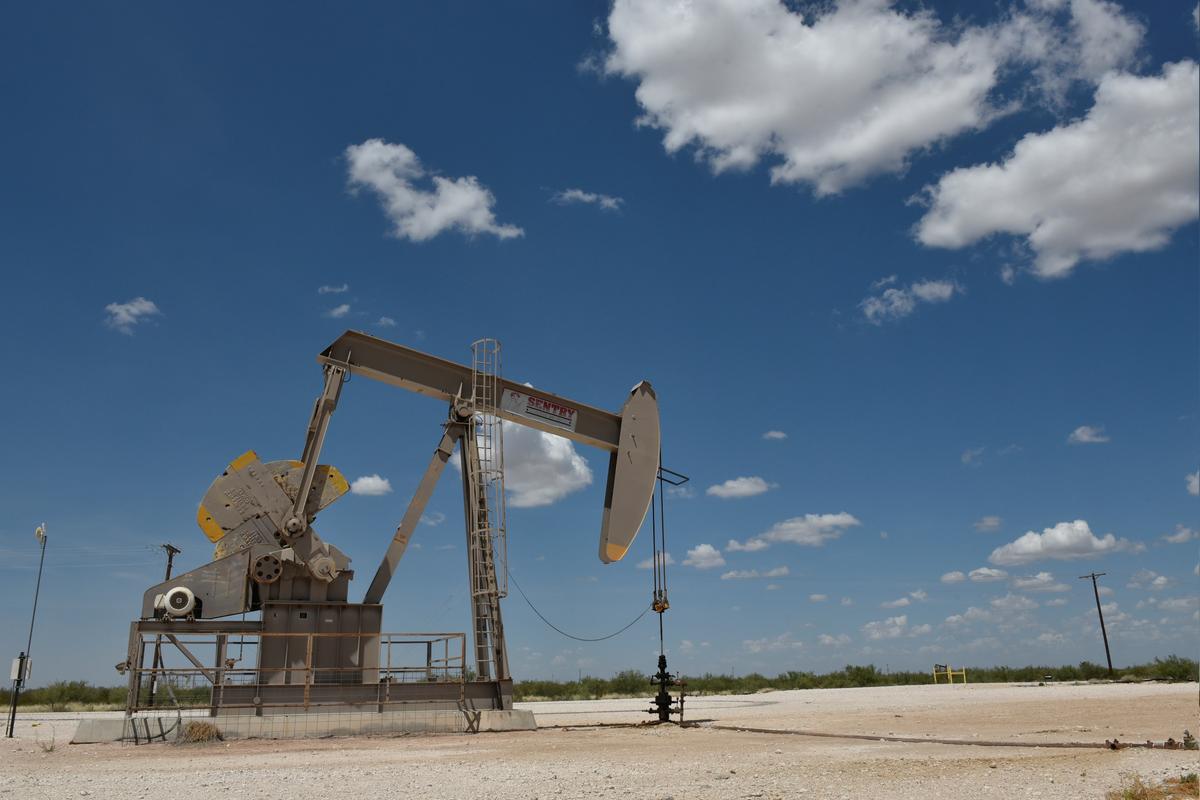 TOKYO (Reuters) – Oil prices skidded on Thursday, declining for the first time in six days, after the U.S. Federal Reserve dampened hopes for a string of interest rate cuts and Sino-U.S. talks ended without apparent progress towards resolving a bitter trade dispute.

The drops came despite a bigger-than-expected decline in inventories in the U.S. and a drop in crude production among OPEC members, along with Libya cutting exports, typically bullish drivers for the market. But U.S. output rose in a market that remains well supplied.

The Federal Reserve cut interest rates on Wednesday, but against expectations the head of the U.S. central bank said the move might not be the start of a lengthy series of cuts to shore up the economy against risks including global economic weakness.

“Supply is plentiful and demand growth is showing signs of weakening globally because of trade conflicts, Brexit and other events that tend to potentially weaken economic growth and, hence, oil demand,” Victor Shum, senior partner at IHS in Singapore said by phone.

“There’s a lot of oil out there. U.S. output is growing strongly and in addition to that there is enough spare capacity in Saudi Arabia alone to offset any significant supply disruptions.”

A Reuters monthly poll showed oil prices are expected to be range-bound near current levels this year as slowing economic growth and the protracted trade dispute between the U.S. and China curb demand.

Meanwhile, negotiators from the United States and China, the world’s two biggest economies, wrapped up a round of trade talks on Wednesday without visible signs of progress and put off their next meeting until September.

U.S. crude oil stockpiles fell for the seventh straight week, declining to their lowest levels since November even as production rebounded and net imports increased, the Energy Information Administration said on Wednesday.

But output rebounded to 12.2 million barrels per day (bpd), near recent levels, from 11.3 million bpd a week earlier.

(For a graphic on ‘U.S. crude inventories, weekly changes since 2017’ click tmsnrt.rs/2y7mC9g)

Oil output among members of the Organization of the Petroleum Exporting Countries (OPEC) hit an eight-year low in July as a further voluntary cut by top exporter Saudi Arabia deepened losses caused by U.S. sanctions on Iran and outages elsewhere in the group, a Reuters survey found.

The 35 best memoirs of 2022 (so far)
Two-year extension of steel tariffs despite plea for imports from manufacturers
London Underground workers vote to strike again in coming months
Woke: Cancelled, No Season Three for Hulu Comedy Series
Shop worker held by police after Rudy Giuliani ‘slapped on the back’