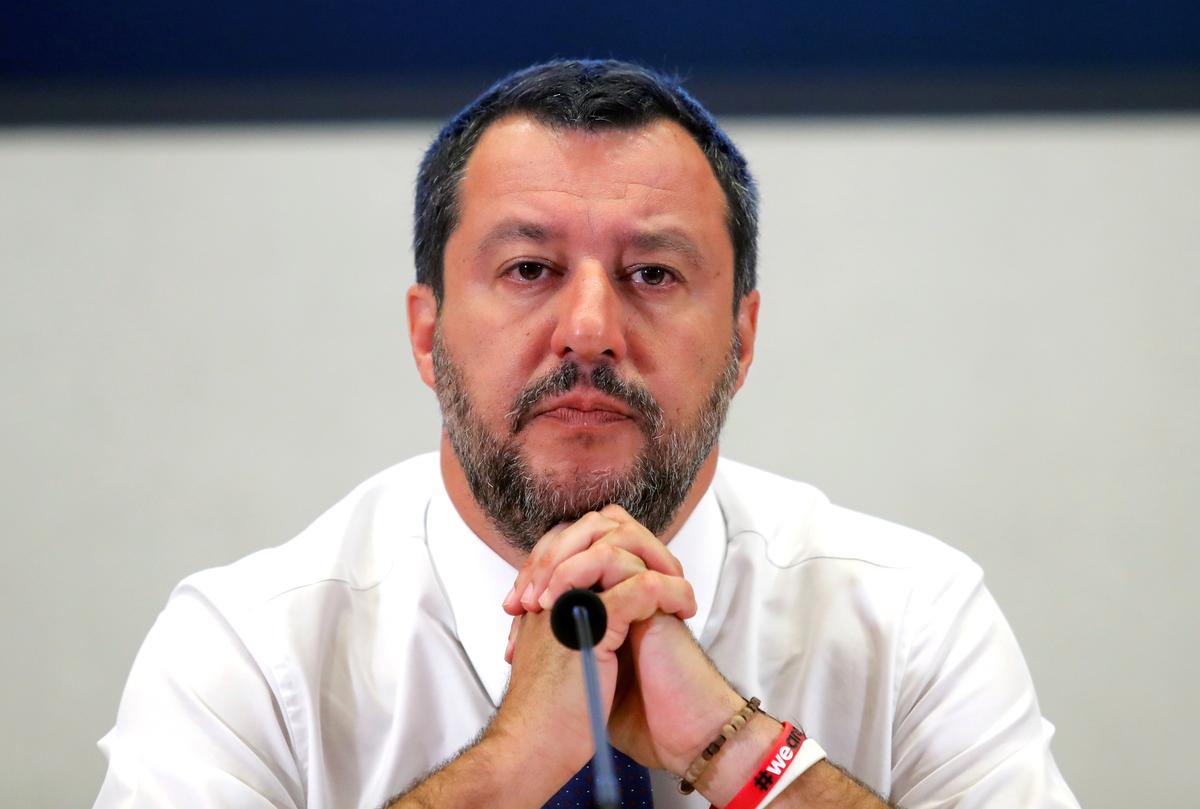 ROME (Reuters) – The European Union ended a standoff with Italy over African immigration on Wednesday, agreeing to take 116 asylum-seekers rescued at sea last week but denied permission to go ashore by the country’s right-wing interior minister.

The EU said that Germany, France, Portugal, Luxembourg and Ireland had agreed to take the asylum-seekers, meeting a condition set by Interior Minister Matteo Salvini for allowing the group to come ashore.

An additional group of those rescued by an Italian coastguard boat last week would be received in Italy with the support of the Catholic Church, it added. Reports last week said there were 135 migrants on the vessel.

A European Commission spokeswoman said the incident showed the urgent need for temporary arrangements to ensure disembarkations of rescued persons in a timely manner.

The French presidency said France was “doing its bit.”

Salvini, who is also Italy’s deputy prime minister, has staked much of his political credibility on a drive to halt migrant flows.

Shutting Italian ports to charity rescue ships has become a frequent strategy in the past year to try to force the EU’s hand over dealing with migrants.

In a statement on Facebook on Wednesday, Salvini said a boat from a German charity carrying 40 rescued asylum seekers off the Libyan coast would now be stopped from disembarking in Italy.

“In the next few minutes I will sign a ban on admission and transit in Italian waters,” Salvini said.

Last August, he prevented another national coastguard boat carrying 150 migrants from docking for five days until Albania, Ireland and Italy’s Catholic Church agreed to take responsibility for them.