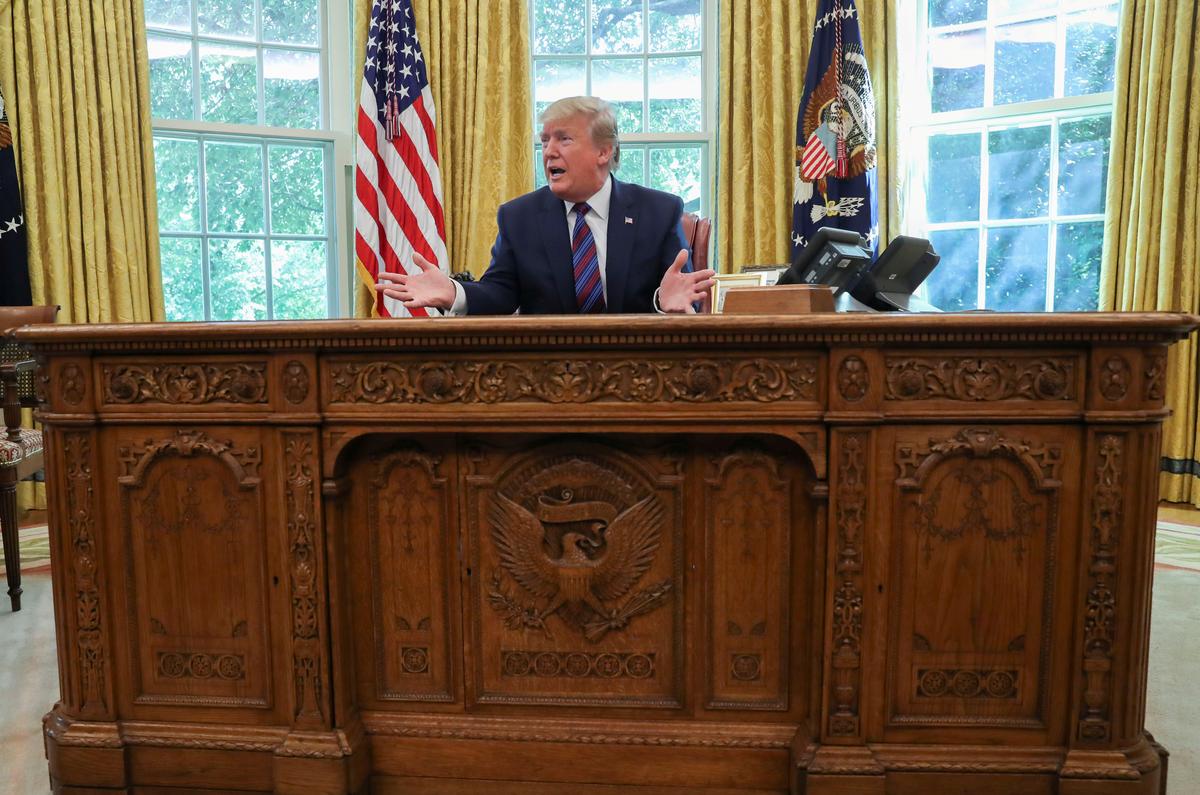 The Republican president, in a series of Twitter posts, directly tied his criticism of Representative Elijah Cummings and Sharpton as well as his ongoing attacks on four racial and ethnic minority Democratic congresswomen dubbed the “squad” to his 2020 re-election bid.

Democrats have called Trump’s weekend remarks disparaging Cummings, a House of Representatives Democrat and a longtime civil rights champion, and his comments about the congresswomen racist – an accusation Trump denied. Trump on Twitter has called the majority-black congressional district in Baltimore that Cummings represents “a disgusting, rat and rodent infested mess.”

Maryland Governor Larry Hogan, a Republican who had considered challenging Trump for the party’s 2020 presidential nomination, blasted Trump’s tweets in an interview with WBAL radio and said the president’s latest Twitter attacks were only further fueling division and political anger nationwide.

“The comments are just outrageous and inappropriate,” Hogan said. “I think enough is enough.”

On Monday, Trump again slammed Cummings and his district over its crime rate.

Many Republicans have refrained from criticizing Trump over his remarks toward Cummings. But Michael Steele, a former lieutenant governor of Maryland who served as chairman of the Republican National Committee from 2009 to 2011, took aim at Trump at a news conference in Baltimore alongside Sharpton.

“Mr. President, your reprehensible comments are like water off a duck’s back when it comes to this community. It just washes off of us,” said Steele, who is black.

Steele urged Trump to visit Baltimore, saying, “Folks want to talk to you. So just show up. Put the tweet down brother, and show up.”

Cummings, chairman of the House Oversight and Reform Committee, is leading a number of congressional investigations into Trump and his administration, and has criticized the president’s handling of migrants.

Trump also targeted Sharpton, who has defended Cummings and the congressman’s district. Sharpton and Trump have ties going back to their New York City circles, but Trump balked at any close past relationship.

“Just a conman at work!” Trump wrote on Twitter.

At the news conference, Sharpton condemned Trump for what he called “a bigoted and racist” attack on Cummings and the people of Baltimore.

“He can say what he wants. Call me a troublemaker, yes: I make trouble for bigots,” Sharpton said.

Trump made clear his tweets targeting Cummings and “squad” members Alexandria Ocasio-Cortez of New York, Ilhan Omar of Minnesota, Ayanna Pressley of Massachusetts and Rashida Tlaib of Michigan were tied to the November 2020 presidential election.

“If the Democrats are going to defend the Radical Left ‘Squad’ and King Elijah’s Baltimore Fail, it will be a long road to 2020,” Trump wrote on Monday.

Like in his 2016 campaign, Trump has made race front and center while Democrats also grapple with the issue as they seek to select a 2020 presidential nominee from a nearly two dozen candidates, including a several racial minorities and women.

Trump’s acting chief of staff Mick Mulvaney on Sunday defended the president, saying the tweets against Cummings were not racist.

Reporting by Donna Owens in Baltimore; Additional reporting by Susan Heavey in Washington and Gabriella Borter in New York; Editing by Scott Malone and Will Dunham