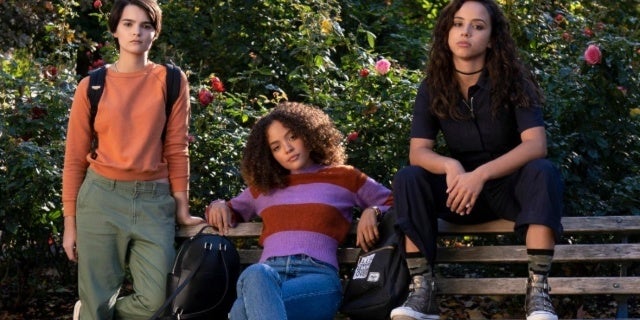 There are almost too many original Netflix shows to keep track of at this point, so it shouldn’t come as much of a surprise that there is an announcement about one either getting cancelled or renewed just about every day. Just last week the streaming service said goodbye to Designated Survivor and Tuca & Bertie, while also handing Big Mouth an additional three seasons. This week, Netflix is getting started early, giving an additional season to the teen drama series Trinkets.

Netflix announced on Monday morning that Trinkets would be getting a second and final season, consisting of 10 episodes. The new installment is currently set to launch sometime in 2020, with filming taking place in Portland, Oregon. You can watch the teaser announcing the second season of Trinkets in the video above.

The video is short and simple, telling fans of the series, “You’ve got questions, we’ve got answers,” showing off various tweets about the end of the first season. Luckily, if anyone felt as though there wasn’t much of an ending in Season 1, they’ll have 10 more episodes to have the story wrapped up.

In addition to giving the series a 10 episode final season order, Netflix has hired Sarah Goldfinger (Charmed) to be the new showrunner for the second installment.

You can check out the official synopsis for Trinkets here:

When three teenage girls from different corners of the high school cafeteria find themselves in the same mandated Shoplifter’s Anonymous meeting, an unlikely friendship forms. Elodie (Brianna Hildebrand, Deadpool) — the grieving misfit, Moe (Kiana Madeira, The Flash) — the mysterious outsider, and Tabitha (Quintessa Swindell, Euphoria) — the imperfect picture of perfection, will find strength in each other as they negotiate the complicated dilemma of trying to fit in while longing to break out.

The first season of Trinkets is now streaming on Netflix.

The crew is recovering from Comic-Con and we’re digging through all the week’s news headed into the weekend. The trailer for Will Smith’s Gemini Man, a new era of X-Men, our expectations for Zombieland Double Tap, as well as what’s new for the Halloween franchise – we’re diving deep in this episode of #ComicBookNation! Make sure to subscribe now to never miss an episode!

The Last of Us: HBO Drops Intense Trailer for TV Adaptation
The Case For Cheesy Holiday Movies
Albanians ‘should be barred’ from claiming UK asylum, minister says
Big win for Joe Biden as Democrats land outright majority in the US Senate, NBC News projects
The White Lotus: Why We’re Really Worried About Tanya