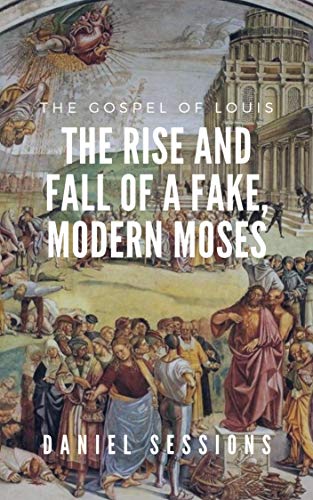 Sensing early that a destiny of immense importance must lie in store for him, Louis Koenig rejects the small and silly life of his so-called peers in a satisfied town in the Rockies, and dedicates himself to bringing out his genius. But his failure to convert seething impulse into art threatens to crush him, and an enigmatic figure arrives with an offer that a desperate Louis cannot refuse. His meteoric rise begins with his production of a book revealing the return of Jesus Christ: a lowlife radical whose voice of new scripture lashes America’s prosperous and powerful in their pursuit of profit and empire.

This portrait inspires the formation of a camp of lowlifes around Louis, who proceeds to enjoy the benefits of playing sun to lost planets. When he leads this fan club to a wild and secluded patch of Africa—where the interests behind him can reign freely over his captive audience—a thousand pioneers blaze past the frontiers of human experience into realms foreseen by prophets, poets, and crackpots.

Beacon Publishing Group is releasing “The Gospel Of Louis: The Rise And Fall Of A Fake, Modern Moses” written by author Daniel Sessions on Friday August 2, 2019. Reserve your copy on Amazon today:

The official website for Beacon Publishing Group may be found at http://www.beaconpublishinggroup.com

Stranger Things’ Jamie Campbell Bower Teases Vecna and Will’s Connection
‘My heart broke for the little girl I used to be’: Abortion ruling deepens divisions in small-town America
‘No way he can keep whip’: Johnson under pressure over ‘drunken groping’ claims against Tory MP
14 Of The Best Rings For Men To Elevate Your Everyday Look (2022 Edition)
PREMIERE: 44 Ardent Drops Mesmerizing Single “intothedeep” via Mammal Sounds Records