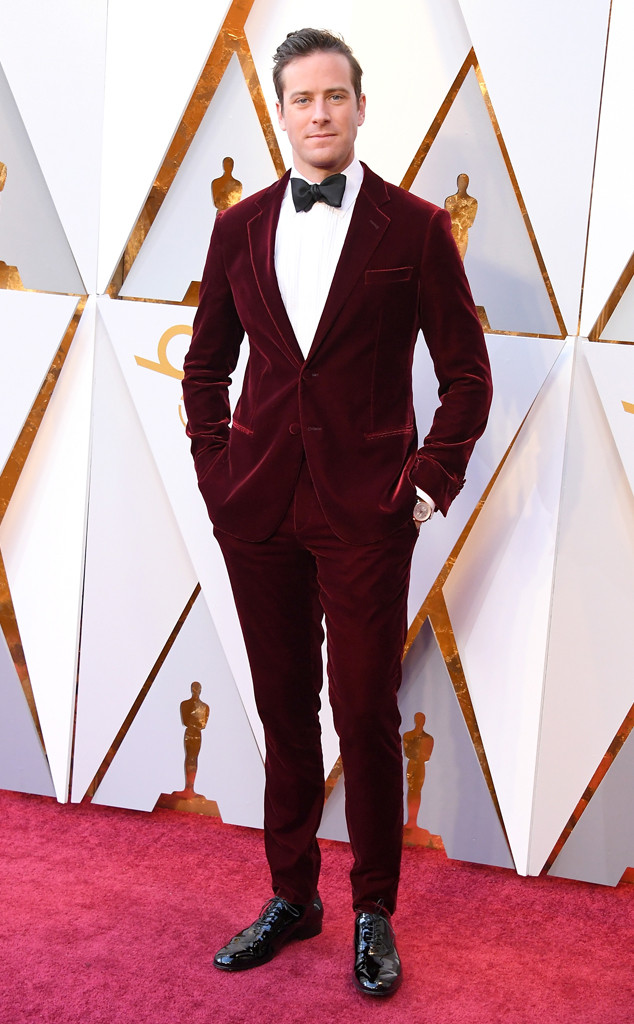 Hey, you clicked. That’s on you.

Armie Hammer took to his Instagram Story on Saturday to post an unusual video: A clip of his second child Ford sucking on his dad’s toes as they hang out at home.

“This is not normal,” says a woman who sounds like the boy’s mother and the actor’s wife, Elizabeth Chambers.

Hammer and Ford then laugh together.

“This happened for a solid 7 minutes #footfetishonfleek,” the actor wrote.

The Call Me By Your Name and Social Network star’s hashtag did not trend. But his name did, for several hours, as the video went viral and the Internet handed down its judgments.

ARMIE HAMMER WHAT TF ARE YOU DOING POSTING THIS 💀💀💀pic.twitter.com/ePhBx2E7qt

Of course, there were memes.

me: I should have dinner with my family
*logs off twitter*
30 minutes later: pic.twitter.com/GhecwyjA2p

The general consensus was…

And you all freaked out about Tom Brady giving his kid a kiss. Smh #ArmieHammer

Chambers later defended her family amid the backlash.

“It wasn’t seven minutes…more like five seconds,” she commented on Perez Hilton‘s Instagram post about the video. Our son likes to play with people’s feet and I put the video on our family stream because this phase is an ongoing joke. Sharing the video on Instagram was def not the best move on A’s part, but I can assure you that our children’s safety and well-being is always our first priority.”

And some other people defended Hammer, too.

“Y’all have nothing better to do, if you’re hyperventilating over Armie Hammer and his son,” tweeted user @ICE_MD. “It’s just toes, people. Toes. Get your minds out of the gutter. I’m with #ArmieHammer.”

Man who died after staying at controversial migrant processing centre had diphtheria
At least one dead, several injured in two explosions at Jerusalem bus stops
15 Short Graphic Novels For When You Lack The Time To Read
The Many Hairstyles of Taylor Russell
Two more Tory MPs announce they are stepping down at next election