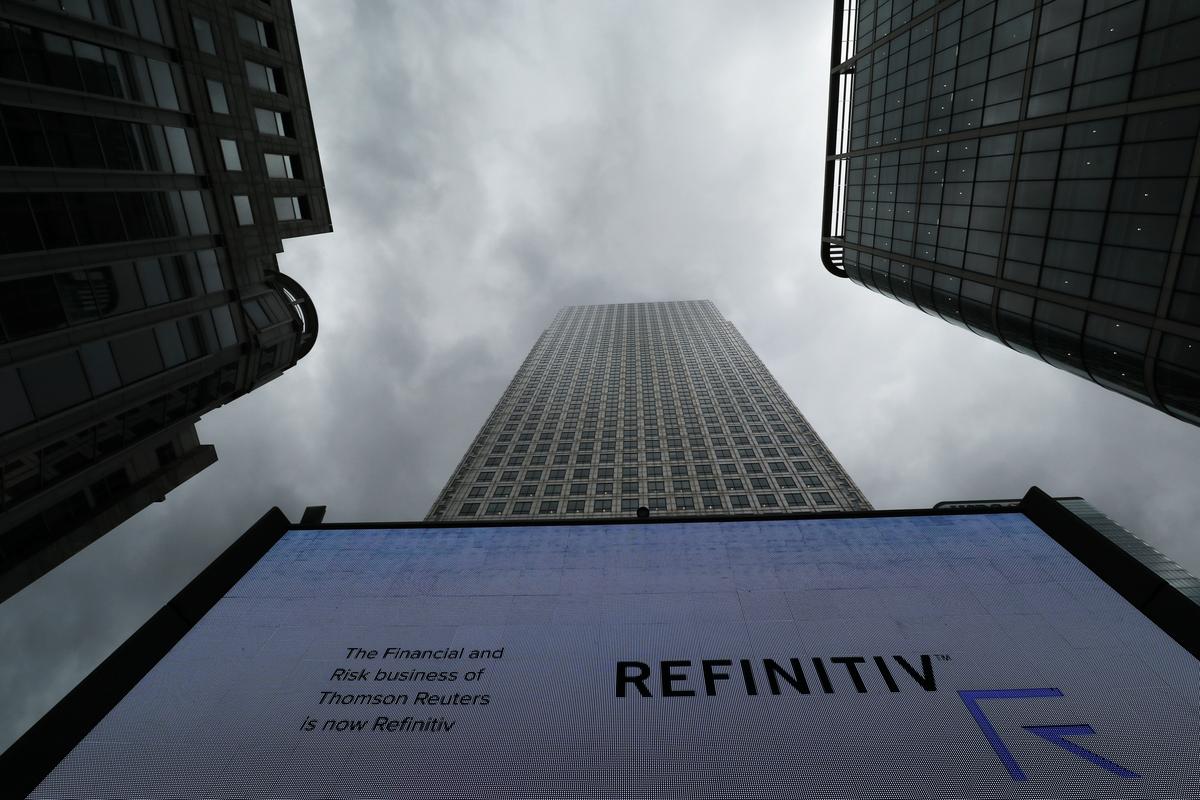 The deal would come less than a year after buyout firm Blackstone Group Inc (BX.N) acquired a majority stake in Refinitiv from Thomson Reuters Corp (TRI.TO), valuing the company at the time at $20 billion including debt.

LSE said it would pay for the deal with newly issued LSE shares as currency, turning Refinitiv’s existing investors into LSE shareholders who would own about 37% of the combined company and hold less than 30% of the voting rights.

Thomson Reuters, a professional information company that is the parent of Reuters News, currently holds a 45% stake in Refinitiv. It confirmed the negotiations in a statement and said it will own a 15% stake in LSE if the deal is completed.

Based on the valuation the deal would assign to Refinitiv, Blackstone will have roughly doubled the value of its original investment in the company, according to a person familiar with the matter, who requested anonymity because the private equity firm keeps that number confidential.

Refinitiv had $12.2 billion in debt as of the end of December as a result of its leveraged buyout by Blackstone, which LSE would assume under the proposed deal.

LSE and Thomson Reuters both cautioned that there is no certainty that discussions between the parties will progress or that a transaction will be forthcoming. A person familiar with the matter said on Friday that if the negotiations conclude successfully, a deal could be agreed next week.

Refinitiv bonds rallied on the prospect of a deal.

Thomson Reuters shares hit a record high to end trading on Friday up 4.5% to C$92.74 in Toronto after the Financial Times first reported on the deal talks. The stock is up 62% since the end of January 2018, when Blackstone and Thomson Reuters announced the deal for Refinitiv.

A merger would significantly expand LSE’s information services business, which the bourse operator has been building as a more stable source of cash flow than its primary transaction-reliant businesses.

“The global exchanges are focusing more and more on data and technology as revenue drivers, and less on the actual matching of buys and sells,” said Kevin McPartland, head of market structure and technology research at Greenwich Associates.

The LSE has failed several times to merge with rival Deutsche Boerse AG (DB1Gn.DE). Schwimmer was appointed CEO last August after the LSE’s most recent attempt to do a deal with Deutsche Boerse failed.

Buying Refinitiv could help soften the blow for LSE from a bout of market volatility that is expected should Britain leave the European Union by an Oct. 31 deadline without an exit deal.

Schwimmer said last month that LSE was “very prepared” for Brexit. The exchange has had to open an EU base in Amsterdam for Turquoise, its London-based pan-European share trading platform.

London-based Refinitiv provides financial markets data and infrastructure to more than 40,000 clients in over 190 countries, according to its website.

It caters to traders and investment professionals, who also use LSE’s exchanges. It is the biggest client for news of Reuters News under a 30-year contract signed last year.

Thomson Reuters said in its statement on Friday that this contract will continue if Refinitiv’s ownership changes.

Under Blackstone’s majority ownership, Refinitiv has been shedding non-core assets. In April, it launched an initial public offering of Tradeweb Markets Inc (TW.O), an electronic trading platform for bonds and derivative instruments.

It has also been in talks with Deutsche Boerse about selling its foreign exchange electronic trading platform FXall.

Private equity firms such as Blackstone aim to buy businesses so they can subsequently sell them at a profit, typically between three and five years later.

A deal with London Stock Exchange for Refinitiv so soon after the carve-out from Thomson Reuters could prove to be a quick, profitable flip for Blackstone, which last week said its assets reached a record $545 billion.

China COVID crisis prompts sharp falls in oil and stock markets
Spotify Unwrapped Reveals Most Streamed Artists and Songs of the Year
1st Base Runner Is the New ‘Night Stalker’ With 5th EP in Two Years [Video]
Chicago Med Spoilers: How Will Brian Tee Be Written Off the Show?
China competing with West ‘will lead to clash’ and UK ‘has been asleep to threat for decades’