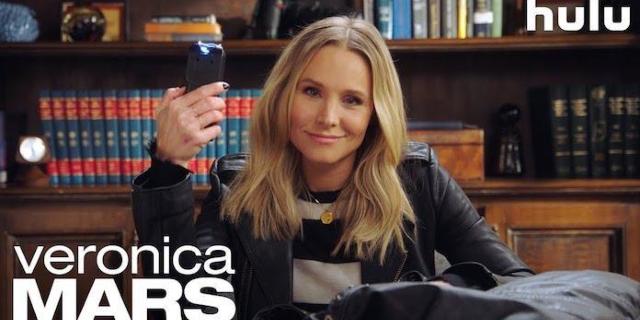 Veronica Mars is back on Hulu, but while fans are going to reunite with many of their favorite characters from the original series and previous film, there are going to be some changes to those characters. That’s especially true for Veronica herself, who has rarely been in a place where she’s not the smartest and most mature person in the room. ComicBook.com had the chance to speak to Veronica Mars star Kristen Bell about how Veronica has changed when things pick up in the Hulu series, and for Bell it’s mostly the fact that Veronica finds herself in a world that has changed immensely since the last time we saw her, and she’s trying to come to terms with that a bit.

“Yeah it’s interesting there’s, little things have changed in her life but the majority of it is that her perspective has changed,” Bell said. “You know we did the first three seasons when she was in high school, then we did the movie and the movie was a love letter to the fans. It was every Easter Egg, everything that they would want to see because we kickstarted it, and that was their movie. This new season is a darker world for Veronica.”

“You know she’s still dating Logan but there’s this strange shift because he’s been the bad boy her whole life and now he’s gone through 10 years of therapy and he’s the evolved one and now Veronica’s the stagnant one,” Bell said. “She’s the one that won’t commit and the world around Veronica is darker and more dangerous because the world’s adult. The world that adults play in, not the world that kids live in, so Veronica carries a gun. She is a responsible gun owner because she’s a P.I. She has a healthy sex life. Everything about it is just much more adult.”

You can find the official description below.

“Spring breakers are getting murdered in Neptune, thereby decimating the seaside town’s lifeblood tourist industry. After Mars Investigations is hired by the parents of one of the victims to find their son’s killer, Veronica is drawn into an epic eight-episode mystery that pits the enclave’s wealthy elites, who would rather put an end to the month-long bacchanalia, against a working class that relies on the cash influx that comes with being the West Coast’s answer to Daytona Beach”

The crew is recovering from Comic-Con and we’re digging through all the week’s news headed into the weekend. The trailer for Will Smith’s Gemini Man, a new era of X-Men, our expectations for Zombieland Double Tap, as well as what’s new for the Halloween franchise – we’re diving deep in this episode of #ComicBookNation! Make sure to subscribe now to never miss an episode!