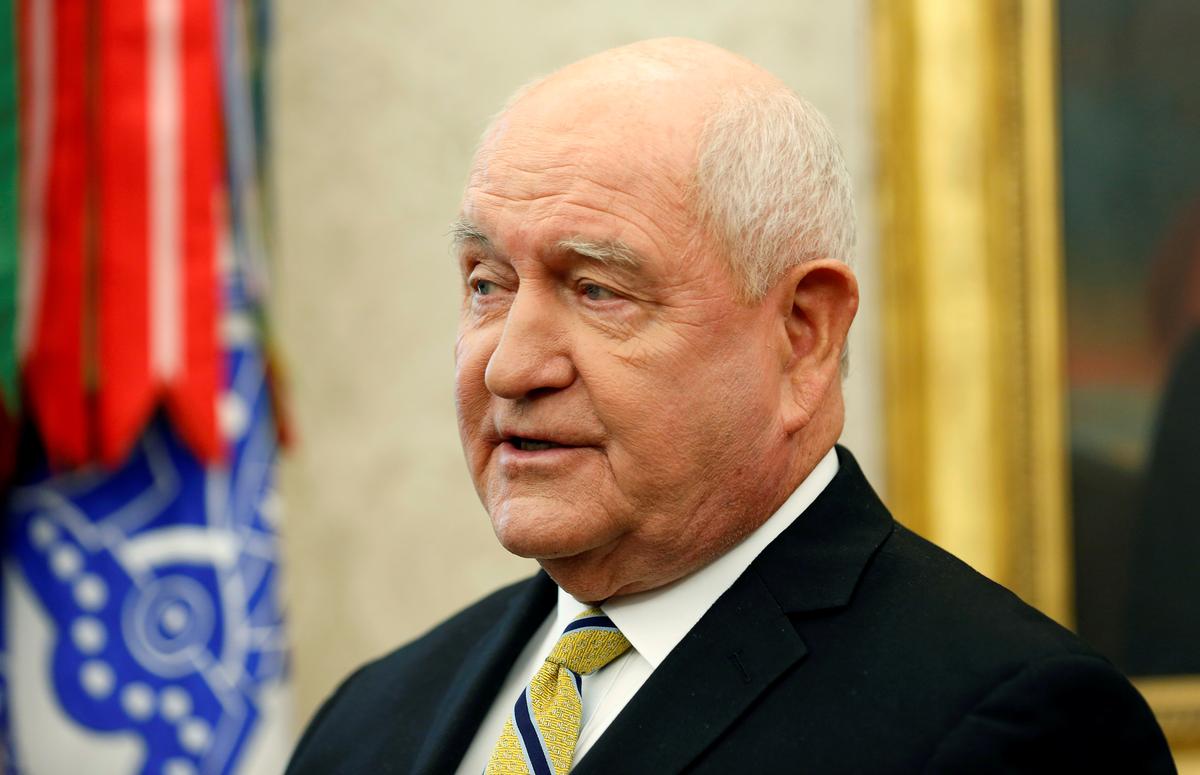 WASHINGTON/CHICAGO (Reuters) – The U.S. government will pay American farmers hurt by the trade war with China between $15 and $150 per acre in an aid package totaling $16 billion, officials said on Thursday, with farmers in the South poised to see higher rates than in the Midwest.

U.S. farmers, a key Trump constituency, have been among the hardest hit in the year-long trade war between the world’s two largest economies. Shipments of soybeans, the most valuable U.S. farm export, to top buyer China sank to a 16-year low in 2018.

Democrats criticized the move, saying farmers needed fair trade instead of a bailout. Agriculture Secretary Sonny Perdue argued that U.S. farmers were disproportionately hurt by the trade dispute and that the new round of aid was justified.

“President Trump has a great affection for America’s farmers and ranchers and it’s pretty evident in this program,” Perdue said. “He knows that they are fighting the fight and they are on the front line.”

In the new aid package, the U.S. Department of Agriculture said it would pay farmers according to geographic location rather than by crop – a change from last year.

“There were a number of factors from last year’s programs that we wanted to correct,” USDA Chief Economist Rob Johansson said in a call with reporters.

Farmers in the cotton-growing Mississippi Delta states stand to be the greatest beneficiaries of the program, according to a Reuters analysis of the payment rates posted online.

The average county payment rate is about $95 per acre in Alabama, $87 in Mississippi and $70 in Louisiana. Payment rates were lower in the Midwest, with a $69-per-acre county average in Illinois, the country’s top soybean producer, and a $66 average in Iowa, the top corn- and hog-producing state.

Johansson said the minimum and maximum payment rates were based on an analysis of 10 years of trade data and the amount countries with retaliatory tariffs, including China and India, could have imported.

“These payments are enough to make a difference, kind of get us to the harvest,” said Tim Bardole, an Iowa corn and soybean farmer.

To be eligible for payments, crops must be planted by Aug. 1, 2019, the USDA said. The number of farm acres that could not be planted was at a historic level this year because of Midwest flooding, officials said, further straining the farm economy.

NOT A LONG-TERM SOLUTION

While farm and industry groups welcomed the support, they continued to push for the Trump administration to end trade fights and strike deals with top export markets.

Such federal financial support, the Illinois Farm Bureau said in a statement, “is not a long-term solution.” The National Cotton Council said there had been significant cancellations and deferrals of U.S. cotton sales to China over the past year.

Trade talks between China and the United States broke down in May after getting close to a potential agreement and were only revived in a meeting between Trump and Chinese President Xi Jinping last month.

Next week, top U.S. and Chinese negotiators will be meeting face-to-face for the first time since then.

Promises of large agricultural purchases by China have been a key element of a potential deal, but Washington has complained that Beijing has not delivered on those fully. Perdue said that of the 20 million tonnes of soybeans China committed to buy, 13.6 million tonnes had been purchased so far.

USDA officials said sign-ups for the payments would begin on Monday and last until Dec. 6. Additional payments are scheduled for November and January but will depend on whether trade disputes are still ongoing.

Reporting by Humeyra Pamuk in Washington and Karl Plume in Chicago; Additional reporting by P.J. Huffstutter and Caroline Stauffer in Chicago and Ayenat Mersie in New York; Editing by Bernadette Baum and Peter Cooney