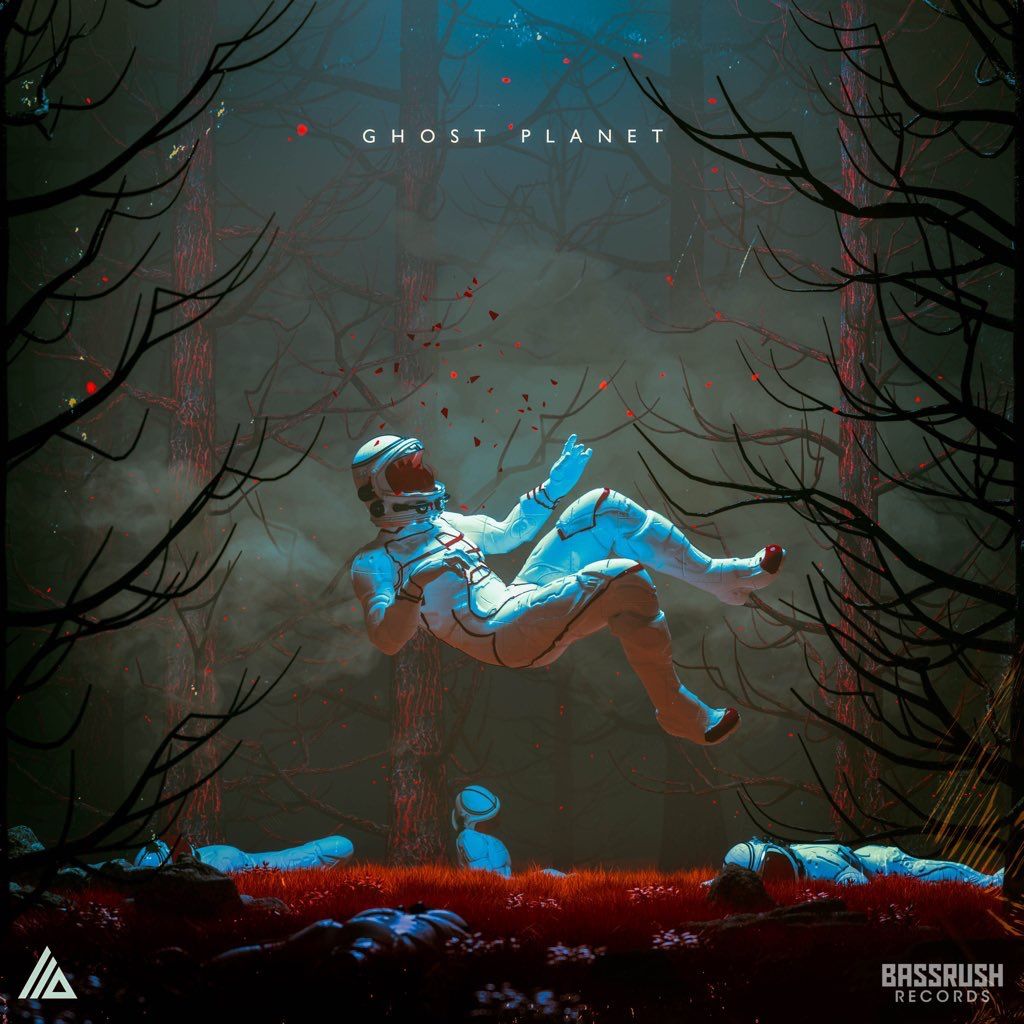 It’s been a long road to ATLiens‘ sophomore EP, Ghost Planet. After releasing Invasion last year, the duo has traveled the world and tuned into “their” sound. Each artist takes a while to really zero in on what they want their sound to be, but with this EP, it seems ATLiens has done it.

The cohesion within the EP is one of the first things that I noticed about it. Each track follows a similar sonic theme and pushes it to the limit, all while keeping the creativity and style of the brand. For the most part, this boils down to two elements: minimalism, and weird bass. This could effectively classify a swath of artists, but ATLiens easily make it their own over the course of these six tracks (given “SCP-231” is basically an intro).

“Fuck That” is probably the most prime example of these elements, with a bass so deep and minimal it will shake your walls just on its own. Only a few synths, and even percussion for that matter, are used to elevate this simple and deadly tune.

On the other hand, “Exterminate” with Hairitage is the most balls out dubstep tune on the release, completely the opposite of minimalist — but still pushing the weird bass motif. As short as it is, it packs a massive punch.

Ghost Planet is now available to listen to in full via Bassrush Records.