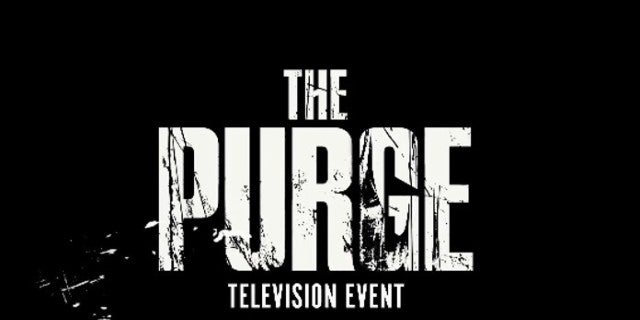 USA Networks is bringing back The Purge TV Series for a second installment, and now we’re getting our first look at what that sophomore season will be! Take a look at The Purge season 2 trailer above, and then we’ll break down what we know about this new chapter of the franchise!

Here are the early character descriptions and overall plot synopsis for The Purge season 2, via Deadline:

“Based on the hit movie franchise, The Purge revolves around a 12-hour period when all crime, including murder, is legal. Season 2 explores how a single Purge night affects the lives of four interconnected characters over the course of the ensuing year, all inevitably leading up to the next Purge. The second season of the anthology series opens on Purge night but dives deeper than ever before in to what the Purge world looks like the other 364 days of the year.

The Purge Season 2 is executive produced by the film franchise creator James DeMonaco, who executive produces along with his partner for Man in a Tree, Sébastien K. Lemercier; Krystal Houghton Ziv, James Roland, Tim Andrew, and Jason Blum. Additionally, Michael Bay, Brad Fuller and Andrew Form, from the film franchise, serve as executive producers under the Platinum Dunes banner, as does Thomas Kelly. The series is a co-production between Blumhouse Television and UCP (Universal Content Productions).”

Season 1 of The Purge turned out to be a hit for USA, scoring top-tier ratings for scripted cable series, in the desirable demos of 18-49, and beyond. It was only sensible for USA to renew it; in addition to this series, The Purge movie series that started the franchise is working up to a new installment, The Purge 5, which will hit theaters next summer. This TV series remains one the only such spinoffs that’s been directly referenced in the movie franchise, which helps to keep it feeling even more relevant than it otherwise would have.

US judge stops Kentucky imposing almost complete ban on abortion
What’s Not to Love About Cameron Diaz and Her Iconic Rom-Coms
Tragedy as another child dies in US after being left in hot car for hours
Real World Homecoming’s Danny Roberts Argues the Handling of His HIV Journey Failed Pedro Zamora
San Pacho Blends Mariachi & House with Electrifying Single, “Trompeta”