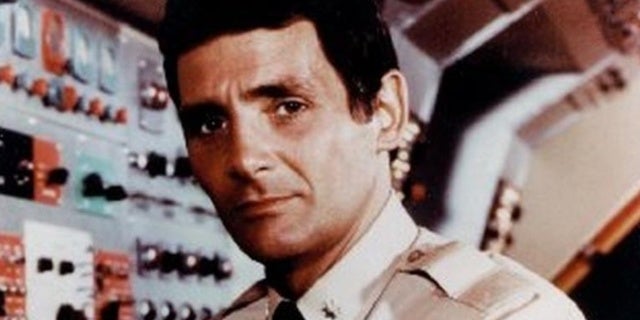 David Hedison, an actor whose filmography includes Voyage to the Bottom of the Sea, the James Bond franchise, and the original The Fly, has passed away at the age of 92. According to his daughters Alexandra and Serena, who announced his death (via Deadline), he “passed away peacefully” on Thursday, July 18th in Los Angeles.

Hedison began his career in the theater, in which he operated under his given name of Al Hedison. Hedison quickly made his way to the Off-Broadway realm, where he worked alongside the works of Uta Hagen and Michael Redgrave.

Hedison signed a contract with 20th Century Fox in 1957, and starred alongside Vincent Price in The Fly just a year later. In that film, Hedison played Andre Delambre, a scientist who soon gets his DNA spliced with a fly after a freak accident.

As Hedison’s career went on, his filmography included The Son of Robin Hood, The Lost World, and Five Fingers. He then gained a whole new sort of notoriety in 1964, with his role as Captain Lee Crane in the Voyage to the Bottom of the Sea TV series. The project ran until 1968.

Hedison went on to play Felix Leiter in two James Bond movies – Live and Let Die and License to Kill. He became the first actor to play the role across more than one film.

In his later years, Hedison’s roles included a fifty-episode stint on The Young and the Restless, and voicing Jor El in Superman and the Secret Planet. His final role was as “Interviewee #2” in Confessions of a Teenage Jesus Jerk.

Our thoughts are with Hedison’s family, friends, and fans.

FBoy Island: Cancelled by HBO Max, Season Three Being Shopped by STXalternative
Tom Brady Shares Encouraging Text He Got From Son Benjamin Before Game
Here are the Best Books of 2022, According to Buzzfeed
Man arrested over fatal shooting of Migos rapper Takeoff
‘May the Force be with you’: PM ‘sad’ as Javid to step down at next general election