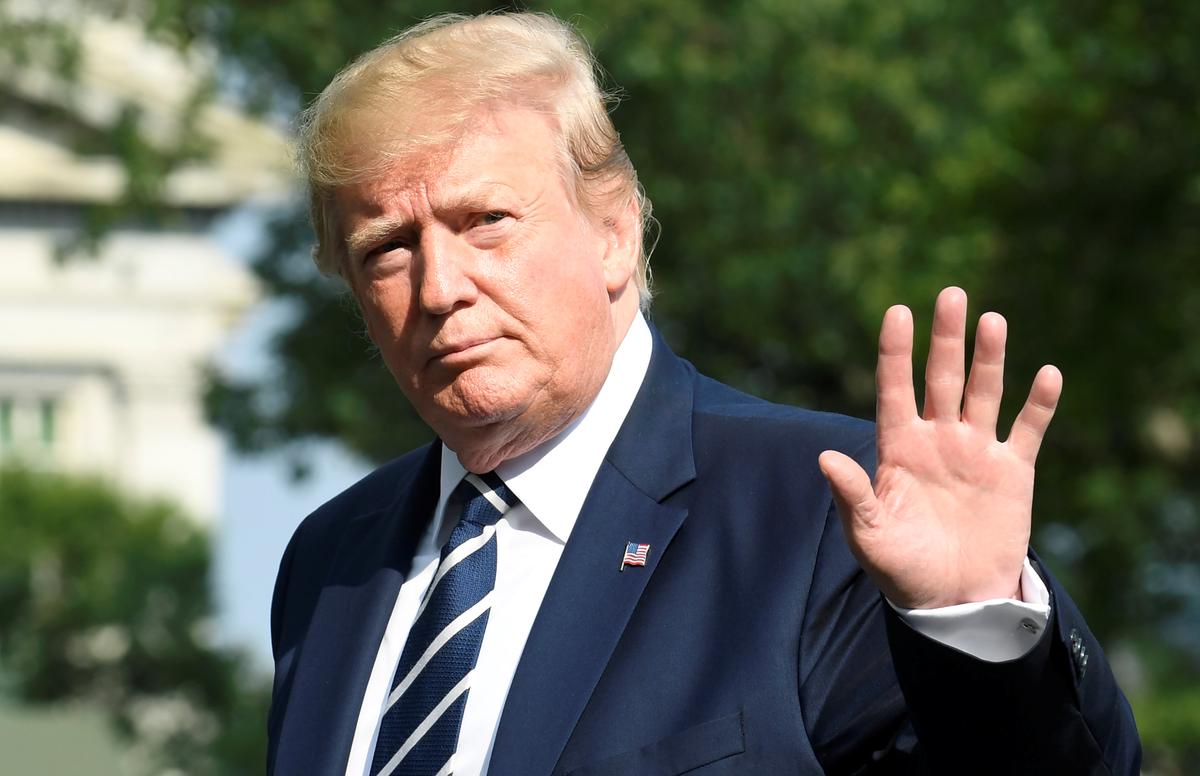 WASHINGTON (Reuters) – U.S. President Donald Trump is expected to drop in on a Monday meeting of top technology companies, including the chief executives of Intel Corp and Broadcom Inc, held to discuss blacklisted Huawei Technologies Co Ltd and other topics, two people briefed on the matter said.

White House economic adviser Larry Kudlow will preside over the roundtable, which was confirmed by a White House official on Friday. The official said executives from Alphabet Inc’s Google and Micron Technology Inc will also attend and that it had been called to discuss economic matters.

Qualcomm Inc was also invited to the afternoon meeting, which did not appear on Trump’s official schedule.

The White House, Intel and Broadcom did not immediately respond to a request for comment.

The meeting comes at a time of lingering uncertainty over the future of U.S. companies’ ties to Huawei, the world’s largest telecommunications equipment maker. It was placed on a U.S. blacklist in May, with the government citing national security concerns.

The move banned U.S. companies from selling most U.S. parts and components to Huawei without special licenses. But Trump said last month sales could resume as he sought to restart trade talks with Beijing.

Clarity on what the new policy towards Huawei will be has been slow to emerge.

Ross has said licenses would be issued where there is no threat to national security. Reuters reported last week that the United States could approve licenses for companies to restart new sales in a matter of weeks.

FILE PHOTO: U.S. President Donald Trump waves to the press as he returns to the White House, Washington, U.S., after a weekend at his golf club in Bedminster, New Jersey, July 21, 2019. REUTERS/Mike Theiler

However, the Washington Post reported on Monday that Huawei secretly helped North Korea build and maintain its commercial wireless network.

That may bolster China hawks in the U.S. government who see Huawei as a real national security risk, over those who seek a more lenient policy to appease Beijing amid ongoing trade talks between the world’s two biggest economies.

The United States accuses Huawei of violating Iran sanctions and stealing American intellectual property, and says its equipment could be used to spy for the Chinese government.

‘Another blatant example of double standards’: Qatar reviews investments in London after ad ban
The Best Books of the Year According to The New York Times
Jonathan Majors Had A Sweet Take When He Learned He’d Broken The Internet With His Ripped Physique
Labour wins City of Chester by-election
8 Best Burberry Colognes For Men: Our Favourite All Season Smells 2022