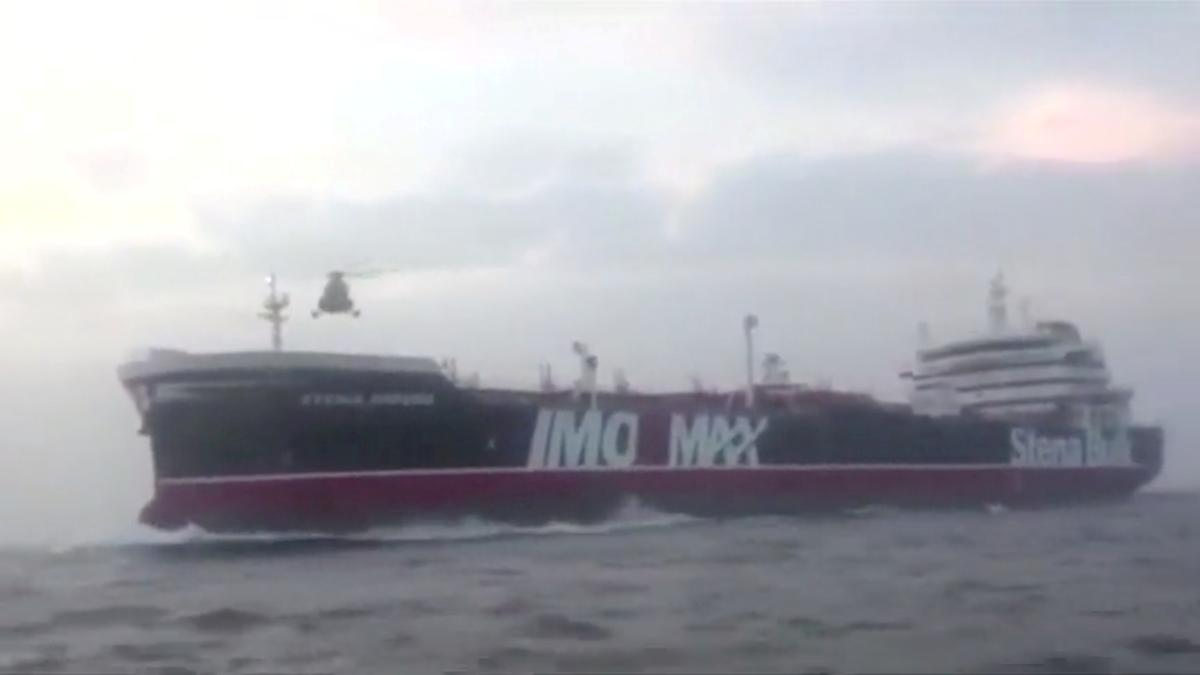 FILE PHOTO: A helicopter hovers over British-flagged tanker Stena Impero near the strait of Hormuz July 19, 2019, in this still image taken from video. Pool via WANA/Reuters TV via REUTRS

CAIRO (Reuters) – Saudi Arabia’s minister of state for foreign affairs on Sunday condemned Iran’s seizure of a British flagged tanker in the Strait of Hormuz and urged the international community to take action to deter such “unacceptable” behavior.

“Any attack on the freedom of navigation is a violation of international law,” Adel Aljubeir said in a Twitter post.

“Iran must realize its acts of intercepting ships, including most recently the British ship, are completely unacceptable. The world community must take action to deter such behavior,” he added.

Iran said on Friday it had seized Britain’s Stena Impero tanker, which had been heading to a port in Saudi Arabia and suddenly changed course after passing through the strait at the mouth of the Gulf.