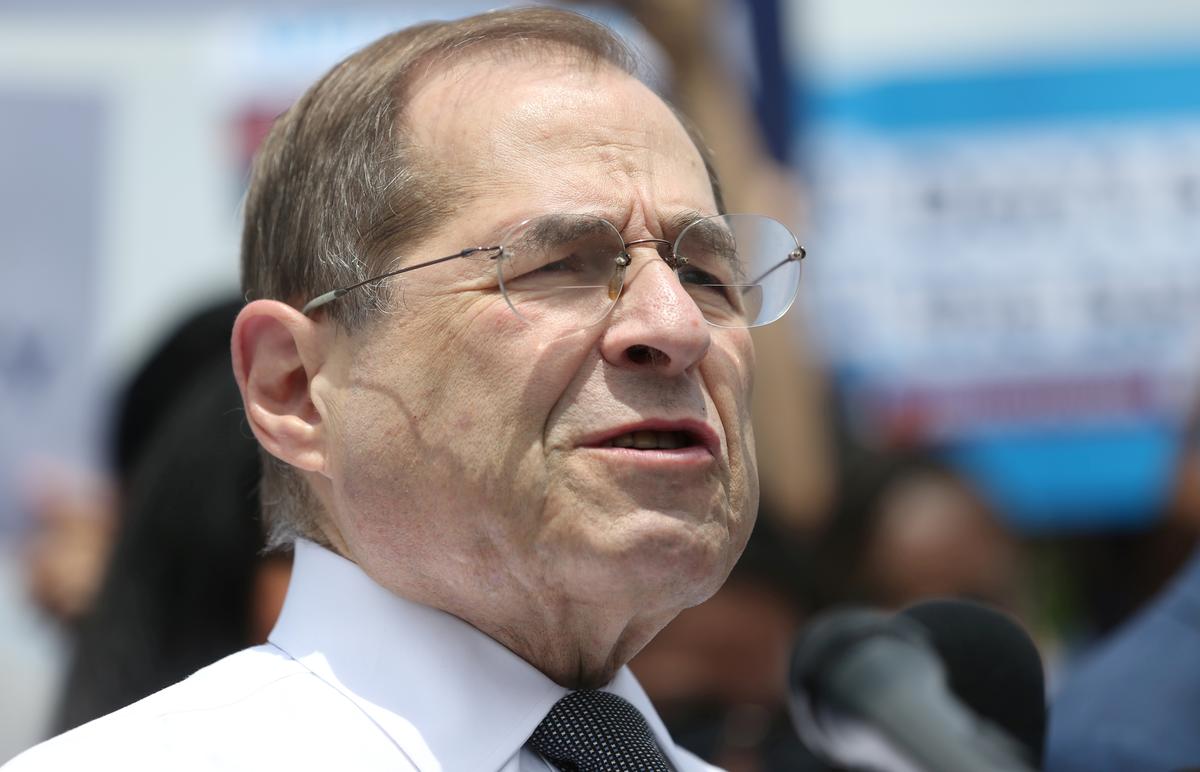 WASHINGTON (Reuters) – The top Democrat on the U.S. House Judiciary Committee said Sunday he believes there is “substantial evidence” that President Donald Trump committed high crimes and misdemeanors, and he plans to ask former Special Counsel Robert Mueller to present those facts at a congressional hearing on Wednesday.

“The report presents very substantial evidence that the president is guilty of high crime and misdemeanors, and we have to let Mueller present those facts to the American people and then see where we go from there,” House Judiciary Committee Chairman Jerrold Nadler said on “Fox News Sunday.”

“The administration must be held accountable, and no president can be above the law.”

Nadler’s comments are significant because evidence of such crimes would be required if Democrats pursue impeachment proceedings against the president.

In two nationally televised back-to-back hearings on Wednesday before the House Judiciary and Intelligence committees, Democrats are expected to try and get Mueller to focus his testimony on specific examples of Trump’s misconduct.

By having Mueller lay bare the unflattering details of how Trump tried to stymie the investigation into his campaign, Democrats hope they can build support for their ongoing investigations into the president and potentially, impeachment proceedings.

Some Democrats in Congress support impeaching Trump, but they have not managed to win traction from House Democratic leadership including Speaker Nancy Pelosi, who has preferred a more cautious approach that entails conducting congressional fact-finding investigations into Trump’s conduct.

Last week, the House voted 332-95 to table an impeachment resolution.

Mueller completed his nearly two-year long probe into Russian meddling in the 2016 election in March, and the Justice Department released a redacted copy of his report in April.

The report laid out numerous contacts between Russian officials and Trump’s campaign, but found no evidence of a criminal conspiracy.

It also gave examples of 10 incidents in which Trump sought to hinder the investigation, but it did not draw any conclusions on whether Trump obstructed justice.

Whether Democrats will get Mueller to discuss Trump’s conduct in detail remains to be seen.

Mueller has made it clear he has no desire to appear before Congress, saying the report is his testimony, and he is also notorious for being tight-lipped and for giving one-word answers in hearings.

“We hope it won’t end up being a dud,” he said of the hearing.

Meanwhile, Nadler said Sunday he plans to go to court “within a couple of days” after the Mueller hearings to enforce a subpoena, after the White House ordered former White House Counsel Don McGahn not to testify about incidents he witnessed which many say show Trump tried to obstruct justice.