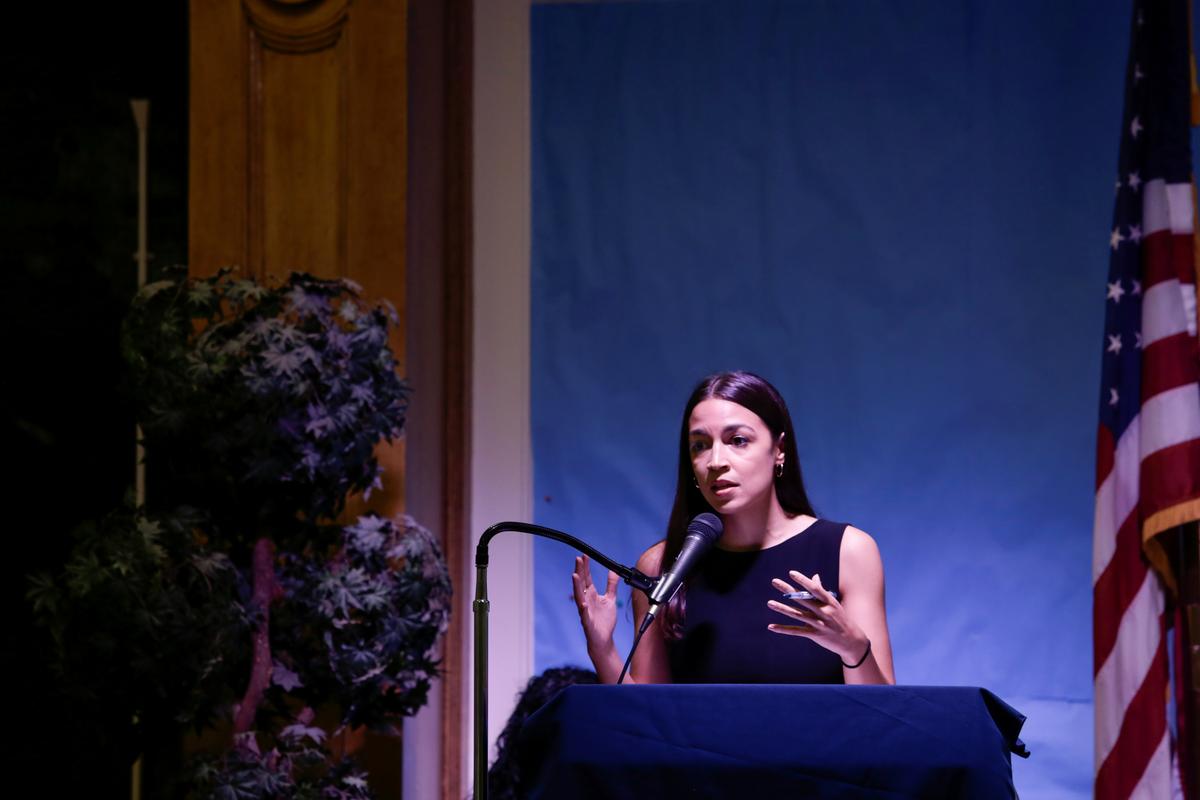 WASHINGTON (Reuters) – U.S. President Donald Trump on Sunday stepped up his attacks on four liberal Democrats in Congress, all women of color who have criticized his policies, calling on them to apologize as he himself faced charges of racism.

“I don’t believe the four Congresswomen are capable of loving our Country. They should apologize to America (and Israel) for the horrible (hateful) things they have said,” Trump said in a Twitter post.

Trump ignited controversy last weekend when he tweeted that the Democratic congresswomen should “go back” to where they came from if they do not like the United States.

Three of the lawmakers – U.S. Representatives Alexandria Ocasio-Cortez of New York, Ayanna Pressley of Massachusetts, and Rashida Tlaib of Michigan – were born in the United States. Representative Ilhan Omar of Minnesota came as a refugee from Somalia and is a naturalized citizen.

The first-term congresswomen, known as “the squad,” have been highly critical of Trump and have also challenged their own Democratic leadership. Tlaib and Omar have been outspoken critics of Israel’s government.

U.S. Representative Elijah Cummings, the Democratic chairman of the House of Representatives Oversight Committee, denounced Trump’s latest attack and said he had “no doubt” that Trump was a racist.

“These are folks and women who love their country and they work very hard and they want to move us toward that more perfect union that our founding fathers talked about,” Cummings, who is African-American, said on ABC’s “This Week.”

The Democratic-led House of Representatives passed a resolution on Tuesday that said the House “strongly condemns President Donald Trump’s racist comments.” The symbolic measure was aimed at shaming Trump and the Republicans who stood by him.

Unbowed, Trump launched a blistering critique of Omar during a rally in North Carolina on Wednesday night, pausing when the crowd erupted into chants of “Send her back.”

After some fellow Republicans denounced that language, Trump said the next day he did not agree with the chants. On Friday, however, he defended the North Carolina crowd as “incredible patriots.”

“Roll back the tape … He relished it. He took it in and he’s doing this intentionally,” she said on Saturday at a town hall meeting on immigration in New York.

U.S. Senator Cory Booker, who is seeking the Democratic presidential nomination, said on Sunday Trump was “worse than a racist.”

“He is actually using racist tropes and racial language for political gain,” Booker said on CNN’s “State of the Union.”

Stephen Miller, Trump’s top immigration adviser, said the president made clear he disagreed with the “Send her back” chants.

“The core issue is that all the people in that audience, and millions of patriotic Americans all across this country are tired of being beat up, condescended to, looked down upon, talked down to by members of Congress on the left in Washington, D.C., and their allies in many quarters of the media,” he said on “Fox News Sunday.”