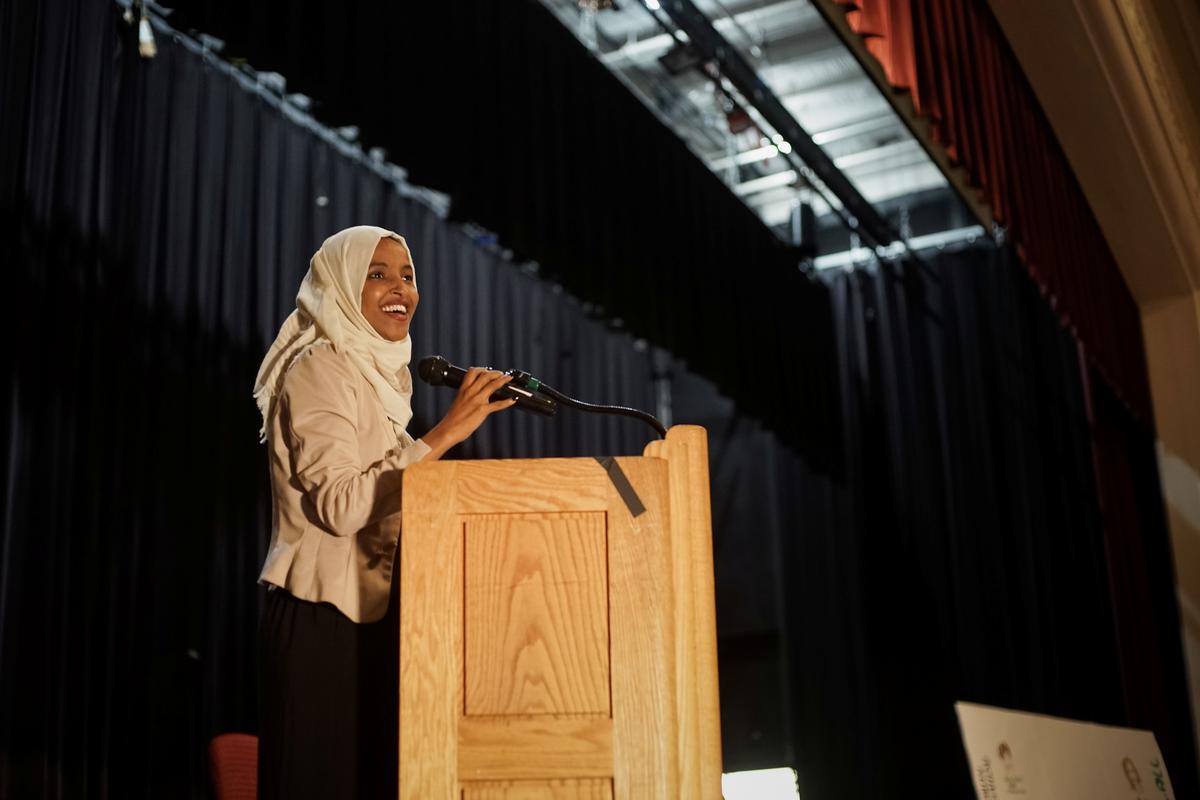 A day after saying his audience at a campaign rally in North Carolina went too far in chanting “Send her back!” about Somalia-born Representative Ilhan Omar of Minnesota, Trump on Friday defended the crowd members as “incredible patriots.”

Trump’s attacks on the four liberal congresswomen – known on Capitol Hill as “the squad” – have been condemned by Democrats as racist, but many Republicans have shrugged them off.

Last weekend he ignited the firestorm by tweeting the four should “go back” to where they came from if they do not like the United States.

All four are American citizens. U.S. Representatives Alexandria Ocasio-Cortez of New York, Ayanna Pressley of Massachusetts and Rashida Tlaib of Michigan were born in the United States while Omar came as a refugee from Somalia and is a naturalized citizen.

All four are known as sharp critics of both Trump and the Democratic leadership in the U.S. House of Representatives.

Trump, talking to reporters on the White House South Lawn prior to a weekend visit to his golf club in Bedminster, New Jersey, agreed that the four have a constitutionally protected freedom of speech, but that he has the right to respond.

Trump said Omar in particular is “lucky to be where she is, let me tell you, and the things that she has said are a disgrace to our country.”

Omar on Thursday had said Trump was “spewing fascist ideology.”

Trump also said he did not care whether the fight helped him politically. A Reuters/Ipsos poll earlier this week said a majority of Republicans supported his comments.

“I don’t know if it’s good or bad politically, I don’t care,” he said. “If the Democrats want to embrace people that hate our country … it’s up to them.”

Ocasio-Cortez shot back with a tweet on Friday, saying the Republican Party “wants to send us back: Back toward injustice, Back to the denial of science, Back to the times when women needed permission slips from men, Back to racism – But we won’t go back. We will move forward.”

Posthumous debut album from i_o with Lights comes two years after his untimely passing
Minka Kelly and Imagine Dragons’ Dan Reynolds Spotted Out Together
Chicago Med Spoilers: How Will Brian Tee Be Written Off the Show?
‘Most difficult winter’: Strikes on energy mean Ukraine facing toughest 125 days in post-Soviet history
PM faces first test at ballot box as Chester voters prepare to have their say