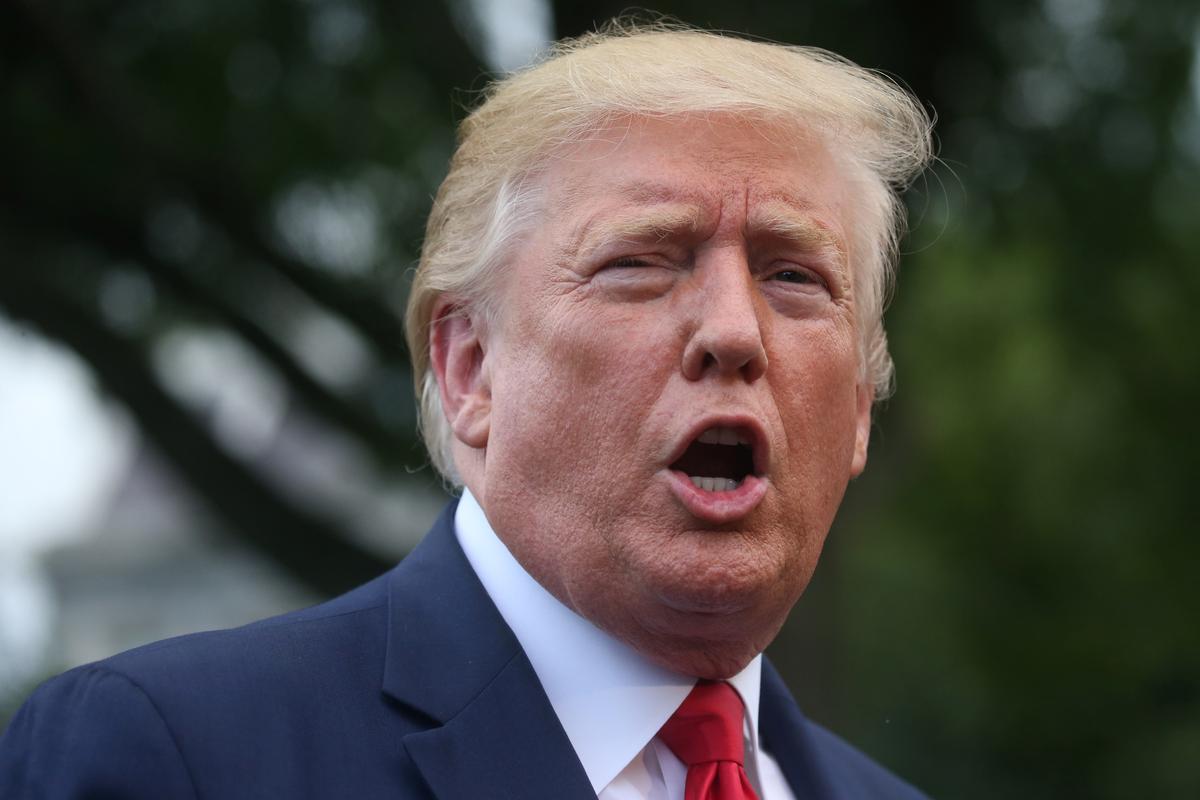 GREENVILLE, North Carolina/WASHINGTON (Reuters) – President Donald Trump intensified his vilification of four liberal lawmakers as un-American at a raucous rally on Wednesday, underscoring that the attacks will be a key part of his strategy for winning re-election in 2020.

Despite criticism from Democrats that his comments about the four minority congresswomen are racist, Trump went on a 20-minute diatribe about them, saying they were welcome to leave the country if they do not like his policies on issues such as immigration and defending Israel.

“So these congresswomen, their comments are helping to fuel the rise of a dangerous, militant hard left,” Trump said to roars from the crowd in North Carolina, a state seen as key to his re-election.

Trump tweeted on the weekend that the four progressive representatives, known as “the squad” – Ilhan Omar of Minnesota, Alexandria Ocasio-Cortez of New York, Rashida Tlaib of Michigan and Ayanna Pressley of Ohio – should “go back” where they came from, even though all are U.S. citizens and three are U.S.-born.

The aim, one source close to Trump said, was to make Democrats look as far left as possible to moderate voters as he girds for a tough re-election battle in November 2020.

“He is trying to make them the face of the Democratic Party as we move closer into the 2020 cycle and he’s trying to highlight them as a fringe crowd as much as possible so it turns off your middle-of-the-road voters,” the source said.

As Trump recounted past comments made by Omar – who was born in Somalia and emigrated to the United States as a child – the crowd began chanting: “Send her back!”

“Tonight I have a suggestion for the hate-filled extremists who are constantly trying to tear our country down. They never have anything good to say. That’s why I say: ‘Hey, if they don’t like it, let them leave. Let them leave,’” Trump said.

The Twitter attacks over the weekend initially caused some heartburn for Trump advisers who felt he had gone too far. But two advisers said Trump’s subsequent tweets had since offered a contrasting view, that the political views of the four lawmakers – known as the “squad” – were socialist, out of the mainstream and hateful to their home country, compared with that of the president and his flag-waving rhetoric.

“If the American people have to choose between the squad and the president, then that’s an easy decision for voters to make,” said one adviser.

Trump, who during his 2016 campaign voiced harsh assessments of the state of the country, tweeted a video ahead of the rally that featured patriotic scenes of the president meeting Americans, with frequent images of the American flag. It ended with the slogan: “America – One Squad Under God.”

The tactic follows a well-worn path for Trump, who called for a ban on Muslims entering the United States during his 2016 campaign. His proposal drew widespread criticism at the time, but Republicans overwhelmingly supported it, and it was a factor in his victory that year.

Over the weekend, Trump inserted himself into what had been an internecine Democratic Party fight that pitted Omar, Ocasio-Cortez, Tlaib and Pressley against House of Representatives Speaker Nancy Pelosi, who publicly doubted their level of influence among fellow House Democrats.

Traditionally, politicians feel they gain most when they remain silent as their opponents fight among themselves. But Trump, never one to resist stirring up a firestorm, weighed in like a charging bull.

He first defended Pelosi, then attacked the four. That prompted Pelosi to switch tactics and defend her flock, prompting Trump and other Republicans to argue the squad’s attempts to push the Democratic Party to the left were working.

His attacks had a spur-of-the-moment quality to them that the Republican Party later built a strategy around.

Barry Bennett, who advised Trump’s 2016 campaign, said the tactic had worked. “The Democratic Party last week was trying to distance itself from the squad, and this week they’re hugging them, and that is a massive win for Trump,” he said.

U.S. President Donald Trump talks to reporters as he departs for travel to Greenville, North Carolina from the South Lawn of the White House in Washington, U.S., July 17, 2019. REUTERS/Leah Millis

But not all Republicans were comfortable with the approach.

“I’m disappointed in the tweets,” said Steve Duprey, a member of the Republican National Committee from New Hampshire.

“I know the president is subject to lots of attacks, but he should always try to turn the other cheek and take the high road in my view,” Duprey said.