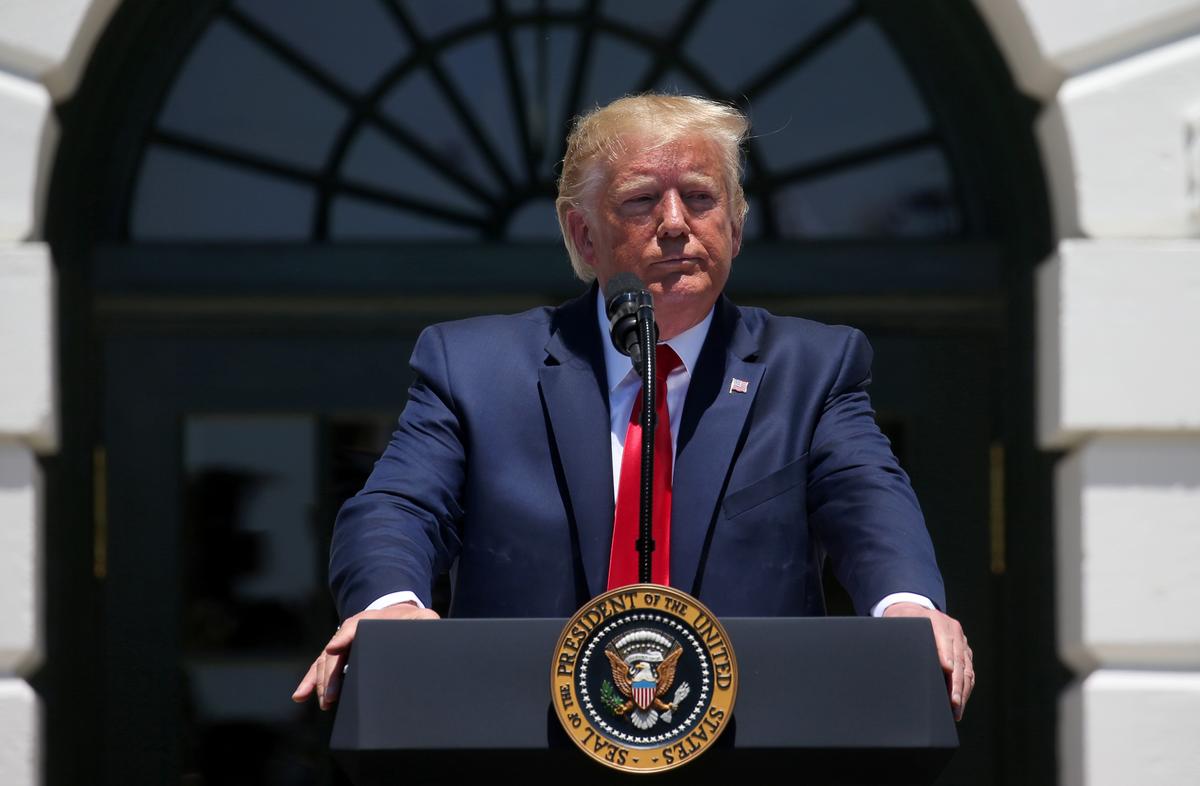 FILE PHOTO – U.S. President Donald Trump answers questions from the media during the “3rd Annual Made in America Product Showcase” on the South Lawn of the White House in Washington, U.S., July 15, 2019. REUTERS/Leah Millis

WASHINGTON (Reuters) – U.S. President Donald Trump said his administration would investigate accusations that Google worked with the Chinese government, but gave no other details in his early morning tweet on Tuesday.

Representatives for Google could not be immediately reached for comment on Trump’s comments, which follow accusations from one of his supporters, entrepreneur and Facebook Inc board member Peter Thiel.