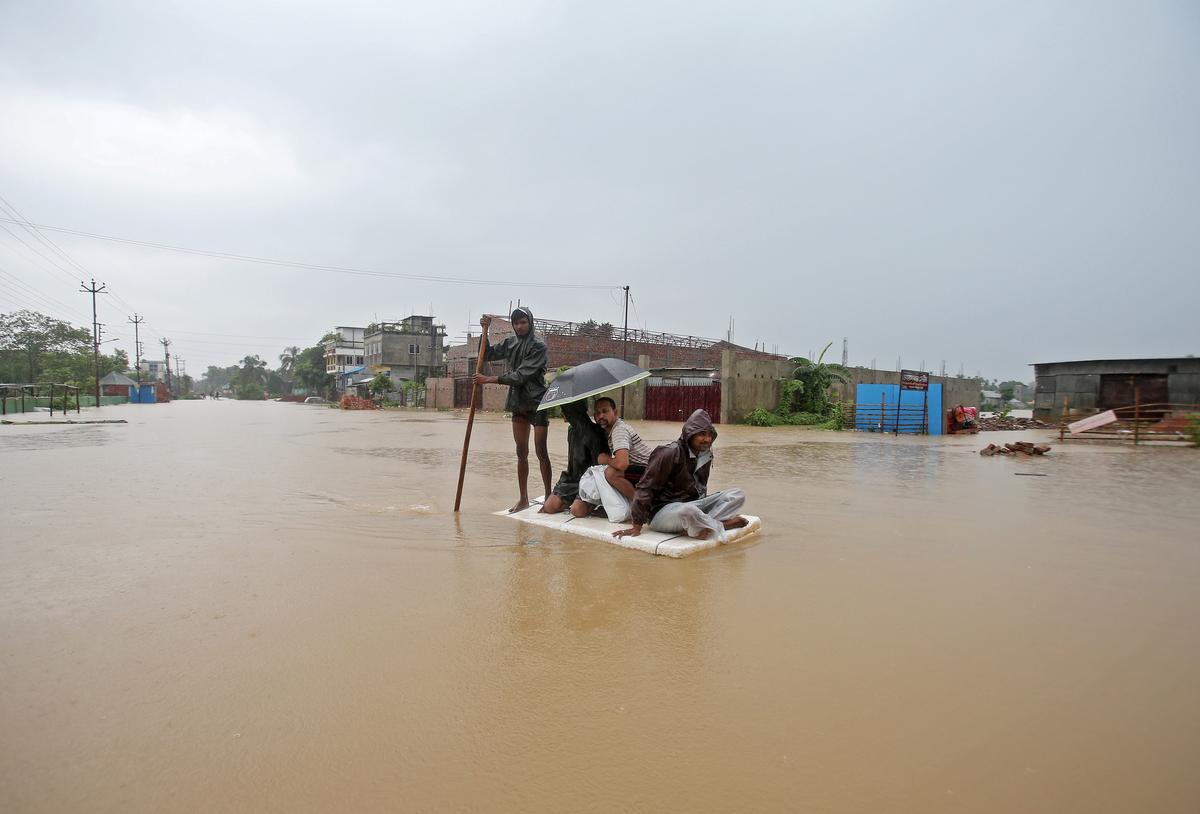 GUWAHATI, India/KATHMANDU, Nepal (Reuters) – Floods have forced more than four million people from their homes across India, Nepal and Bangladesh and killed more than 100 people as torrential rains in the initial days of monsoons wreaked havoc.

The poor Indian states of Assam and Bihar have been among the worst hit. Some 4.3 million people have been displaced from their homes in Assam in the last 10 days due to rising waters across the mostly rural northeastern region, according to a government release on Monday.

Floods in South Asia cause mass displacement and deaths annually, and the death toll and damage from the current monsoon season, which has just begun, is likely to increase in coming weeks. Floods in Nepal, India and Bangladesh during the 2017 monsohere killed at least 800 people and destroyed food crops and homes.

An impoverished agrarian province with rickety infrastructure and poor healthcare services, Bihar has a history of flooding in its northern areas bordering Nepal.

Flood waters in Assam rose overnight with the Brahmaputra River, which flows down from the Himalayas into Bangladesh, and its tributaries still in spate. Most of the Kaziranga National Park, home to the rare one-horned rhino, was underwater, authorities in Assam said, adding that four people drowned on Monday.

“The flood situation has turned very critical with 31 of the 32 districts affected,” Assam Chief Minister Sarbananda Sonowal told reporters. “We are working on a war footing to deal with the flood situation.”

Assam, known for its tea industry, is hit by seasonal flooding each year, and the state and federal governments have spent millions of rupees on flood control.

Army and paramilitary personnel have been deployed across the state for rescue and relief operations and makeshift shelter camps have been set up, while the airforce is on standby, Keshab Mahanta, Assam’s water resources minister, told Reuters.

The Indian weather office has forecast widespread rains across Assam and Bihar over the next two days.

In neighbouring Nepal, 64 people were killed and 31 were missing, with around a third of all districts hit by heavy rains, authorities said. Many of the deaths were caused by landslides that swept away houses.

In southeast Nepal, water levels on the Kosi River, which flows into Bihar, had receded, an district official said.

In 2008, the Kosi broke its banks and changed course, inundating huge tracts of land and killing 500 people.

“Our analysis is that the danger is over now that the water level has come down,” Chiranjibi Giri, assistant district administrator of Sunsari district, told Reuters.

Villagers use a makeshift raft to cross a flooded area on the outskirts of Agartala, India July 15, 2019. REUTERS/Jayanta Dey

In Bangladesh, floods forced an estimated 190,000 people out of their homes, government officials said.

In Cox’s Bazar district, shelter to some 700,000 Rohingya refugees who fled violence in neighbouring Myanmar, more than 100,000 people have been displaced.

Since early July, flooding and landslides have damaged thousands of shelters at the refugee camps, killing two people, including a child, Human Rights Watch said in a release last week.