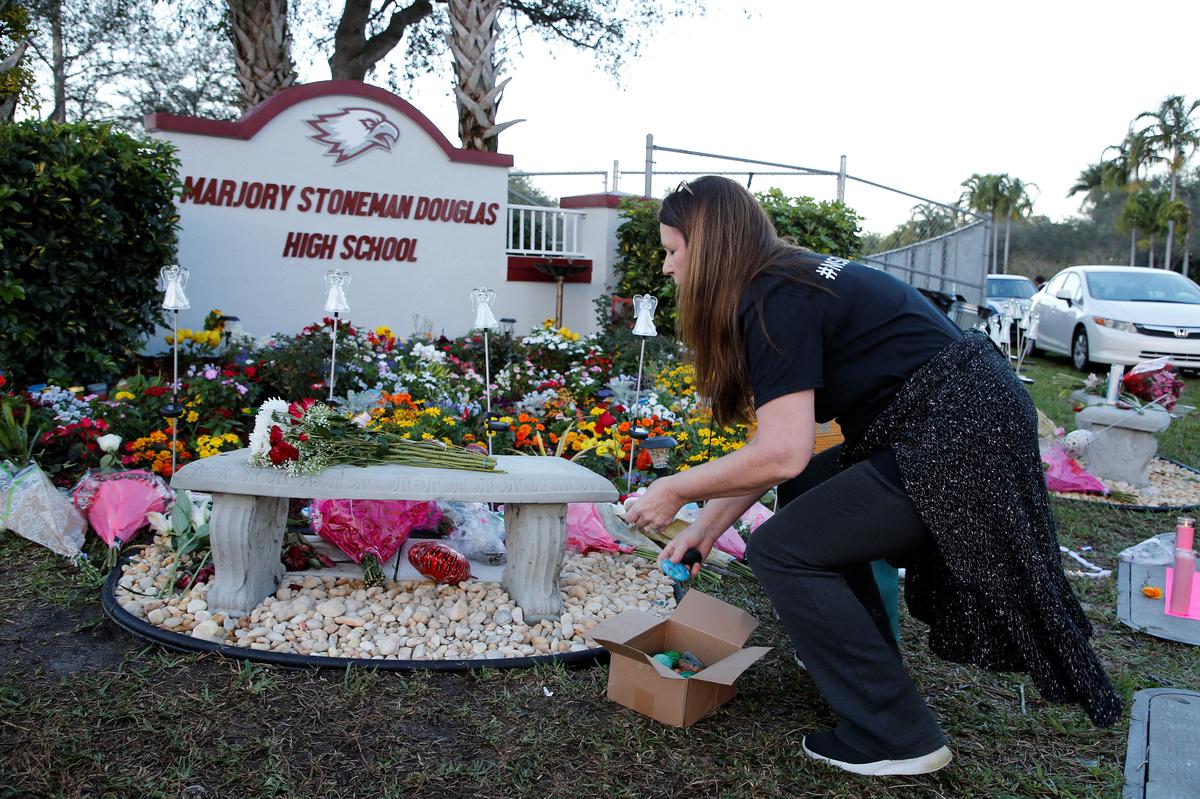 (Reuters) – Most of those responsible for mass attacks in public areas in the United States in 2018 made prior threats or sent messages that sparked concern, the Secret Service said on Tuesday, in a study highlighting advance clues to such violence.

FILE PHOTO: A visitor places items on a memorial on the one year anniversary of the shooting which claimed 17 lives at Marjory Stoneman Douglas High School in Parkland, Florida, U.S., February 14, 2019. REUTERS/Joe Skipper/File Photo

Two-thirds of the attackers also had a history of mental health issues and half were motivated by workplace or personal grievances, the agency said in a report published by its National Threat Assessment Center.

“The violence described in this report is not the result of a single cause or motive,” it added. “The findings emphasize, however, that we can identify warning signs prior to an act of violence.”

The report studied 27 attacks in which three or more people where harmed, with a total of 91 killed and 107 wounded.

The incidents included the February shooting at Marjory Stoneman Douglas High School in Florida, in which 14 students and three staff were killed, and October’s attack at the Tree of Life Synagogue in Pittsburgh that killed 11 people.

“These acts have impacted the safety and security of the places where we work, learn, dine, and conduct our daily activities,” Secret Service Director James Murray said in a statement accompanying the report.

Nine of 10 perpetrators made threats or sent messages that aroused concern and three-fourths had a history of eliciting concern before their attacks, the agency said.

The center’s analysts also found that eight of 10 attackers experienced a major stressor in their lives such as a divorce, job loss or homelessness within five years before the incident.

The report titled, “Mass Attacks in Public Spaces – 2018”, is the center’s second such analysis, following a 2017 report. Both are intended to help prevent future attacks, Murray told a news conference.

“The faster all of us with a concern for public safety can educate ourselves and others as to the warning signs and the options that exist for taking action, the better we will be able to prevent and deter acts of targeted violence,” he said.

Reporting by Brendan O’Brien in Chicago; Editing by Clarence Fernandez