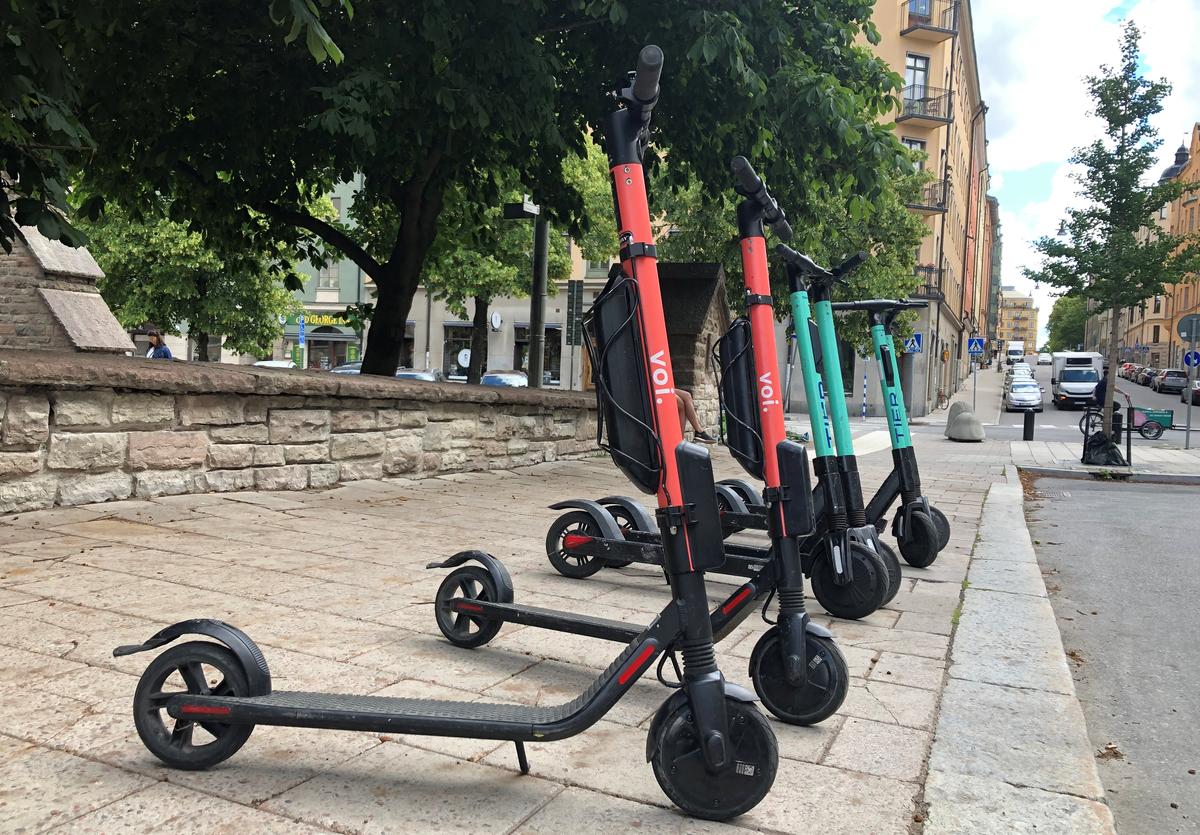 STOCKHOLM (Reuters) – Growing numbers of young people whizzing around Europe’s big cities on electric scooters may represent a nightmare for some pedestrians and motorists, but for Swedish sharing start-up VOI they offer a path to positive cashflow.

VOI co-founder and chief executive Fredrik Hjelm said safety was an important consideration and VOI had drawn up a code of conduct with the authorities in Stockholm for all operators after a fatal accident involving an e-scooter.

“Accidents are always very tragic and sad but since we’re in transportation, unfortunately there’s always a risk of accident. We can do everything we can on product operations and education but ultimately we’re in the hands of the users,” he added.

Critics have also said VOI and other operators could face the fate of Asian bike operators GoBee and Mobike, which crashed out of Europe due to price wars, vandalism and regulation.

Hjelm said the sector had learnt from past mistakes, with VOI upgrading to a model with longer-range swappable batteries to eliminate transport costs and increase product life.

European startups VOI, Dott, Tier and U.S. rivals Bird and Lime have already put thousands of e-scooters on the roads of European cities, betting commuters will take to the two-wheelers in a region where far fewer own cars than in the United States.

In France, e-scooters have been banned from sidewalks and in Britain they are not permitted on roads or pavements.

Hjelm said that VOI is already making a profit in several cities, including its hometown Stockholm, where its e-scooters accounts for about 70% to 80% of those on the roads.

“Our estimate is for VOI to be cashflow positive around late next year, but within three years for sure,” Hjelm told Reuters in an interview at VOI’s headquarters.

“Price wars never end well for anyone. So what you see now in the market is the more experienced players like VOI and Lime have rather been able to increase our average price point,” Hjelm, wearing shorts and a hoodie, said.

High profile investors including Google (GOOGL.O), Uber (UBER.N) and Volkswagen (VOWG_p.DE) (VOWG.DE) are increasingly getting into scooters as new modes of transport emerge from developments in electric and driverless vehicles.

Hjelm expects the number of players to narrow within a year and said that VOI was open to discussing tie-ups.

“Automotive companies understand their business model is threatened. This ‘sell one car to one customer’ won’t work in the future because it’s not sustainable from an environmental point of view and not what the consumers want anymore,” he said.

“We’re in quite a stable financial position right now but we’re also always out in the market talking to potential partners and investors,” he added.

VOI, which has raised slightly more than $80 million, already operates in 25 cities including Paris and Berlin and said on Monday it had reached 5 million rides since launching in September.

Hjelm, who launched VOI as a solution to address congestion, pollution and difficultly getting around he experienced when working in Moscow, said VOI would be in 50-60 cities by year end, with a focus on Germany, Switzerland and Austria.

Barclays estimates that micromobility – transport using electric-powered one-person vehicles like e-scooters and e-bikes – could make up $800 billion in revenues by mid-2020s and total 1 trillion personal miles, or 4% of global transport.

Most of the e-scooter growth has so far been driven by 20- and 30-year-olds willing to pay for convenience, driving the growth of gig economy companies like ride-hailing service Uber and food courier service Deliveroo.

Hjelm said VOI was introducing cargo bikes, which would allow children or groceries to be transported, and e-bikes and was exploring adding e-mopeds and electric or transit pods.

“VOI should become partner to cities that are restricting cars and want to transform urban transportation. E-scooters are part of the solution with e-bikes, mopeds etc in conjunction with public transportation,” he said.

Reporting by Esha Vaish in Stockholm; Editing by Alexander Smith

England talent and ambition finally living up to expectation – but there’s still that man Mbappe to come
Lizzo’s Bold Style Statement Was Good as Hell at People’s Choice
Royals’ blighted US trip to end with Biden meeting and Eilish at prizegiving
Servant Final Season Trailer: The Turners Are in Mortal Danger As Leanne Embraces the Darkness!
Cookbooks for an unforgettable holiday meal