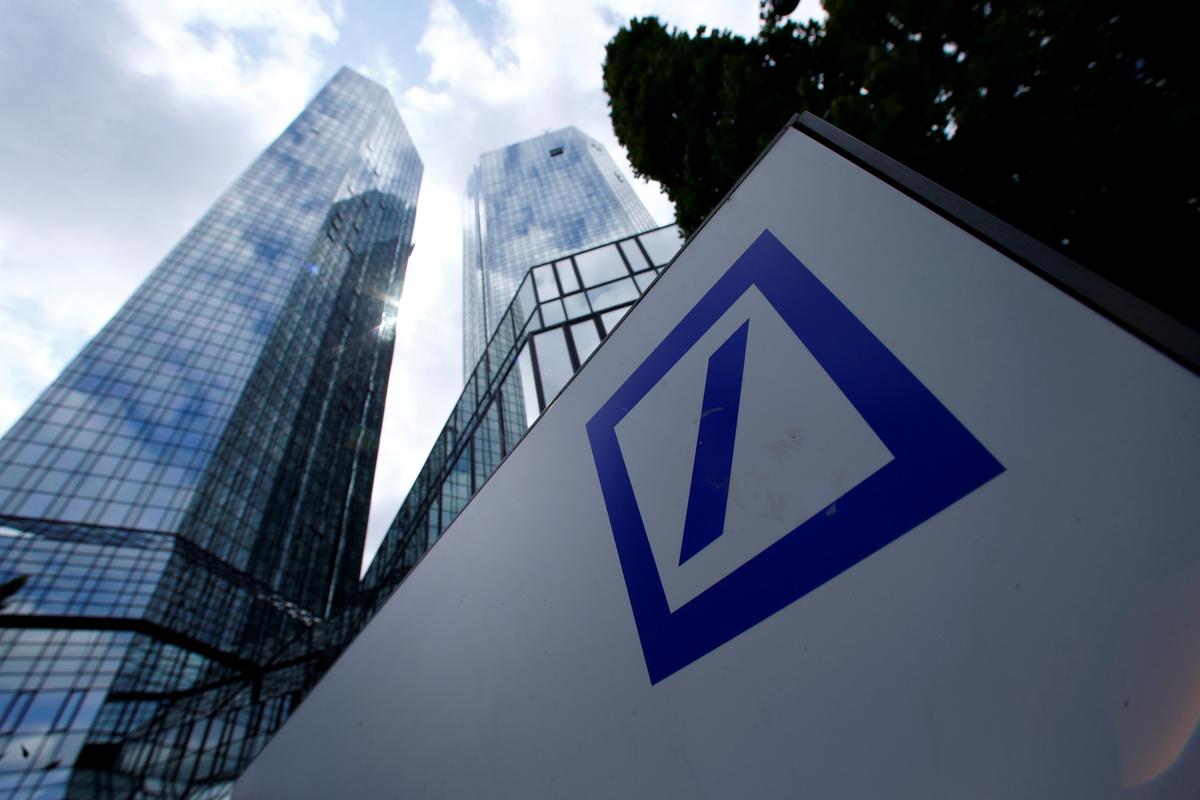 SYDNEY/HONG KONG (Reuters) – Whole teams in Deutsche Bank’s (DBKGn.DE) Asian operations were told their positions were gone on Monday, as the lender began axing 18,000 jobs globally in one of the biggest overhauls to an investment bank since the aftermath of the financial crisis.

The German bank launched the restructuring on Sunday in Europe, outlining a plan that will ultimately cost 7.4 billion euros ($8.31 billion) and see it dramatically scale back its investment bank – a major retreat after years of working to compete as a major force on Wall Street.

As part of the overhaul, the bank will scrap its global equities business and also cut some of its fixed income operations – an area traditionally regarded as one of its strengths.

While the bulk of the 18,000 job losses are widely expected to fall in Europe and the United States, on Monday the cuts also hit offices from Sydney to Hong Kong.

Deutsche Bank gave no geographic breakdown for the job cuts when it announced the plan on Sunday.

Bankers in Sydney seen leaving the lender’s offices on Monday confirmed they worked for Deutsche Bank and were being laid off, but declined to give their names as they were due to return later to sign redundancy packages.

One person with knowledge of the bank’s operations in Australia said its four-strong equity capital markets team was being let go, but that most of its mergers and acquisitions (M&A) team would not be immediately affected.

Deutsche had some 4,700 staff in Sydney, Tokyo, Hong Kong and Singapore, showed factsheets on its website.

Its investment banking team for the Asia-Pacific region numbered about 300 people before the cuts, and 10% to 15% will be laid off – almost all in its equity capital markets division, according to a senior Asia banker with direct knowledge of the plans.

In Hong Kong, a group of three upset-looking bank employees took a picture of themselves besides a large Deutsche Bank logo outside the lender’s office, hugging each other before hailing a waiting taxi.

One Hong Kong-based equities trader who had been laid off said the mood was “pretty gloomy” as people were called individually to meetings.

“(There are a) couple of rounds of chats with HR and then they give you this packet and you are out of the building,” the trader said.

“If you have a job for me please let me know. But do not ask questions,” said one who confirmed he was employed at Deutsche Bank, but declined to comment further.

A Deutsche Bank spokeswoman declined to comment on specific departures, saying the bank would be communicating directly with employees.

“We understand these changes affect people’s lives profoundly and we will do whatever we can to be as responsible and sensitive as possible implementing these changes,” she said.

Chief Executive Officer Christian Sewing, who now aims to focus on the bank’s more stable revenue streams, said on Sunday that it was the most fundamental transformation of the bank in decades. “This is a restart,” he said.

“We are creating a bank that will be more profitable, leaner, more innovative and more resilient,” he wrote to staff.

The bank will set up a so-called bad bank to wind-down unwanted assets, with a value of 74 billion euros of risk-weighted assets.

Sewing will now represent the investment bank on the board in a shift that illustrates the division’s waning influence.

The CEO had flagged extensive restructuring in May when he promised shareholders “tough cutbacks” to the investment bank. This followed Deutsche’s failure to agree a merger with rival Commerzbank AG (CBKG.DE).