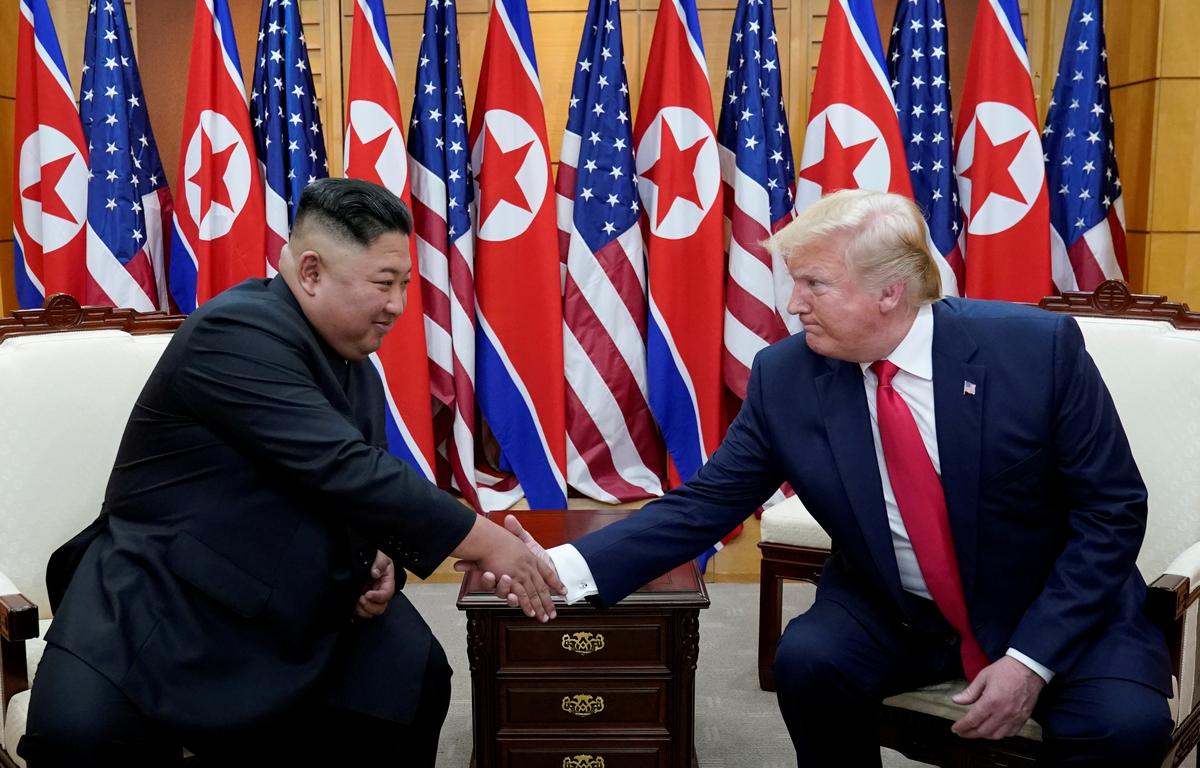 BEIJING (Reuters) – China has received a briefing from the United States on the latest meeting between U.S. President Donald Trump and North Korean leader Kim Jong Un, China’s Foreign Ministry said on Saturday, in a call between two senior diplomats.

Trump became the first sitting U.S. president to set foot in North Korea on Sunday when he met Kim in the Demilitarized Zone (DMZ) at Panmunjom between the two Koreas and agreed to resume stalled nuclear talks.

“Biegun introduced the meeting between the U.S. and North Korean leaders at Panmunjom, and said the U.S. side is willing to strengthen communication and coordination with the Chinese side on the peninsula issue,” the ministry added.

Luo told Biegun the recent “positive interactions” on the North Korean issue by all parties had important meaning for the peace talks process, the ministry said.

“China supports U.S.-North Korea exchanges and dialogue and hopes that the two sides will meet each other halfway and follow the consensus of the leaders of the two countries to resume consultations at the working level as soon as possible,” it added.

Trump’s meeting with Kim came around a week after Chinese President Xi Jinping met Kim himself during a state visit to Pyongyang.

While China has not officially announced it, Luo is likely China’s new special envoy for the North Korea issue, after predecessor Kong Xuanyou became China’s new ambassador in Tokyo in late May.

Luo was also involved in a briefing to Chinese reporters on Xi’s visit to North Korea before Xi went, according to state media.

Luo is an urbane career diplomat who speaks good English, according to diplomats who have met him.

He previously served as China’s ambassador in Canada, Pakistan and India, and also worked in the Chinese embassy in Washington from 1996-2000.