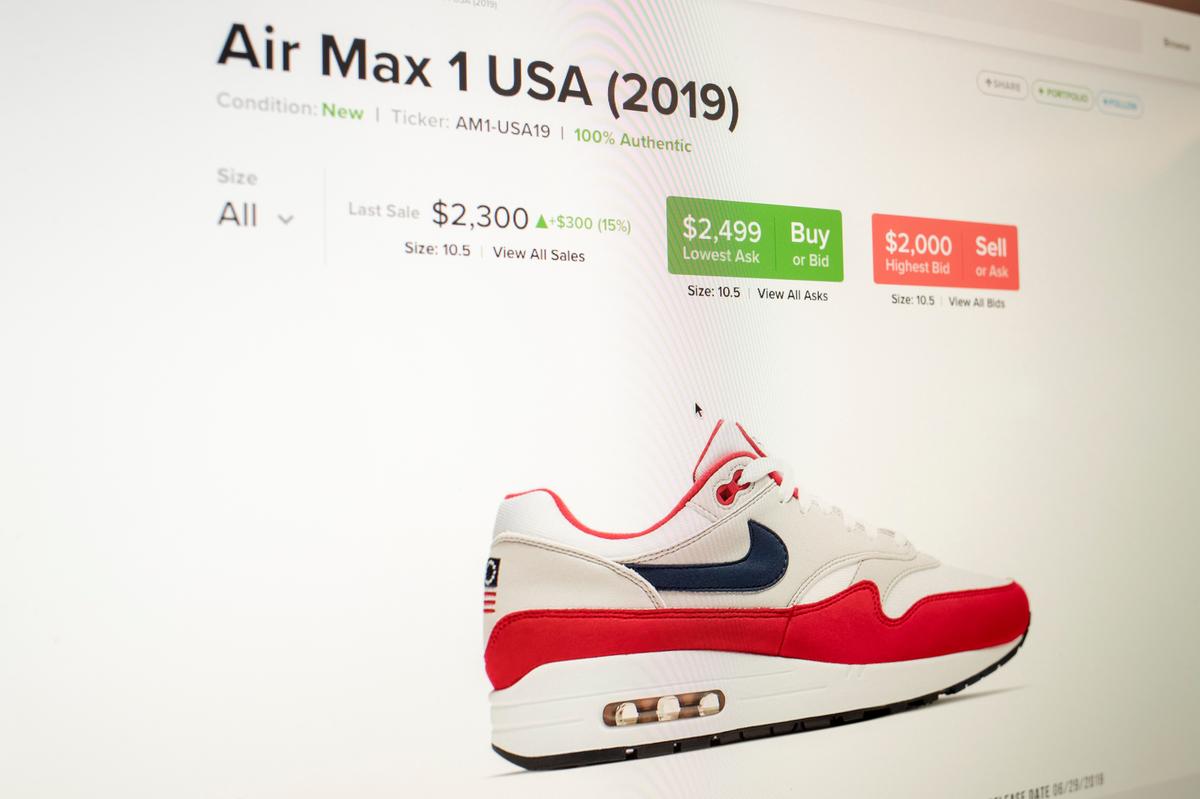 (Reuters) – Arizona’s governor on Tuesday withdrew a $1 million incentive for Nike Inc (NKE.N) to build a plant in the state after the world’s largest sportswear maker canceled release of a sneaker featuring a colonial-era version of the American flag, which critics say reflects links to slavery.

Nike recalled the shoe after former NFL quarterback and Nike pitchman Colin Kaepernick asked the company not to sell a shoe with a symbol that he and others consider offensive because of its connection to an era of slavery, the Wall Street Journal reported on Monday.

Nike had planned to release a new version of the Air Max 1 sneaker ahead of the Fourth of July holiday that featured a version of the U.S. flag with 13 white stars representing the first U.S. colonies. The flag is commonly known as the “Betsy Ross flag.”

“Words cannot express my disappointment at this terrible decision. I am embarrassed for Nike,” Ducey said in a series of tweets on the recall.

“Instead of celebrating American history the week of our nation’s independence, Nike has apparently decided that Betsy Ross is unworthy, and has bowed to the current onslaught of political correctness and historical revisionism,” he said.

Nike, whose shares ended down marginally at $84.96, released a statement explaining its decision to yank the product.

“We regularly make business decisions to withdraw initiatives, products and services,” the company said. “NIKE made the decision to halt distribution of the Air Max 1 Quick Strike Fourth of July based on concerns that it could unintentionally offend and detract from the nation’s patriotic holiday.”

The Beaverton, Oregon-based company is one of a slew of retailers that have faced major backlash over products that draw criticism for being racially insensitive. In December, Prada pulled products accused of depicting blackface. On Monday, reality TV star and businesswoman Kim Kardashian said she would rename her Kimono shapewear line after people in Japan said her use of the term was disrespectful.

Ducey, who was joined by many conservatives including Republican Senator Ted Cruz in expressing his disappointment toward Nike, said he had ordered the state’s commerce authority to withdraw all financial incentives under its discretion for the company’s plant.

Nike was eligible for up to a $1 million grant, a spokeswoman at the Arizona Commerce Authority said, for a $185 million plant in Goodyear, Arizona, that would employ over 500 people.

Kaepernick last year became the face of Nike’s advertisement marking the 30th anniversary of the company’s “Just Do It” slogan.

The ad revived a raging debate in the United States that started in 2016 when Kaepernick, then with the San Francisco 49ers, began kneeling to protest multiple police shootings of unarmed black men.

Since then, the company’s stock has risen about 4% as of Monday’s close. This year, Nike’s shares are up 15%.

One industry expert recalled Nike experiencing “one of its best quarters” after the Kaepernick campaign launch and said the chances of this sneaker controversy hurting company sales, which total roughly $39 billion annually, were “largely nil.”

“I think it’s important to understand who Nike’s core demographic is here,” said Matt Powell, senior industry adviser at NPD. “They’re really focused on teens and looking at the commentary on Twitter and so forth. I don’t see a lot of teens coming out with a negative attitude here.”

Reporting by Aishwarya Venugopal in Bengaluru and Melissa Fares in New York; Additional reporting by David Schwartz in Phoenix; Editing by Anil D’Silva and Dan Grebler

The new powerful US weapon being used by Ukraine against Russian targets
Dakota Johnson On What Her Off-Camera Relationship With Fifty Shades Co-Star Jamie Dornan Was Like While Filming The Movies
Zeds Dead Slows It Down On Chill New Single, “I Took A Ride” [LISTEN]
US basketball star ‘keeping the faith’ as she appears in Russian court on drugs charges
Chris Pincher seeking ‘professional medical support’ following groping allegations