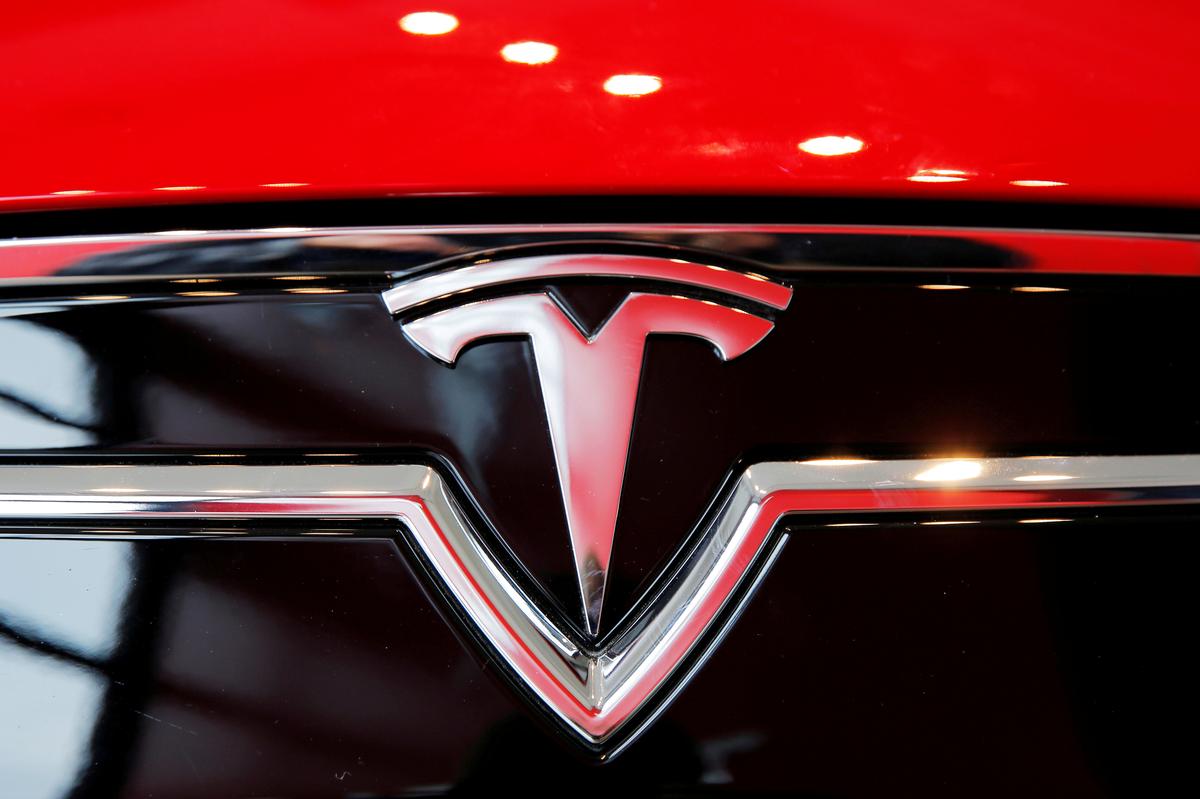 (Reuters) – Shares of Tesla Inc jumped 8% on Wednesday after Chief Executive Officer Elon Musk made good on his promise of delivering record number of electric cars in the second quarter, quelling fears about demand for its sedans and SUVs.

FILE PHOTO: A Tesla logo on a Model S is photographed inside of a Tesla dealership in New York, U.S., April 29, 2016. REUTERS/Lucas Jackson/File Photo

Wall Street analysts and investors have raised doubts about demand and the Silicon Valley automaker’s ability to sort out recent delivery issues, particularly after a disastrous first quarter when deliveries slumped 31%.

“We are increasingly comfortable that they should reflect an even better in the third quarter, and probably their first hundred thousand in a quarter,” Roth Capital analyst Craig Irwin said.

Tesla delivered a record number of 95,200 vehicles in the second quarter, beating analysts’ average estimates, but did not comment on when it would return to a profit.

Shares of Tesla were set to open at their highest in two months. Up to Tuesday close, the stock had lost nearly one-third of its value so far this year.

Tesla’s first quarter was hurt by logistics issues at its international ports and a drop-off in U.S. orders after a tax credit was halved, which spurred concerns that Tesla may have tapped a limited market for electric cars at premium prices.

While Musk has been trying to convince investors that demand remains high for Tesla cars and delivery could be made efficiently, some analysts remained skeptical about Tesla’s ability to deliver on its promise.

The CEO has repeatedly said Tesla could deliver a record number of cars in the second quarter, beating the 90,700 it sent to customers in the final quarter of last year.

In the quarter, Tesla delivered 77,550 Model 3s – seen as linchpin for its growth into a mass-market company. That compared with analysts’ average estimate of 73,144, according to IBES data from Refinitiv.

“These are undeniably strong numbers, but given Tesla’s recent history of significant swings in performance from quarter-to-quarter we remain cautious for now,” Nicholas Hyett, analyst at Hargreaves Lansdown said.

Tesla still faces multiple challenges, including starting production in China in the backdrop of U.S.-China trade tensions and overhauling its production process at a time several of its top executives are leaving the company.

“We think bears will argue results are a flash in the plan, though we believe deliveries are sustainable and note the release does mention TSLA is well positioned to continue growing total production and deliveries in Q3,” Baird analysts said.

Reporting by Vibhuti Sharma and Tanvi Mehta in Bengaluru; Editing by Saumyadeb Chakrabarty