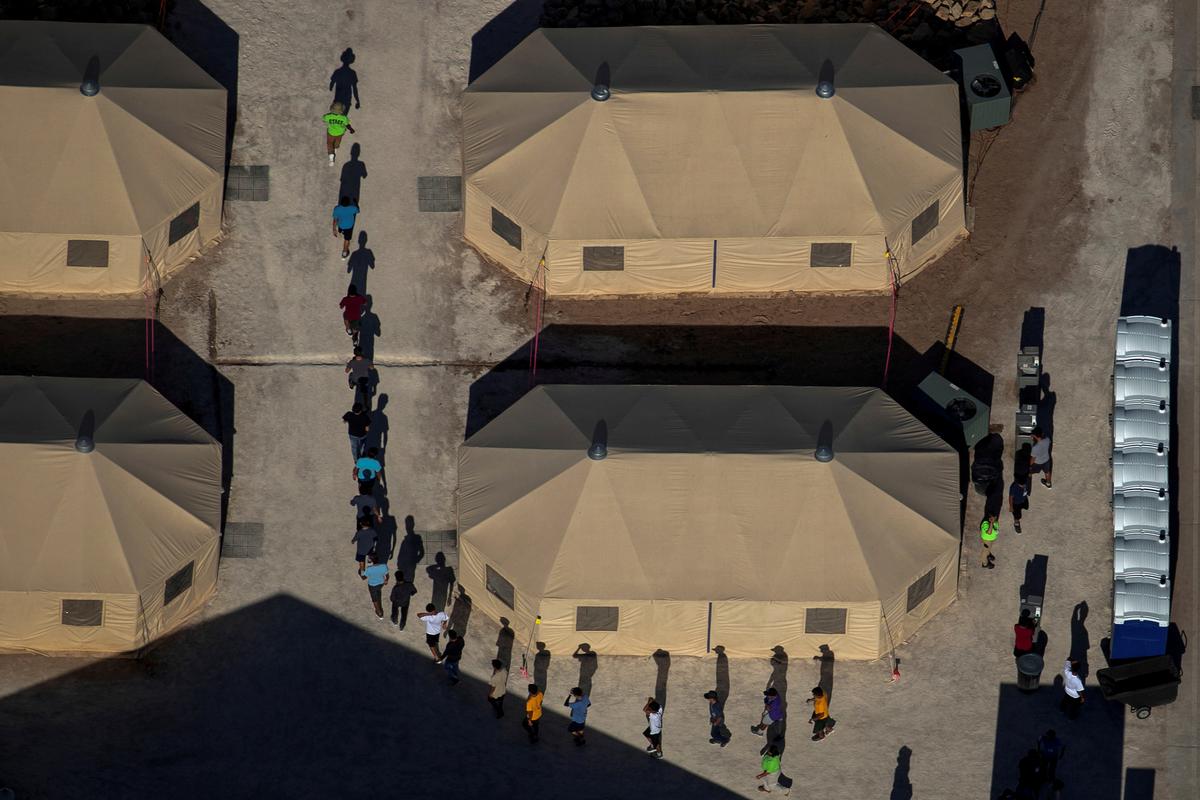 FILE PHOTO: Migrant children are led by staff in single file between tents at a detention facility next to the Mexican border in Tornillo, Texas June 18, 2018. REUTERS/Mike Blake/File Photo

WASHINGTON (Reuters) – The House Oversight Committee has scheduled a hearing next week on the separation and treatment of immigrant children and has launched an investigation into reports of offensive Facebook posts by border patrol officers, the panel said on Tuesday.

“The Trump administration’s actions at the southern border are grotesque and dehumanizing,” Cummings said. “There seems to be open contempt for the rule of law and for basic human decency.”