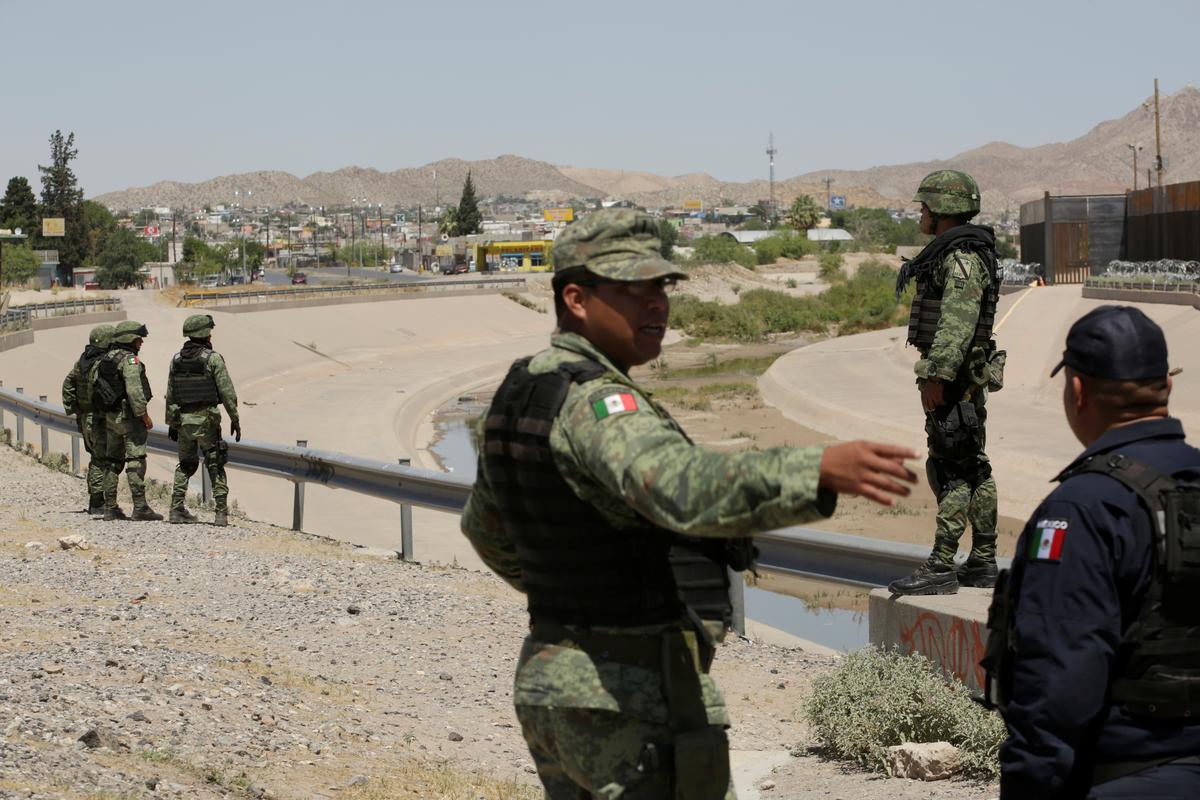 WASHINGTON/NEW YORK (Reuters) – Government investigators warned of dangerous overcrowding at more migrant facilities on the southwest U.S. border, publishing photos on Tuesday of packed cells in Texas’ Rio Grande Valley where some children have no access to showers or hot meals.

A report issued by investigators for the Department of Homeland Security said supervisors raised concerns for the health and safety of detainees and agents, warning that the overcrowding represented a “ticking time bomb.”

The DHS watchdog issued the report after visits to five U.S. Customs and Border Protection agency facilities in the Rio Grande Valley (RGV) area during the week of June 10.

It came as President Donald Trump’s administration pushed back against criticism of its migrant detention centers on the U.S.-Mexico border.

Conditions at the centers have been a flashpoint since May when the watchdog warned of similar conditions at facilities in the El Paso, Texas sector, west of the Rio Grande Valley, with migrants held for weeks instead of days, and adults kept in cells with standing room only.

Security incidents among men at RGV facilities included detainees clogging toilets in order to be released from cells, migrants refusing to return to cells, and special operations teams brought in to show that Border Patrol was prepared to use force, the report on Tuesday said.

Migrants banged on cell windows and shouted when investigators visited. Most single adults had not had a shower despite several being held as long as a month. One photo showed a man in a packed cell holding a message reading: “Help 40 Day(s) Here.”

The Rio Grande Valley is the busiest area of the border for migrant arrests, which hit a 13-year monthly high in May during a surge in the arrival of Central American families. At the time of the investigators’ visits, U.S. Border Patrol was holding around 8,000 detainees in custody in the Rio Grande Valley sector, with 3,400 held longer than the 72 hours permitted.

DRINK OUT OF TOILETS

Members of a congressional group visiting facilities in El Paso on Monday said migrants were being kept in deplorable conditions.

The delegation had been told to surrender their phones ahead of the tour, but Democratic U.S. Representative Joaquin Castro smuggled a device into a Border Patrol station and took video of women in a cramped cell.

Some said they had been held for 50 days, some separated from children, denied showers for up to 15 days and in some cases, medication, Castro tweeted.

According to Democratic U.S. Representative Alexandria Ocasio-Cortez, women were told to drink out of toilets.

“I don’t know what Alexandria Ocasio-Cortez is talking about,” White House spokesman Hogan Gidley said in an interview with Fox Business Network, calling members of CBP “some of the bravest men and women on the planet.”

FILE PHOTO: Mexican soldiers take part in an operation at the border to inhibit migrants to cross illegally into the United States, according to local media, in Ciudad Juarez, Mexico June 16, 2019. REUTERS/Jose Luis Gonzalez

“They provided three meals a day to people who are here illegally and unlawfully, two snacks in between,” Gidley said.

The Democratic chairman of the House of Representatives Committee on Oversight and Reform said the panel had invited the acting heads of the Department of Homeland Security and CBP to testify on July 12 on the administration’s border policies including the conditions of children at detention centers.

Trump has made a crackdown on illegal immigration a centerpiece of his domestic policy agenda and 2020 re-election bid. But his efforts to build a wall on the southern border have been blocked in Congress, and he was forced last year to backtrack after his “zero tolerance” border policy of separating migrant children from their parents provoked widespread outrage.

The detention facilities have become an issue among Democratic candidates vying to face Trump in the 2020 presidential election.

U.S. Senator Cory Booker would “virtually eliminate immigration detention” if he wins the White House, his campaign said on Tuesday.

Several hundred people gathered in New York on Tuesday to demonstrate against the Trump administration’s treatment of migrants, part of a planned nationwide day of protests by rights groups targeting members of the U.S. Congress.

The demonstrations were fueled by fears the Trump administration is preparing a roundup of immigrants who are in the country illegally. Trump last month delayed the raids by two weeks.

Criticism of the CBP intensified after a report on Monday by the nonprofit news site ProPublica detailing offensive content posted on a private Facebook group for current and former CBP officers that included jokes about the deaths of migrants and sexually explicit references to Ocasio-Cortez.

The CBP condemned the Facebook group and acknowledged that the group may include a number of the agency’s employees.

Migration flows from Central America have dropped sharply since May as Mexico deployed thousands of militarized police as part of a June 7 deal with the United States to avoid U.S. tariffs on Mexican goods and other enforcement measures.

Tearing up NI trade deal is ‘illegal and unrealistic’, EU envoy warns
Andie MacDowell on Learning to Love her Signature Curls
‘They’re all terrified’: Patients ‘panic’ as abortion clinic prepares to close
HSBC executive Haire in surprise move to run the Skipton
Steve-O Admits the Early Days of Jackass Were a “Bad Influence”