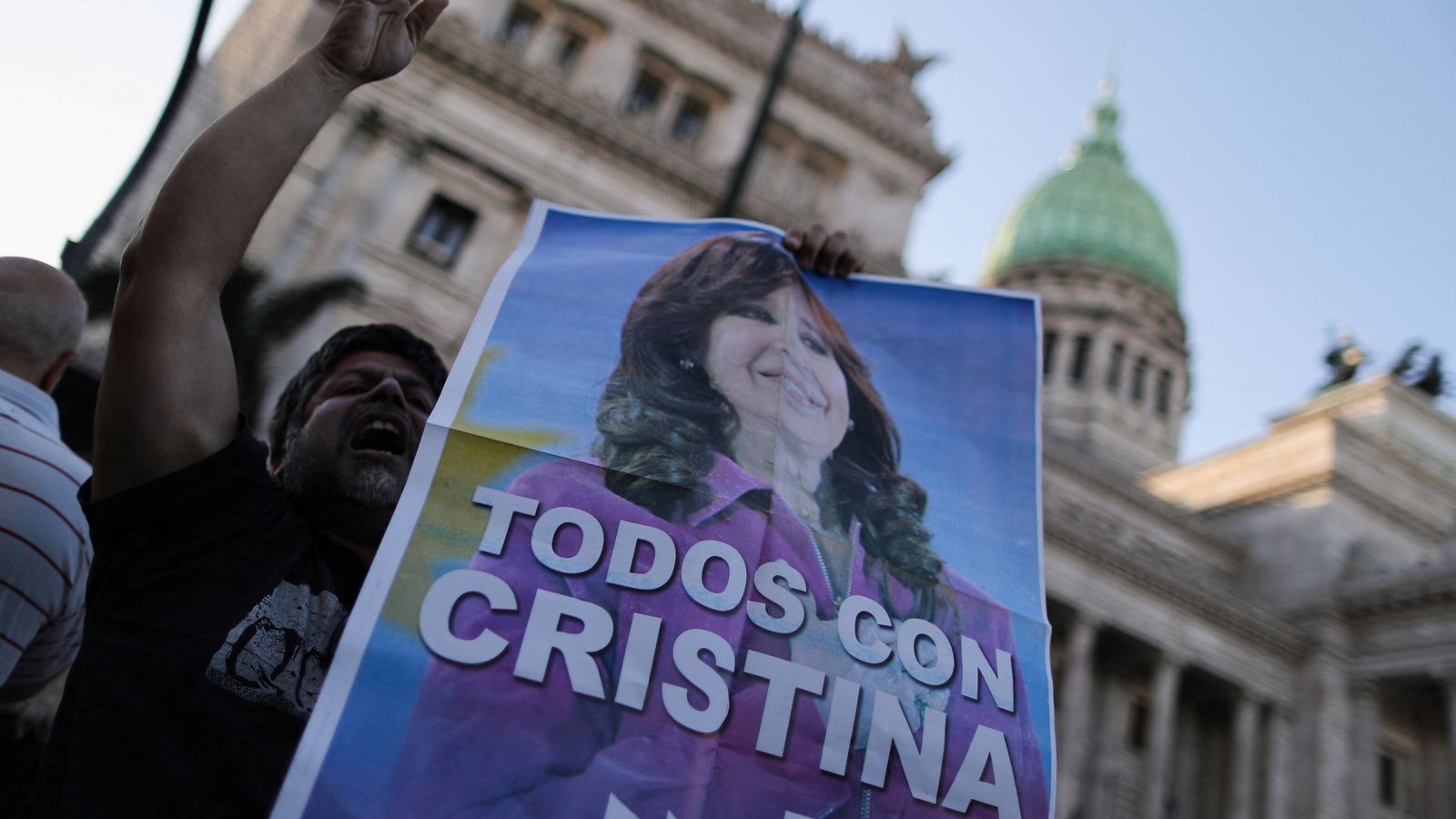 Argentina’s Vice President Cristina Fernandez de Kirchner has been sentenced to jail for corruption – but is currently immune from actually going behind bars because of her role.

A Buenos Aires court sentenced Ms Fernandez de Kirchner to six years and disqualified her from holding public office after she was found guilty of awarding public works to a contact who channelled the money back to her.

She denied the allegations and dismissed the court as a “firing squad” – adding: “This is a parallel state and judicial mafia.”

The powerful vice president will not face immediate prison time because her office gives her “temporary immunity”.

She is also expected to appeal the sentence, with the case likely to spend years winding through higher courts.

Technically, she could run for office while the appeals are pending, but she said on Tuesday she “would not be a candidate for anything” in next year’s scheduled general election.

Ms Fernandez de Kirchner served as president for two terms between 2007 and 2015 and commands crowds of supporters.

Thousands gathered in the streets after she survived an assassination attempt this year – and huge crowds also formed outside the courtroom where she was being sentenced on Tuesday. In the livestreamed sentencing, judges found her guilty as the “criminally responsible author of the crime of fraudulent administration to the detriment of the public administration”.

The court acquitted her on another count of “illicit association”.

Prosecutors had alleged public works contracts were handed to construction magnate and ally Lazaro Baez, who fed the money back to Fernandez de Kirchner and her late husband Nestor Kirchner, also a former president.

Baez was also sentenced to six years in prison.

“It is clear that the idea was always to condemn me,” Fernandez de Kirchner said in a live video on YouTube after the sentencing.

Argentina is on edge after a long economic crisis, with inflation heading towards 100%.