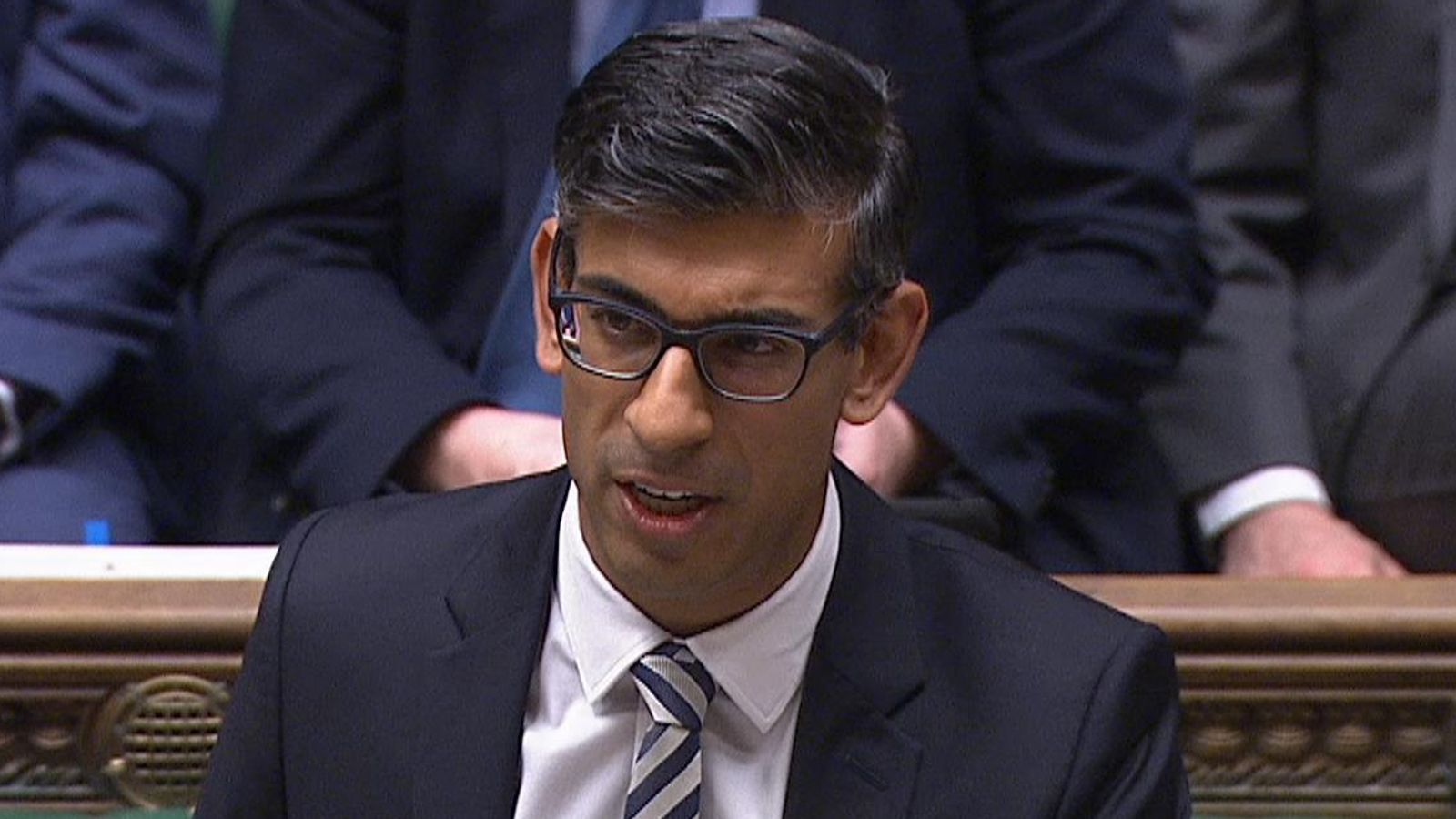 Downing Street has indicated that plans to bring overall numbers down could include putting up barriers for international students’ loved ones and reducing admissions to lower-ranked universities.

This would be in line with proposals being explored by Home Secretary Suella Braverman, who has previously complained about foreign students “bringing in family members who can piggyback onto their student visa” and “propping up, frankly, substandard courses in inadequate institutions”.

An estimated 504,000 more people came to the UK than left last year, a figure greater than the population of Liverpool.

The estimates were compiled by the Office for National Statistics (ONS), which said the jump was driven by “unique” factors including visa schemes for Ukrainians and Hong Kong citizens, and more students arriving from outside the European Union following the lifting of COVID restrictions.

People arriving on study visas accounted for the largest proportion of long-term immigration of non-EU nationals, at 277,000, or 39% of the total, the according to the ONS.

The official said: “We’re considering all options to make sure the immigration system is delivering, and that does include looking at the issue of student dependents and low-quality degrees.”

Such a move could meet resistance from other parts of Whitehall like the Department for Education, which could raise concerns over universities’ funding if the number of high fee-paying international students is cut.

The Russell Group of elite universities told the i newspaper that high numbers of foreign students “should be seen as a UK success story” and highlighted official figures showing that those on study visas are 97.5% compliant in leaving when their right to remain expires.

Sky News understands that plans for a student visa crackdown have not moved on since the home secretary said she would look at in October, with the Home Office more focused on tackling small boat crossings – or what it calls “illegal immigration”.

Ms Braverman came in for criticism this week as she failed to explain the alternative safe and legal routes to the UK for asylum seekers escaping war.

During a grilling from MPs at the Home Affairs Select Committee, the home secretary admitted that “we have failed to control our borders”.

She insisted: “That’s why the prime minister and myself are absolutely determined to fix this problem.”

The government wants to deport migrants to Rwanda for processing to deter people from making the dangerous journey across the Channel – but the plan has been held up by a series of legal challenges.

Politicians are not offering a comprehensive solution on how to fix the NHS
‘Once again spat on’: Braverman faces backlash for rowing back on Windrush reforms
It’s Just Under 115 Days Til Fast X Finally Hits Theaters, And Ludacris Has Some Thoughts About Filming
Tech investment, population growth and ‘luxurious’ doughnuts
Poker Face Review: Natasha Lyonne’s Peacock Mystery Is Charmingly Retro