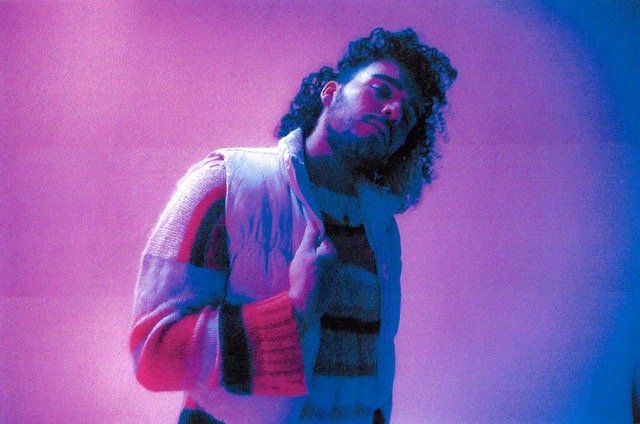 Music in the digital age has been dominated by streaming services, making it easier
than ever to listen to new music. But for all its convenience, the platform lacks
musicians with the talent and charisma to make them memorable. Jovian, a fast-rising
recording artist, signed to Sha Money XL (former manager of G Unit Records), is
changing that. In case you missed it, this guy is hot right now. Having your single
backed by Sha Money XL, the driving force behind Travis Scott’s “Owl Pharaoh”, is a
significant coup for any up-and-coming musician. Jovian has that and more.
No matter how many times you play it, Jovian’s music feels like an endless playlist of
jams that sound both new and refreshing at the same time. But don’t let the sounds fool
you: there are profound messages woven throughout his lyrics. It seems this artist has
been through some tough stuff in life, but he’s done it all without losing himself or giving
up on what he loves most: making music.

Born and raised in Brooklyn, New York, Jovian discovered his talent at a young age
before finding his voice as he got older. However, he didn’t jump into music
immediately. His journey in the entertainment space began with 11 years of acting
school, which prepared him for life in the limelight. However, the path was not always as
straightforward as Jovian would have liked.

Growing up, the artist experienced several mental health challenges that made it difficult
to focus on the path ahead. Jovian has been vocal about battling depression, anxiety,
and body dysmorphia, and how music helped him find his healing. Jovian’s healing
began when he downloaded T-Pain’s auto-tune app and channeled his feelings into
melodies. Gradually, most of the noise disappeared and left him with one clear thought:
he needed to use his voice to give healing to others experiencing similar pain.
Jovian’s music has sensations of not only just hope but definitive healing and progress.
The best way to describe him as a musician is that he’s a mix of every good artist out
right now. He brings together the rapping skills, clever wordplay, punchlines, and
rhythms of Kendrick Lamar, and creates melodies in the same vein as Frank Ocean.
Jovian attributes his uniqueness to a rare condition called synesthesia, which allows
him to not just experience color with his eyes, but with all five senses. In other words, he
creates music you can touch, smell, hear, taste, and see.

Mental health and healing are major themes in Jovian’s art. His songs, including his
latest, “Nebraska”, are instruments of hope and empowerment, reminding the listener
that life does get better. In the official teaser for “Nebraska”, Jovian explains that the
song is about the trials of a relationship with toxic traits that weren’t fixed at the
inception and questioning if it’s too late to fix deep habits and deep sensations of
resentment, but still being hopeful because genuine love is there.
He explained why he wrote it and others, “I am living proof that not only do things get
better when you actively work to make them better, but I am how it looks when you get
to the other side!” His goal is to make more music that anyone can absorb, be
entertained, and ultimately become a better person after engaging with it. As he
observes, that is very rare nowadays.

Record-breaking cold as China’s North Pole reaches low of -53C
‘Once again spat on’: Braverman faces backlash for rowing back on Windrush reforms
The MixtapE! Presents Rita Ora, Pink and More New Music Musts
Top Gun: Maverick Producer Explains Why He Thinks Top Gun 3 Could Happen, As Long As Tom Cruise Survives Making Mission Impossible: Dead Reckoning
Politicians are not offering a comprehensive solution on how to fix the NHS