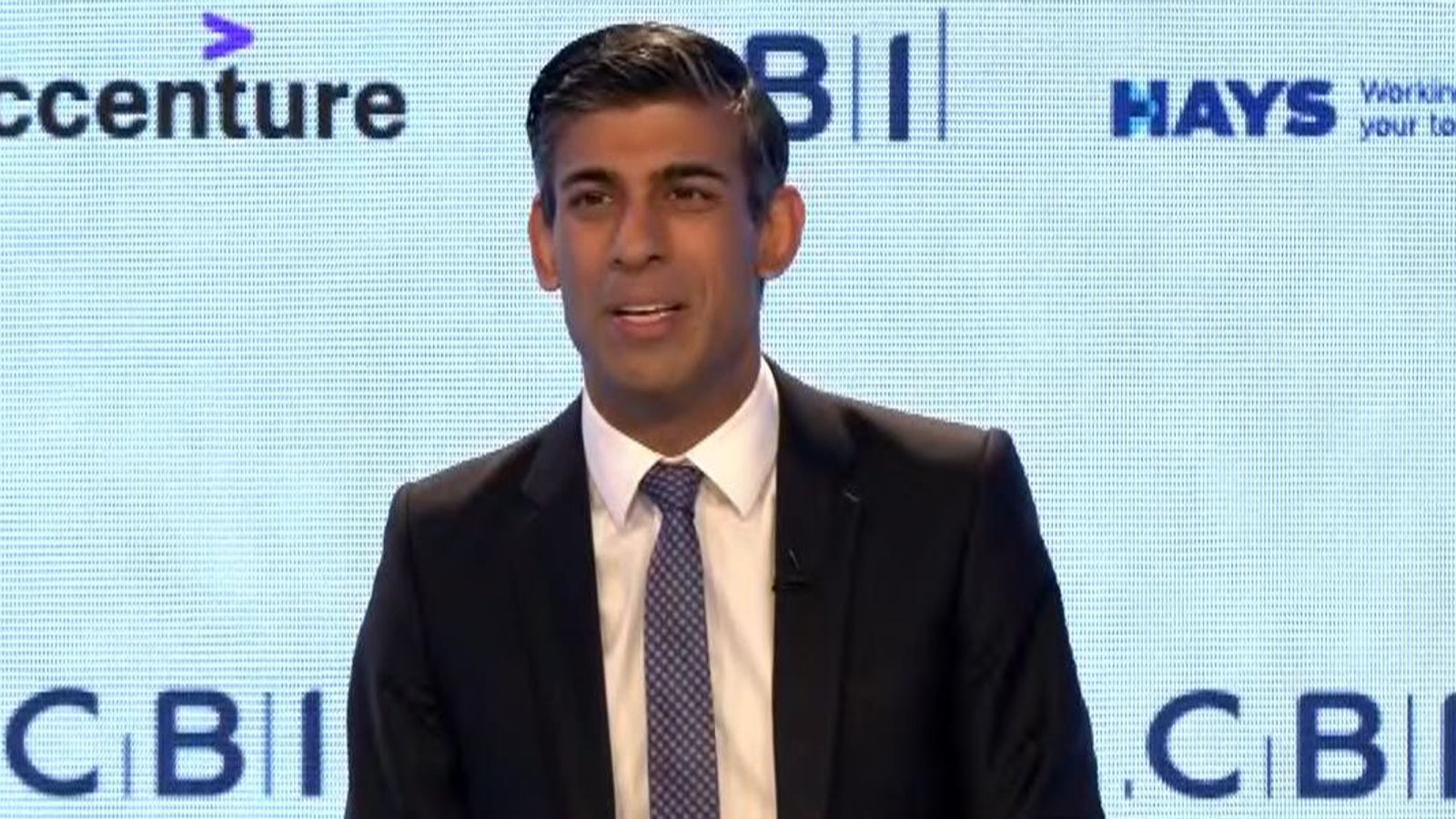 Rishi Sunak has reiterated his commitment to Brexit amid reports the government could be seeking a closer “Swiss-style” deal with the EU.

Speaking at the Confederation of British Industry’s (CBI) annual conference, the prime minister said he was “unequivocal” that he would not return to any alignment with EU laws.

“I voted for Brexit, I believe in Brexit and I know that Brexit can deliver, and is already delivering enormous benefits and opportunities for the country,” he added.

Mr Sunak pointed to having “proper control of our borders” when it comes to migration as one benefit, adding: “We weren’t able to do that inside the European Union, at least now we are in control of it.”

But his remarks came shortly after the boss of the CBI, Tony Danker, called on the government to use immigration to solve worker shortages in the UK, saying it must be “practical” on the issue.

Brexit stopped many foreign workers being able to easily work in the UK and companies are struggling to recruit – especially in industries such as hospitality which has relied heavily on European staff in recent years.

Mr Danker told the conference the UK’s labour shortages were “vast”, adding: “It’s time to be honest – we don’t have the people we need, nor do we have the productivity.”

However, Mr Sunak insisted the UK had “one of the world’s most attractive visa regimes for entrepreneurs and highly-skilled people”, adding: “The country’s number one priority right now when it comes to migration is tackling illegal migration.”

‘We can open up our country’

A report in the Sunday Times this weekend claimed some in government were looking at pursuing a new deal with the EU similar to that of Switzerland to try to improve economic ties – especially after recent market turmoil that has damaged the British economy and the ongoing issues with the Northern Ireland protocol.

That agreement sees the Swiss have selected access to the single market and removes checks on many goods, but means they are part of the Schengen common travel area and pay into the bloc’s coffers.

Number 10 has fiercely denied the option is on the table, with Housing Secretary Robert Jenrick telling Sky News the government was “going to stick with the relationship that we’ve secured”.

In his speech, Mr Sunak said leaving the bloc means “we can open up our country to the world’s fastest-growing markets”.

He also said the UK could now introduce “regulatory regimes that are fit for the future that ensure that this country can be leaders in those industries that are going to create the jobs and the growth of the future”.

Mr Hunt has said he wants to “remove the vast majority of the trade barriers that exist between us and the EU”.

A recent poll from YouGov showed the public now think Britain was wrong to leave the EU by 56% to 32%, with one in five who voted for Brexit believing their decision was wrong.

Rupert Grint Says He Would Return To Harry Potter, But He Has Some Conditions
Brendan Fraser Reacts To The Term ‘Brenaissance’ In A+ Way
Morgan Stanley places bet on sale of high street gaming chain
Faction of Tory members feel ‘disconnected’ after being ‘denied a vote’ when Sunak became PM
Supermodel Kristen McMenamy Falls During Valentino Fashion Show