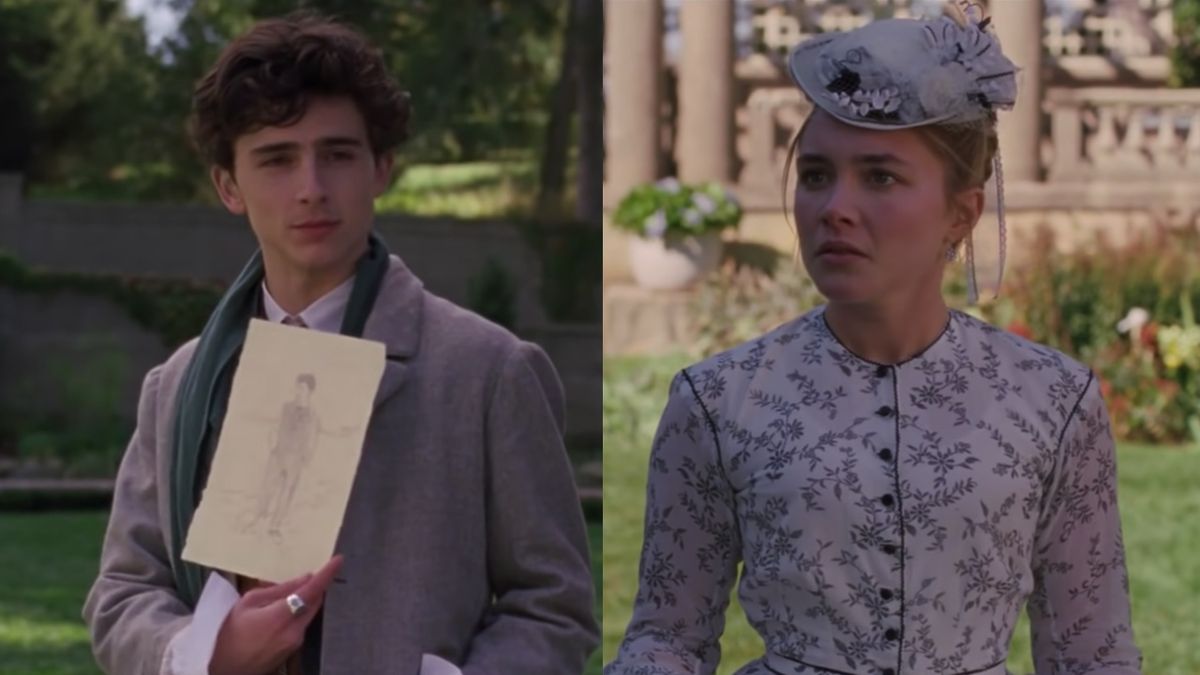 Timothée Chalamet and Florence Pugh are two of the busiest young actors in Hollywood. The two Oscar nominees co-starred in Greta Gerwig’s 2019 critical darling, Little Women, and they will again grace the screen together in the officially confirmed, Dune: Part 2. Chalamet will return in the Denis Villeneuve sequel as Paul Atreides. At the same time, Pugh, who was cast earlier this year, will portray Princess Irulan Corrino, a part originated by Virginia Madsen in David Lynch’s 1984 adaptation. And apparently, the two have a bit of an inside joke when it comes to their reunion.

While speaking with Variety, Chalamet reflected on his career and his collaborations with Florence Pugh. The actor joked that when it comes to the characters they play in their movies, they believe there’s a bit of irony. The acclaimed performer spoke about the insider they have with these words:

In the 2019 film adaptation of Louisa May Alcott’s 1868 novel, Timothée Chalamet portrays Theodore “Laurie” Laurence, a young man who grew up with the March sisters and has been in love with the stories protagonist, Jo, since he was a young boy. However, things don’t pan out for Jo and Laurie, and the young man ends up marrying Jo’s more youthful sister, Amy, played by Pugh in Gerwig’s six-time oscar-nominated film. So as you can see, there’s definitely truth Chalamet’s comments, and one can’t help but chuckle when thinking about such a coincidence.

Laughs aside though, the actor went on to gush about his co-star’s acting ability. Based on his sentiments, the Black Widow actress really brought her A-game to the major Dune role. He said:

This is exciting news to hear from Timothée Chalamet. We, of course, know the Midsommar actress can bring gravitas to almost any role. Even though her most recent film, Don’t Worry Darling, mainly received a tepid response, many pointed to Pugh’s shining performance as the film’s saving grace. I’m excited to see what the powerhouse actress will bring to the world of Arrakis.

What’s particularly interesting about Chalamet’s comments are what they might mean for her part as Princess Irulan. Denis Villeneuve’s original Dune installment is an adaptation of the first half of Frank Herbert’s original book, and the second part will conclude the novel. In the first book, Irulan (who becomes a much more prominent character in the later novels) is mainly as a narrator. Readers are introduced to her through her historical writings, and she doesn’t appear until the novel’s end. The part was expanded in both Lynch’s version and the 2000 Syfy network made-for-TV mini-series. Could Chalamet’s comments hint at an expanded role for Pugh’s Irulan? Only time will tell. But at this point, just know that as the actor notes, she and Paul probably shouldn’t be courting each other.

You can watch Timothée Chalamet and Florence Pugh reluctantly end up together when Dune: Part 2 hits cinemas on November 3, 2023. Until then, get caught up with the first movie, which can be streamed with an HBO Max subscription. For all your movie-going plans, check out CinemaBlend’s list of upcoming movie releases.