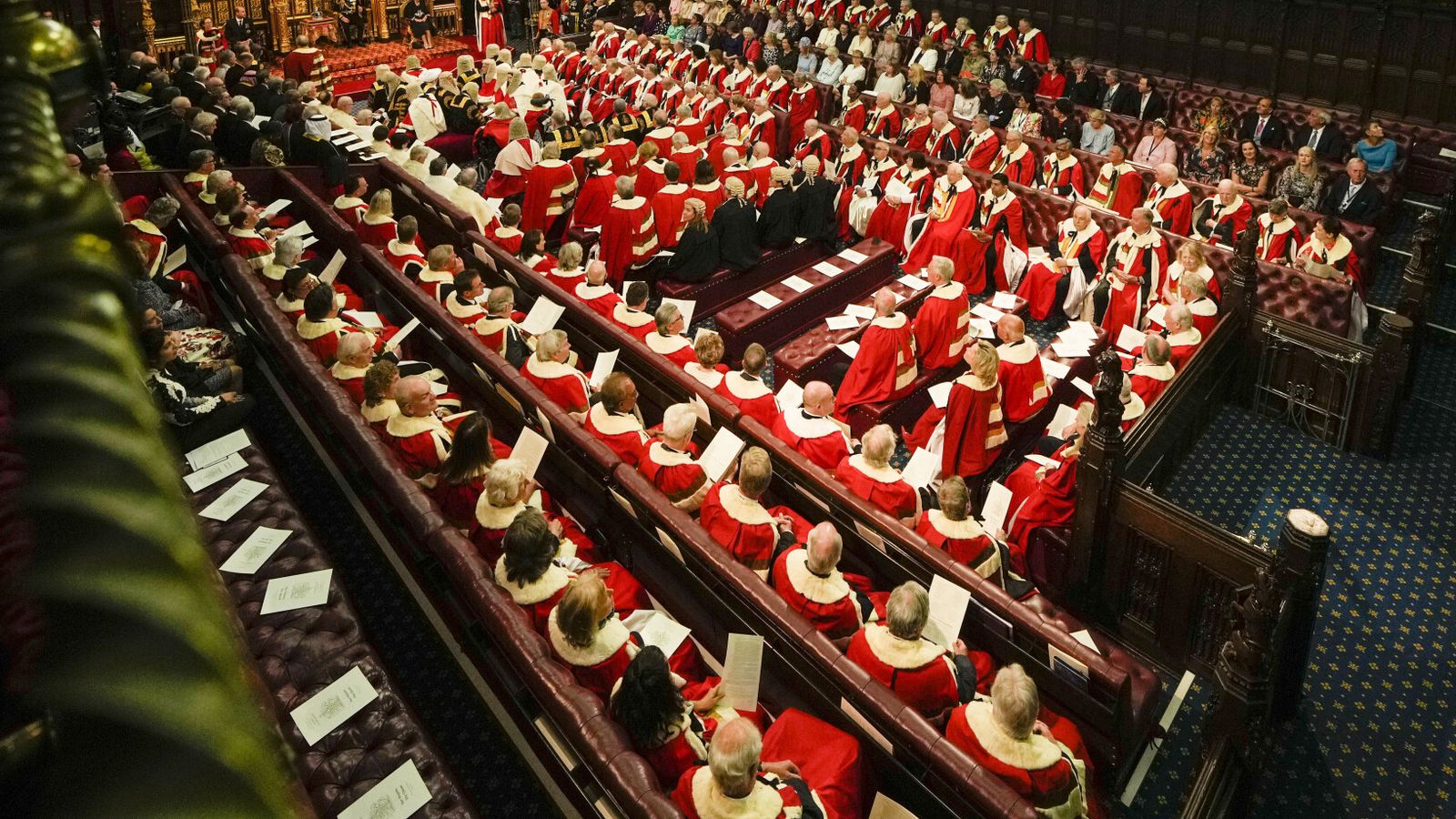 Labour wants to replace the House of Lords with an elected chamber if it gets into power as part of a plan to “restore trust in politics”.

The party will hold a consultation on the make-up of the new look Lords, including on how to make sure “regional voices” are included.

But it has said it would make instant changes to the way peers are appointed if Labour wins the next general election.

Currently, the prime minister of the day is able to recommend who he or she wants to join the upper chamber, with the House of Lords Appointments Commission vetting those put forward.

But appointments under former prime minister Boris Johnson – such as media mogul and son of an ex-KGB spy Lord Lebedev – have caused controversy.

And further upset is expected down the road after reports Mr Johnson has proposed several Conservative MPs for peerages as part of his resignation honours list, but told them to delay accepting the jobs to prevent by-elections.

Speaking to Sky News’ Sophy Ridge on Sunday programme, shadow work and pensions secretary Jonathan Ashworth said: “There is obviously great expertise in the House of Lords, of course, and there are very good people in the House of Lords, but we need to bring it into the 21st century – it needs to be a modern second chamber and therefore it should be elected.

“I think when trust in politics is so low, because of the actions of Boris Johnson… I think the time is right to democratise the House of Lords.”

According to The Observer, Labour leader Sir Keir Starmer has already told his party’s peers of the move, saying part of the reason for reform was down to the public having “lost faith in the ability of politicians and politics to bring about change”.

He also told them the House of Lords would become “truly representative” of the UK’s nations and regions under his plan, while still keeping its role as the second chamber to the Commons.

Can Freedom of Speech Destroy Freedom of Speech? Facebook Says Trump Can Come Back. By Howard Bloom
Poker Face Review: Natasha Lyonne’s Peacock Mystery Is Charmingly Retro
Last words of US man who died after police ‘beating’ were ‘mum, mum, mum’
The Love You Save
Deadly chemical attack was work of Syria’s air force, watchdog finds