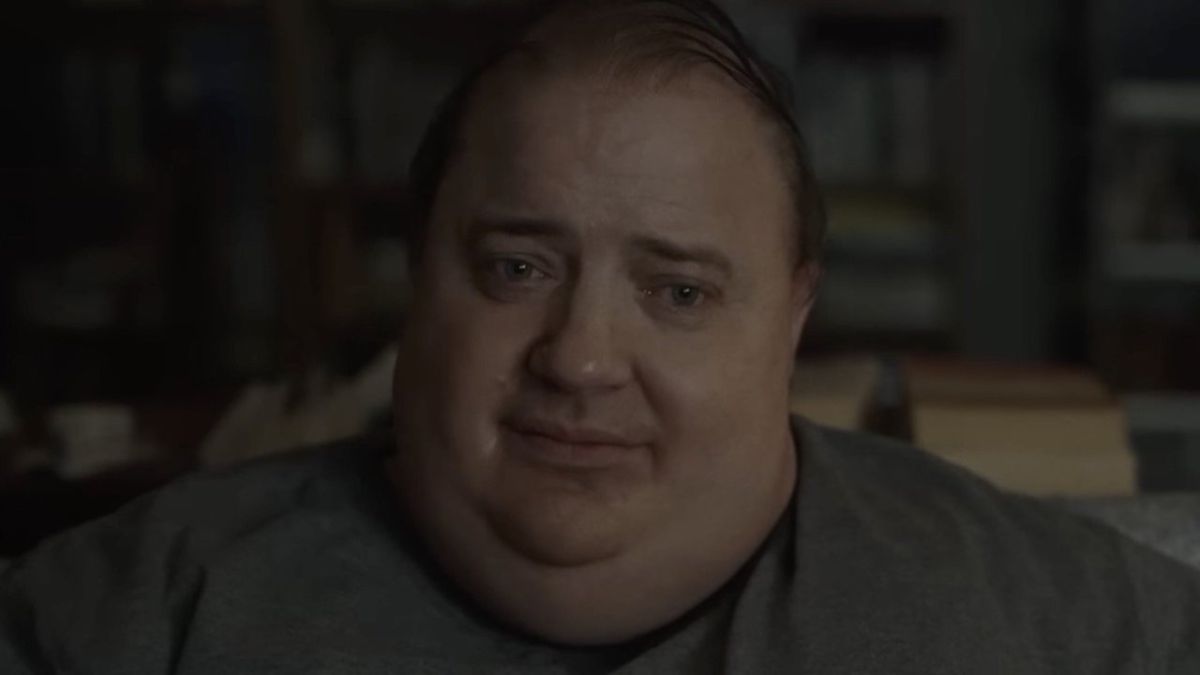 All hail the Brenaissance! Between movies like The Mummy and George Of The Jungle, Brendan Fraser was a staple talent of the ‘90s and ‘00s, until he wasn’t. While the actor never completely left Hollywood, he’s only truly stepped back into the spotlight over the past year. And during this time, many have showered him with praise for his powerhouse performance in Darren Aronofsky’s The Whale. The biggest instance of that occurred during the prestigious Venice Film Festival, where Fraser received a 6-minute standing ovation that left him with tears in his eyes. Now, the star is opening about how that moment felt.

In many ways, The Whale is a perfect showcase for Brendan Fraser. The star is unrecognizable in the role of a 600-pound English teacher and recluse who seeks to reconnect with his teen daughter, played by Stranger Things’ Sadie Sink. When Fraser was asked to reflect on his emotional standing ovation at Venice, he said this:

The moment when Brendan Fraser became moved by the response to the movie and his performance was captured by Variety’s Ramin Setoodeh. Check it out:

Brendan Fraser is back — and he sobbed during the #Venezia79 six-minute standing ovation for #TheWhale. pic.twitter.com/y4l10ZFWQaSeptember 4, 2022

While speaking to GQ, Fraser reframed the fact that he was crying by sharing that the description doesn’t match the way he felt during the rounds of applause. Fraser said he was “smiling so hard” that water began coming out of his face. As I like to say, it was a “happy cry” or an overwhelm of emotion that came over him. Fraser continued, saying:

The microscope he’s referring to is the Venice Film Festival atmosphere, which is incredibly specific. During the event, attendees get to see some of the best movie’s the industry has to offer. So when one receives the amount of love and celebration that Brendan Fraser got during his premiere, it’s a very big deal. Fraser is currently No. 1 on Gold Derby’s predictions for Best Actor at the Academy Awards, so chances are he’ll continue to receive praise as awards season pushes on. Even his Mummy Returns co-star, Dwayne Johnson, is rooting for him to win an Oscar.

Fraser previously discussed the response to his performance in The Whale, calling it “so affirming” and “emotional,” as he’s grateful that his work is “making an impact.” The level of acclaim is something that the actor says is “completely new” in his professional life. Of course, many of us were impacted by his more lighthearted roles in the past, but one can’t help but get the sense that Darren Aronofsky’s drama film marks a new chapter for the beloved actor. One can only hope that it’s only the first of many more gigs that Fraser receives as time goes on.

The Whale, which also marks Darren Aronofsky’s first movie since 2017’s Mother! is shaping up to be one of the most notable films of the year. And with the hype surrounding Fraser’s work, you can bet that there will be plenty of people eager to see it when it opens in theaters on December 9 as part of the schedule of upcoming movies.