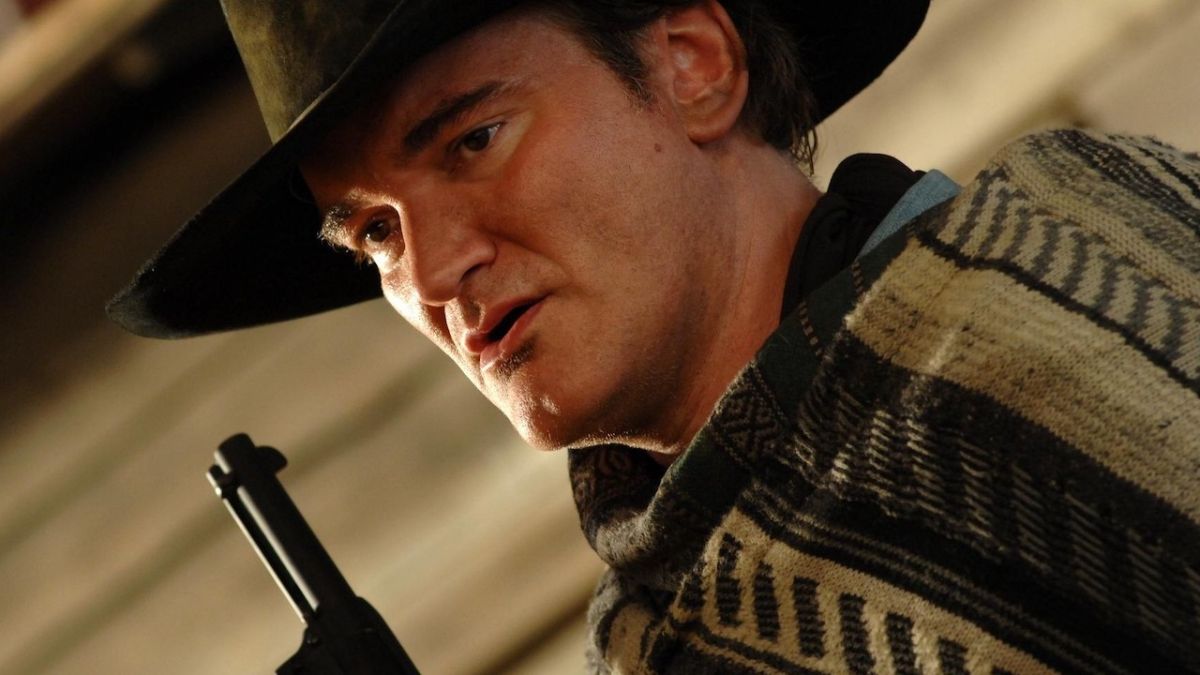 For the majority of Quentin Tarantino’s filmmaking career, the writer/director’s movies were set up at companies run by Harvey and Bob Weinstein, be it Miramax or The Weinstein Company. However, following the numerous sexual assault allegations that were publicly directed at Harvey Weinstein in 2017 and onwards, Tarantino ended his relationship with the brothers and took his 2019 movie Once Upon a Time in Hollywood to Sony Pictures. Now Tarantino has opened up about how wishing he would have had a “man-to-man” talk with the disgraced producer years earlier.

Quentin Tarantino has been promoting his new book Cinema Speculation, and one of his recent stops was Who’s Talking to Chris Wallace, which can be watched with an HBO Max subscription. During the visit, Wallace brought up Tarantino’s relationship with Harvey Weinstein, and while the filmmaker claimed that he never heard any “talk of rape” tied to the producer, he had heard stories about general sexual impropriety involving Weinstein. Tarantino admitted that he “chalked it up to a Mad Men-era version of the boss chasing the secretary around the desk,” but also wished he’d gone up to Weinstein to say “Harvey, you can’t do this.” Tarantino continued (via Variety):

Back in October 2017, shortly after the first public allegations directed at Harvey Weinstein surfaced, Quentin Tarantino said that he knew there was “more to it than just the normal rumors, the normal gossip,” and that he first became aware of the producer’s behavior while he was dating Mira Sorvino, who’d had her own unfortunate experiences with Weinstein. At that time, while Tarantino was “shocked and appalled,” he assumed what had happened was exclusive to Sorvino, and that his relationship with the actress would have stopped further attempts from Weinstein. That said, in 2018, Uma Thurman recalled that she shared with Tarantino while working on Kill Bill that Weinstein had sexually assaulted her, and the filmmaker demanded the producer apologize for his actions.

In any case, Quentin Tarantino has now recounted, not only was he supposedly not aware of the full scope of what HarveyWeinstein had done to so many women, but he chose not to confront the producer about what he did know because he didn’t want to deal with the man’s “pathetic” nature. Whatever the full story is, Tarantino cut ties with the Weinsteins, and when The Weinstein Company started selling its assets in May 2018 (the company was defunct by the following July), it was reported that Tarantino was among the filmmakers who were owed a lot of money.

Harvey Weinstein was sentenced to 23 years in prison back in March 2020, and his latest trial bringing further charges between on October 10, 2022 in Los Angeles. Actress Kelly Sipherd is among the witnesses who have taken the stand for this trial, and even Mel Gibson was roped into the legal drama. As for Quentin Tarantino, he still has his 10th and final movie to work on, and along with confirming that it definitely won’t be anything Marvel or DC-related, don’t expect it to be about his own life either.

Rupert Grint Says He Would Return To Harry Potter, But He Has Some Conditions
An Open Letter to Stephen King: Book Censorship News, January 27, 2023
Matt Hancock donates £10,000 of his £320,000 I’m A Celeb fee to two charities
Did Benson & Stabler Finally Kiss on Law & Order: SVU? Find Out
Best 15 Tips On How To Style A Flannel Shirt From Casual to Smart in 2023