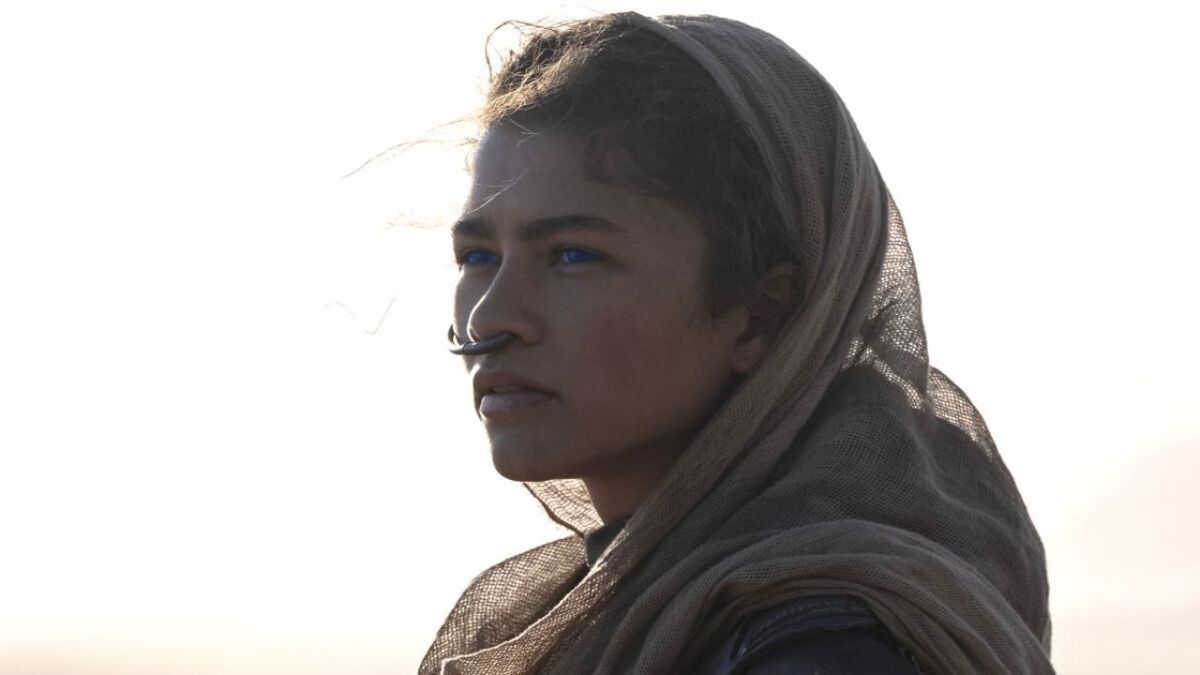 Where’s Zendaya been lately? Following her historic Emmy win earlier this fall after starring in Spider-Man: No Way Home and Euphoria last winter, the actress has been super quiet on social media. But don’t worry, she’s not completely off the grid. This week, she finally provided an update about her status as she continues to shoot the second Dune movie.

Denis Villeneuve’s Dune: Part Two began filming back in July in Hungary and has recently continued in Abu Dhabi. To celebrate the production’s move to the Middle East, Zendaya broke her social media silence to share this breathtaking photo of her view of the desert:

Now that’s an Arrakis sunset! Zendaya took to her Instagram to give her fans a look at a recent spectacle her own eyeballs got to see. She wrote in the photo’s caption that she’s aware she’s been “quiet,” but let people know she’s on the set of Dune: Part Two “workin as usual” and “sending love” from Frank Herbert’s science fiction planet. On the next slide of her story, she then wrote this:

The words were written with one of her red carpet photos in the background. It had Zendaya giving a comical look off to the side and pointing to someone. You have to love the actress memeing herself to get her point across. She’ll return to the spotlight at some point. I mean, this is Zendaya, of course she will!

Zendaya is set to have a larger role in the second Dune alongside Javier Bardem’s character. In the Dune movies, she plays Chani, the woman of Timothée Chalamet’s Paul Atreides’ dreams whom he meets in person late into the first movie. In line with the contents of the book, she doesn’t have a major role in the story until the second half of Dune, which Part Two will soon cover.

There’s another stacked cast in Dune 2, including the return of Timothée Chalamet, Rebecca Ferguson, Josh Brolin, Stellan Skarsgård and Dave Bautista, plus the addition of Austin Butler, Florence Pugh, Christopher Walken, Léa Seydoux and Souheila Yacoub. Chalamet recently posted his own adventures as Dune moves to the Middle East, as the actor visited Petra, Jordan, which is also one of the sites of Indiana Jones and the Last Crusade.

Following the first Dune movie’s success, the upcoming 2023 movie is set to hit theaters on November 3, a little under a year from now. Along with Dune, Zendaya has filmed a romantic drama from Call Me By Your Name and Bones And All filmmaker Luca Guadagnino called Challenger about three tennis players with past rivalries who compete in a tournament against one another. Challengers is set to come out on August 11. She’ll most definitely be back in in the new year, if not sooner, for more updates.

Palestinian militants ‘ready to die’ as prospect of all-out war increases
New Year, New World: The Best New Fantasy Manga to Start 2023
8 Best Cheap Wallets For Men Of All Sizes and Styles in 2023
Seven dead after shooting at synagogue in Jerusalem
Paris Hilton and More Stars Who Welcomed Babies Via Surrogate