The UK’s science and technology sector survived a much feared spending cut in this week’s budget – but those in the field say the government will need to do more to realise the UK’s potential as a “science superpower.”

The expectation was that this was going to be a budget of cuts, with the government’s previous pledge to double spending on research and development (R&D) an easy target. Instead, Jeremy Hunt made it clear, as previous chancellors have done, that boosting the UK’s high-tech industries was central to his plans for economic recovery.

His plan, he told the Commons, was to turn the UK into “the world’s next Silicon Valley”.

Science and technology is often described as an “engine for growth,” and by most measures, there’s nothing wrong with the UK’s engine.

UK universities consistently rank at the very top of international league tables particularly in science and engineering. As a proportion of graduates, we train more scientists and engineers to a high standard than many similar sized economies.

We also do some of the world’s best science: the UK ranks second only to the US in terms of the number of Nobel Prizes awarded.

The engine is also a pretty efficient one. As a share of GDP, the UK spends far less than its rivals on research and development. Even with the doubling of R&D spending that the chancellor re-committed to on Thursday, we still spend slightly less than the OECD average, and considerably less than rival high-tech economies like the US, Germany, China and, South Korea. 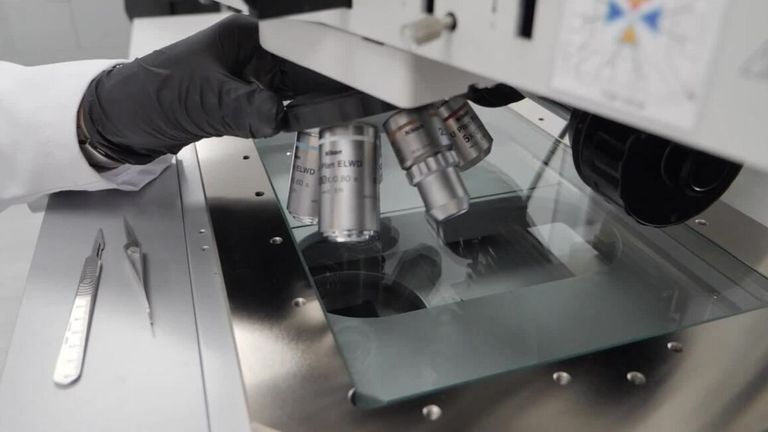 Can the UK become a ‘science superpower’?

The problem for a long time has been getting that engine to turn the wheels of the economy.

“We need to be better at turning world class innovation into world class companies,” Jeremy Hunt told the Commons, and those in the UK’s high-tech business sector wouldn’t disagree.

Paragraf is a start-up company in Cambridgeshire that is applying the wonder-material graphene to microelectronics. They are pioneering a process to replace the metal-based conductors used in microchips with graphene.

Their first product is called a “hall sensor,” a fairly simple device that measures magnetic fields. There are around 50 of them in the average car and at least one in your mobile phone. They are used to measure things like the rotation of wheels, or as electronic compasses. By using graphene, Paragraf’s sensors use about 1000 times less power than a conventional sensor.

Right now Mr Thomas’ main concern is being able to grow his company in the UK. “One of my biggest fears in the next few years is that we’re going to have to move the business quite rapidly off the shores of the UK. And that’s because there is more support. There’s more capability for us to grow with other countries,” he said.

Paragraf has benefitted from government support. Graphene was first isolated in the UK and the scientists that did it were awarded a Nobel Prize for the work. But the environment for growing small businesses into large, globally competitive ones isn’t strong enough, says Mr Thomas.

This includes suitable manufacturing sites and supply chains for businesses like his, as well as an investment culture that allows firms like his to cross what venture capitalists call “the valley of death,” from start-up scale to large scale manufacturing.

“If this goes somewhere else, it’s a crying shame. It’s a crying shame not only for the research in this country but for the government itself, having put so much money into growing this industry. We can be the heart of it, we can be the drivers for once, as opposed to the followers,” says Mr Thomas.

Jeremy Hunt acknowledged some of these difficulties in the budget – tasking the chief scientist Patrick Vallance to look at plans for regulatory reform and siting new innovation zones on spare land near universities.

There are other challenges too. Much of Britain’s scientific success is based on international cooperation. Brexit has had a significant impact on that and promised trade deals are yet to emerge. A consultation on removing tax credits for small and medium sized companies announced in the budget could also have real impacts.

For more on science and technology, explore the future with Sky News at Big Ideas Live 2022 this weekend. Find out more and book tickets here.

More money for research and development will help, but many of the problems can’t be solved by throwing money at them.

“It’s not just about people coming up with discoveries. It’s then about creating a kind of pipeline where that knowledge and the technology and the expertise can be made useful to companies and to public services and to society.”