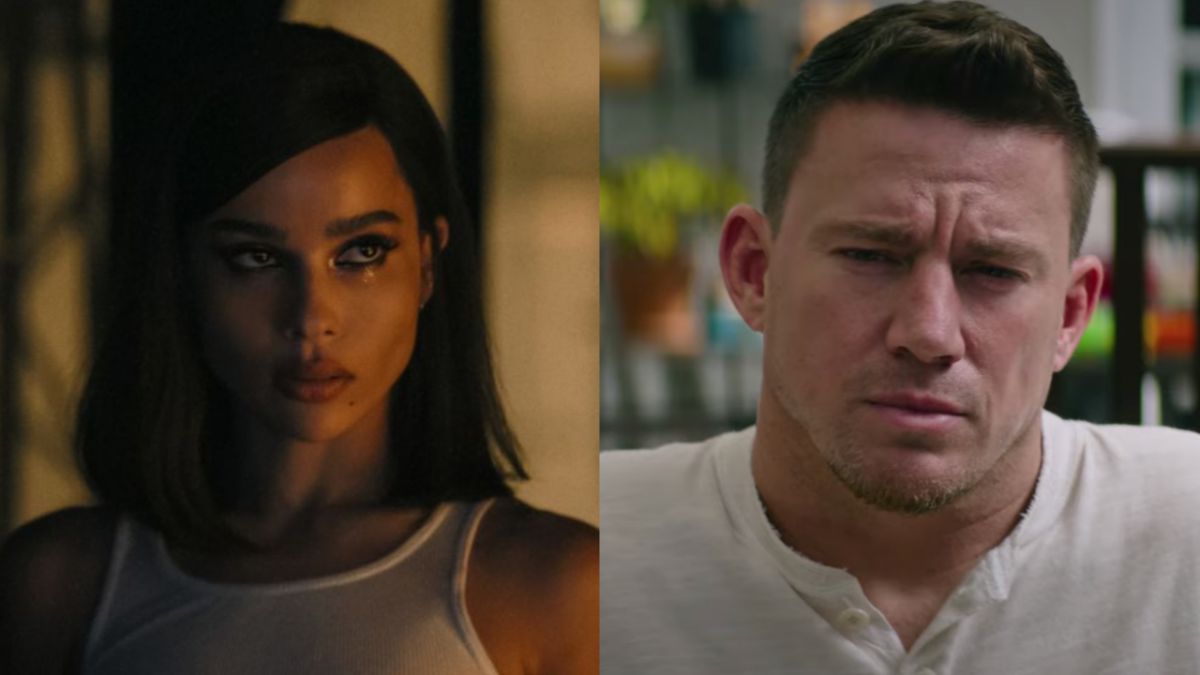 It’s been well over a year since Zoë Kravitz was spotted riding through New York City on the back of Channing Tatum’s BMX bike, fueling (true) romance rumors. Nowadays, the couple are still going strong following Tatum’s ongoing divorce with Jenna Dewan and Kravitz’s own split with her husband. As sparks continue to fly between the pair of actors, Kravitz has shared that the pair really bond through their shared love for movies.

Zoë Kravitz is set to direct her first film, Pussy Island, which stars Channing Tatum. Her boyfriend is a director himself, recently helming Dog, but as Tatum shared, he’s completely “in awe” of Kravitz’s talent in the role. These two are major cinephiles, and Kravitz recently said this about their relationship:

During Kravitz’s interview with GQ, the actress pulled back the curtain a bit regarding her bond with Channing Tatum. Their first film together? It was reportedly 1993’s True Romance, which was of course written by Quentin Tarantino and directed by the late Tony Scott.

The R-rated crime romance is a great pick for the couple. The ‘90s classic follows a pop culture geek (Christian Slater) who marries a call girl (Patricia Arquette), steals cocaine from her pimp and tries to sell it elsewhere. However, given the cocaine is owned by the mob, the couple begin getting chased down by some serious threats.

The latest update from Zoë Kravitz echoes a recent report that she and Channing Tatum are not necessarily in the nightlife scene, but more so enjoy “spending nights at home alone together with a good movie.” The report also said they are “best friends” and are in a “very serious” relationship. It’s great to hear the two actors, real-life movie lovers and burgeoning directors have found each other and its sticking.

Tatum was previously with Jenna Dewan since meeting on Step Up in 2006. The pair got married in 2009 and have one daughter, nine-year-old Everly, together. In 2018, it was announced that the couple had separated, but their divorce case is reportedly ongoing. Kravitz was previously married to Karl Glusman in summer 2019, and in summer 2021, the couple finalized their divorce.

Kravitz likely met Tatum on her movie, Pussy Island, which filmed this year, and we’d expect to become part of the 2023 movie release schedule. The actress shared that she was attracted to reaching out to the actor for the role in her movie because she felt from afar he was a “feminist” and would grab onto her project. It’ll be exciting to see what the couple does together. Until then, here’s a reminder that True Romance could be a great early date night movie.

Rich Furniss Kicks Off 2023 With Groove House Tune That’s “Out of this World”
Deadly chemical attack was work of Syria’s air force, watchdog finds
Record-breaking cold as China’s North Pole reaches low of -53C
Anna Kendrick Admits The Hardest Things She Was Ever Asked To Do For Press (And How Terrified Everyone Is Of David Letterman)
‘Once again spat on’: Braverman faces backlash for rowing back on Windrush reforms