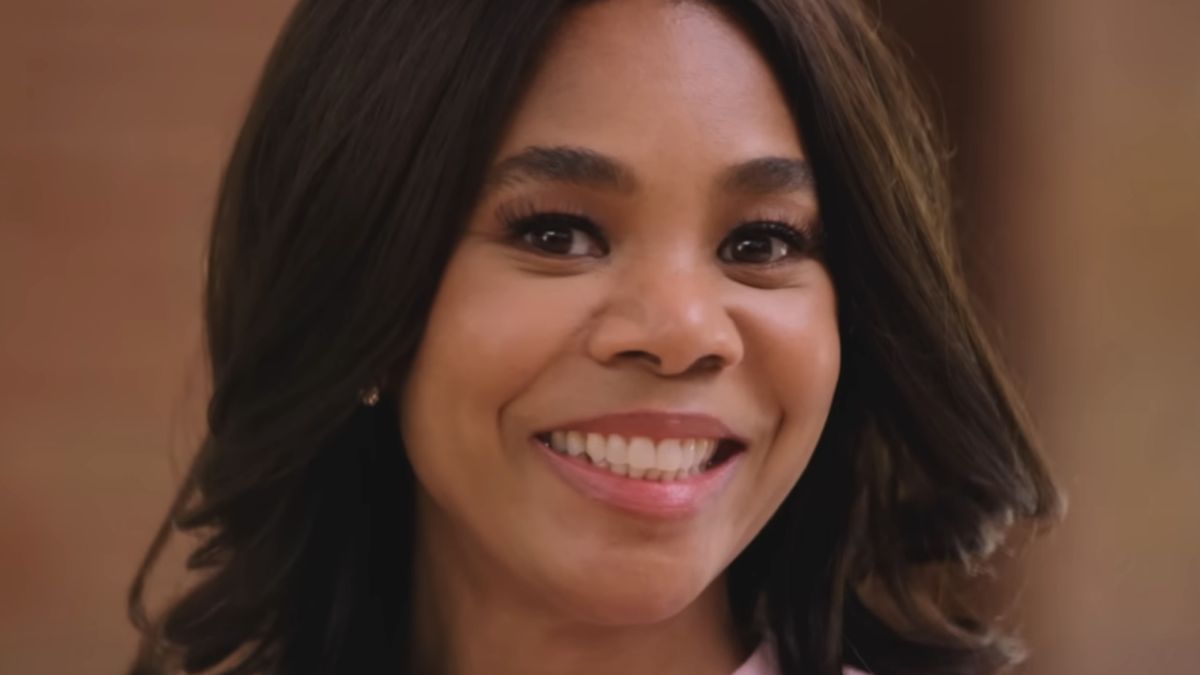 As one of this year’s Oscar hosts (along with Wanda Sykes and Amy Schumer), Regina Hall was one of the multiple celebrities to witness Will Smith’s infamous Oscar slap in real-time. Hall and her co-hosts kept the night moving while making some commentary throughout the show. Since the incident happened, Hall hasn’t commented on it much until recently when she shared her thoughts. With news of late-night host Jimmy Kimmel returning as master of ceremonies for the 2023 Oscars, the Honk for Jesus. Save Your Soul. star nodded to the slap while complimenting Kimmel.

Of course, Hall learned how to handle unexpected moments during an Oscar telecast real quickly during the ceremony. This is something Kimmel knows the importance of firsthand after the whole La La Land–Moonlight Best Picture debacle. So, he doesn’t need much advice about unplanned live TV moments. That didn’t stop ET from asking the Scary Movie alum about the comedian’s third time as Oscars host. Hall cheekily answered the question by mentioning he might need some safety precautions to prevent another infamous incident.

Luckily, the 51-year-old actress won’t feel the intensity of hosting the movie’s biggest night. Despite all the commotion following the slap, Hall did an excellent job getting the show back on track with some zingers. As for Kimmel, he shouldn’t have too much to worry about since he has hosted the awards show two times. Of course, the late-night host is no stranger to viral incidents after his controversial Emmys bit following Abbott Elementary’s Quinta Brunson’s Emmy win. So, I think audiences may need to watch out for Kimmel rather than a rogue Oscar winner.

Outside of hosting the 94th Academy Awards, Hall’s acting career has been going full steam. She spanned different genres from the horror of Master to the comedy of Me Time and Honk for Jesus. Save Your Soul. While those movies had varying success, fans are still waiting on news about Girls Trip 2, which is still in development, according to the Hate U Give actress. She did confirm her co-stars – Queen Latifah, Jada Pinkett-Smith, and Tiffany Haddish – are pushing for the sequel to take place in beautiful and sunny Brazil. Viewers will get another opportunity to see Regina Hall before then as she and the Best Man cast returned for the miniseries The Best Man: Final Chapters, which will premiere December 22 and can be watched with a Peacock subscription.

In the meantime, look over our 2022 movie schedule to see what potential Oscar contenders have yet to hit theaters. The 95th Academy Awards will air on March 21, 2023, on ABC at 8 p.m. ET. Check back with CinemaBlend to find out who gets their name called on Oscar nomination day.

New Year, New World: The Best New Fantasy Manga to Start 2023
Woman, 29, arrested after allegedly posing as a high school pupil and spending four days in classes
Chancellor’s ‘Britain needs you’ plea to the retired may be a tall order
10 Best Heavyweight Hoodies: Thick and Warm Sweaters For 2023
Hardwell & Maddix reimagine Dance Dance Revolution classic ‘Take Me Away’ by 4 Strings