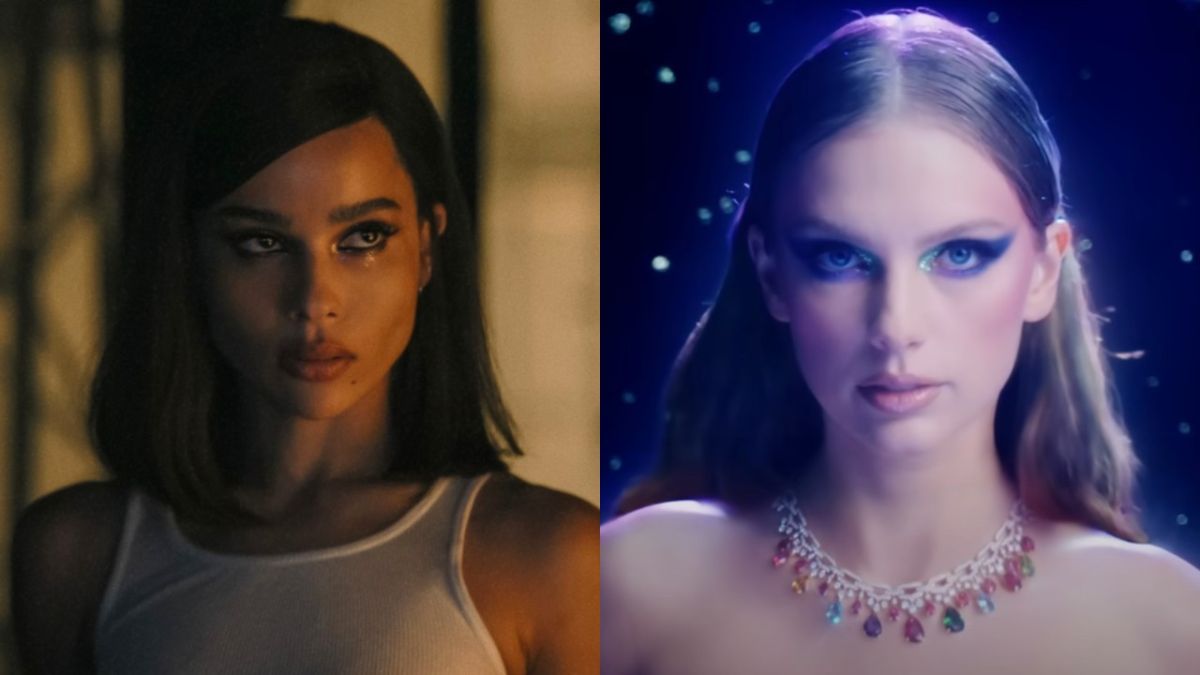 When Zoë Kravitz landed the role of Selina Kyle in The Batman cast I’d assume a pandemic was not one of the challenges she had anticipated going into the shoot. I’d also assume that she didn’t expect pop superstar Taylor Swift to be the person she bubbled with during COVID-19 while she was in London filming the DC movie. However, both things proved to be true, and now the two are not only closer as friends, but also collaborators.

Due to strict pandemic protocol, making a movie between 2020 and 2021 called for the cast and crew to have little to no social life. Since The Batman was being made toward the beginning of the pandemic these protocols were extra strict. Luckily Kravitz was able to bubble with Taylor Swift and Joe Alwyn, and what resulted was a close friendship. In an interview with GQ the actress elaborated on her time in lockdown with the long time couple, saying:

It’s so nice that these two creative geniuses were able to bubble together during the pandemic, and be with each other during a time when it was hard to find people to be with. There really is nothing like hanging out in person with your friends, and making home-cooked meals, especially during 2020 when times like that were few and far between.

What’s even better about this story is these two friends ended up turning into collaborators. Among Swift’s upcoming projects she released her album Midnights, which features longtime collaborators like Jack Antonoff and her Alwyn, Kravitz was a new collaborator. The actress helped write the opening song on the album, “Lavender Haze,” which was inspired by Mad Man and the upbeat sassy tune “Karma.” She also had an itty-bitty cameo in Swift’s Easter egg-filled music video “Bejeweled.” Based on how much they worked together, Swift seems to truly admire Kravitz, and this was confirmed when the singer said:

I love that Kravitz was able to show off her musical talents on such a big stage. However, she’s been making music for a while. She’s been the front woman of the R&B duo LOLAWOLF and has released two albums. Music and acting also are just two of her many talents. She co-wrote and starred in the Hulu show High Fidelity, and she will be making her directorial debut with the thriller Pussy Island (which also stars her beau, Channing Tatum).

You’ll likely be able to hear the songs Kravitz co-wrote when Swift goes on tour, and if you want to see the multi-talented actress on screen, you can watch her as Catwoman in The Batman with an HBO Max subscription.

Search for missing British actor in California hampered by bad weather
Could Scooby-Doo 3 Still Happen? Here’s What Sarah Michelle Gellar Thinks
HBO’s The Last of Us Renewed for Season 2 After Just 2 Episodes
The Best New Book Titles, According to Goodreads
Record-breaking cold as China’s North Pole reaches low of -53C