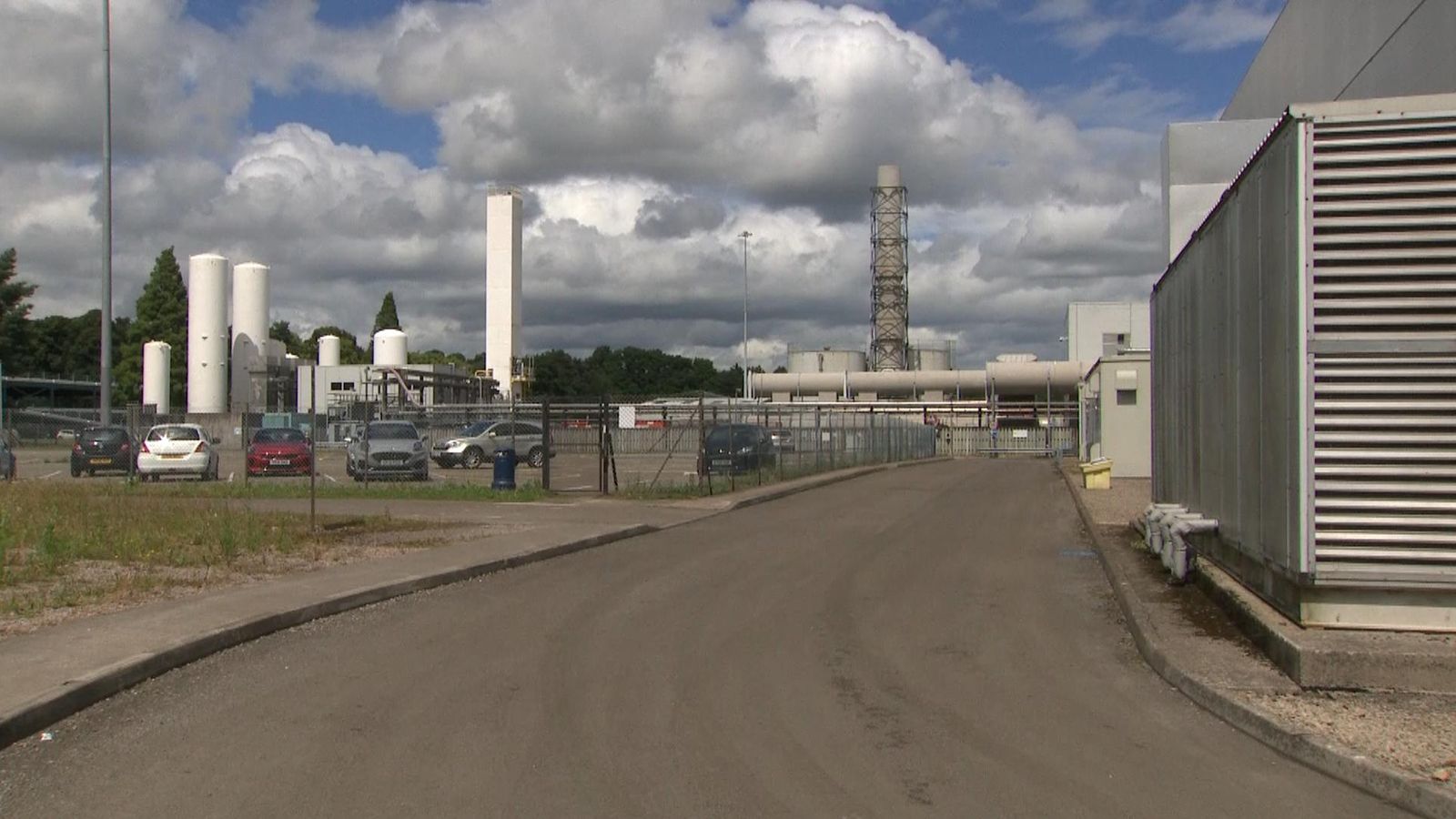 A Chinese-owned tech company has been told to sell the majority of its stake in a UK silicon chip factory due to security concerns.

The government has said Nexperia must reduce its stake in Newport Wafer Fab by 86%, back to its previous holding of just 14% when it took over the firm in 2021, in an effort to “mitigate the risk to national security”.

Nexperia responded to the announcement with shock and frustration, saying it does not accept the state’s rationale and 500 jobs are now at risk.

“The far-reaching remedies which Nexperia offered to fully address the government’s concerns have been entirely ignored,” the company said in a statement.

“The UK government chose not to enter into a meaningful dialogue with Nexperia or even visit the Newport site.

“More than 500 employees in Newport also raised their own significant concerns about such a divestment – the government has chosen not to listen to them and instead taken this decision which puts the livelihoods of them and their families, as well as more than £100m of taxpayers’ money, completely unnecessarily at risk.”

The company said it will challenge the order in an effort to keep the factory and jobs.

The acquisition of the Newport Wafer Fab factory had been investigated by government over national security concerns.

The factory has for decades been a critical site, producing tiny silicon chips. Currently there is a global shortage of the semiconductors that go in cars and everyday electronics.

The investigation took place under the new National Security and Investment Act, which grants power to the government to retrospectively intervene in a deal. Nexperia had already completed its purchase of Newport Wafer Fab for a reported £63m.

Security concerns were raised by the industry and MPs alike.

Wednesday’s statement from the Department for Business Energy and Industrial Strategy identified security concerns, saying that potential development of compound semiconductors at the Newport site could “undermine UK capabilities”.

Ciaran Martin, the former chief executive of the National Cyber Security Centre, described the acquisition as posing a greater threat to British interests than Chinese company Huawei’s involvement in the 5G network.

The former chair of the Commons Foreign Affairs Committee, Tom Tugendhat had expressed concern that companies particularly in China, had a track record of using foreign investments to gain access to important technologies and information.

An announcement of the investigation results has been continuously delayed. The original deadline for a decision was due in June, but the BEIS asked for a 45-day deadline to make its decision.

It was beset by further delays as the Tory leadership contest trundled on over the summer and the government played political musical chairs following the departure of former chancellor Kwasi Kwarteng and subsequently former prime minister Liz Truss.

The extended September and October deadlines passed without decision.

What happens next is unclear. The Financial Times reported that previous owner Nelson hopes to buy back the company. Under the terms of Nexperia’s takeover Nelson has the first opportunity to buy it back.

Nexperia has consistently said it and its parent company Wingtech are separate from the Chinese state.

Can Freedom of Speech Destroy Freedom of Speech? Facebook Says Trump Can Come Back. By Howard Bloom
8 Best Cheap Wallets For Men Of All Sizes and Styles in 2023
A Cinderella Story’s Hilary Duff Is Proud of Jennifer Coolidge
British teenager whose videos were linked to two mass murders in US is jailed
Sylvester Stallone Denies Claims Pamela Anderson Made About Offering Her A Porsche To Be His ‘Number 1 Girl’