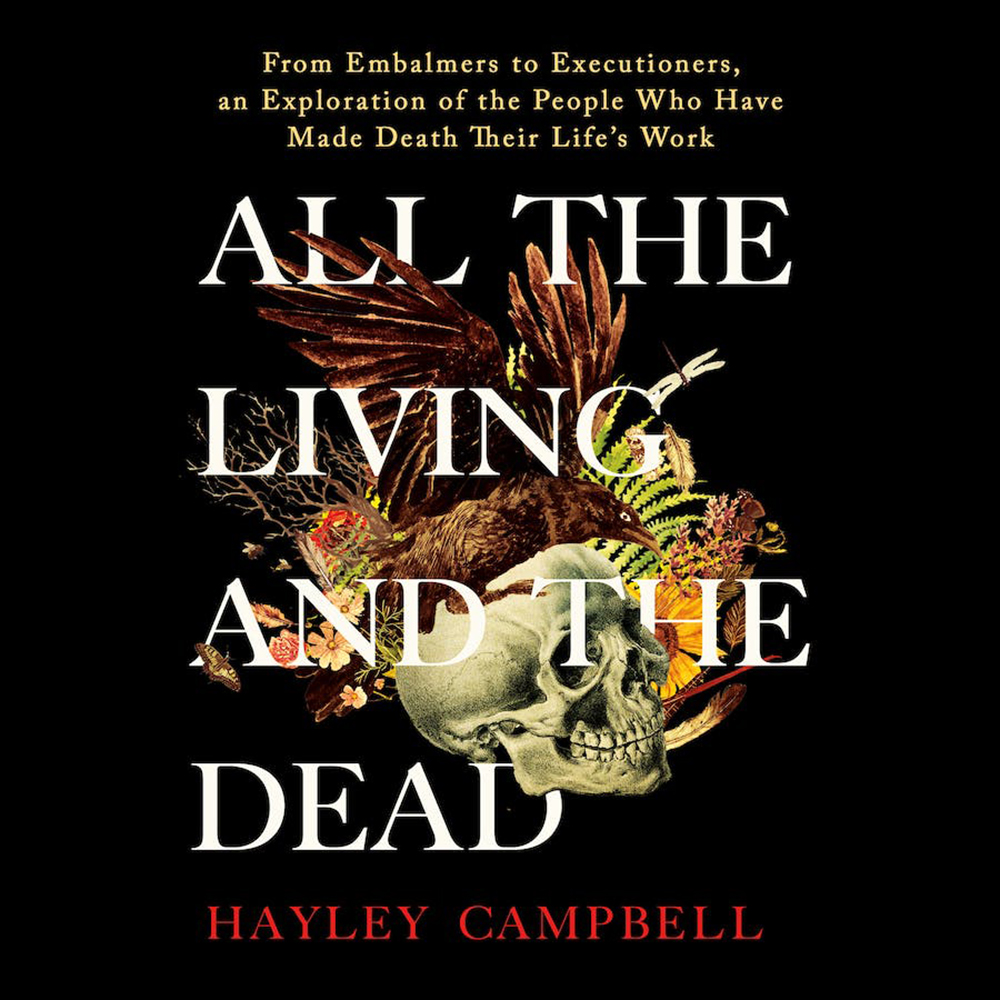 From childhood, death neither repulsed nor frightened Hayley Campbell but instead spurred her curiosity. So it was only natural that Campbell, a freelance journalist based in London, would interview people who make a living from death: not just a funeral director and an embalmer but also a crematorium operator, a crime scene cleaner, an executioner and more.

In All the Living and the Dead: From Embalmers to Executioners, an Exploration of the People Who Have Made Death Their Life’s Work (9 hours), author and narrator Campbell is a probing investigator who elicits honest answers from her subjects. She is also an active observer of their work, even dressing a dead man for his funeral. With each interview, it’s clear she is affected by the presence of death, particularly after witnessing the preparation of a baby’s body for a forensic autopsy.

Campbell’s voice becomes more introspective as she considers how the actions of death workers enable the living to meet death on their own terms. Though ironic at times, she is never ghoulish. Instead, her tone is always even, quietly emphasizing that death is the most natural thing in the world.