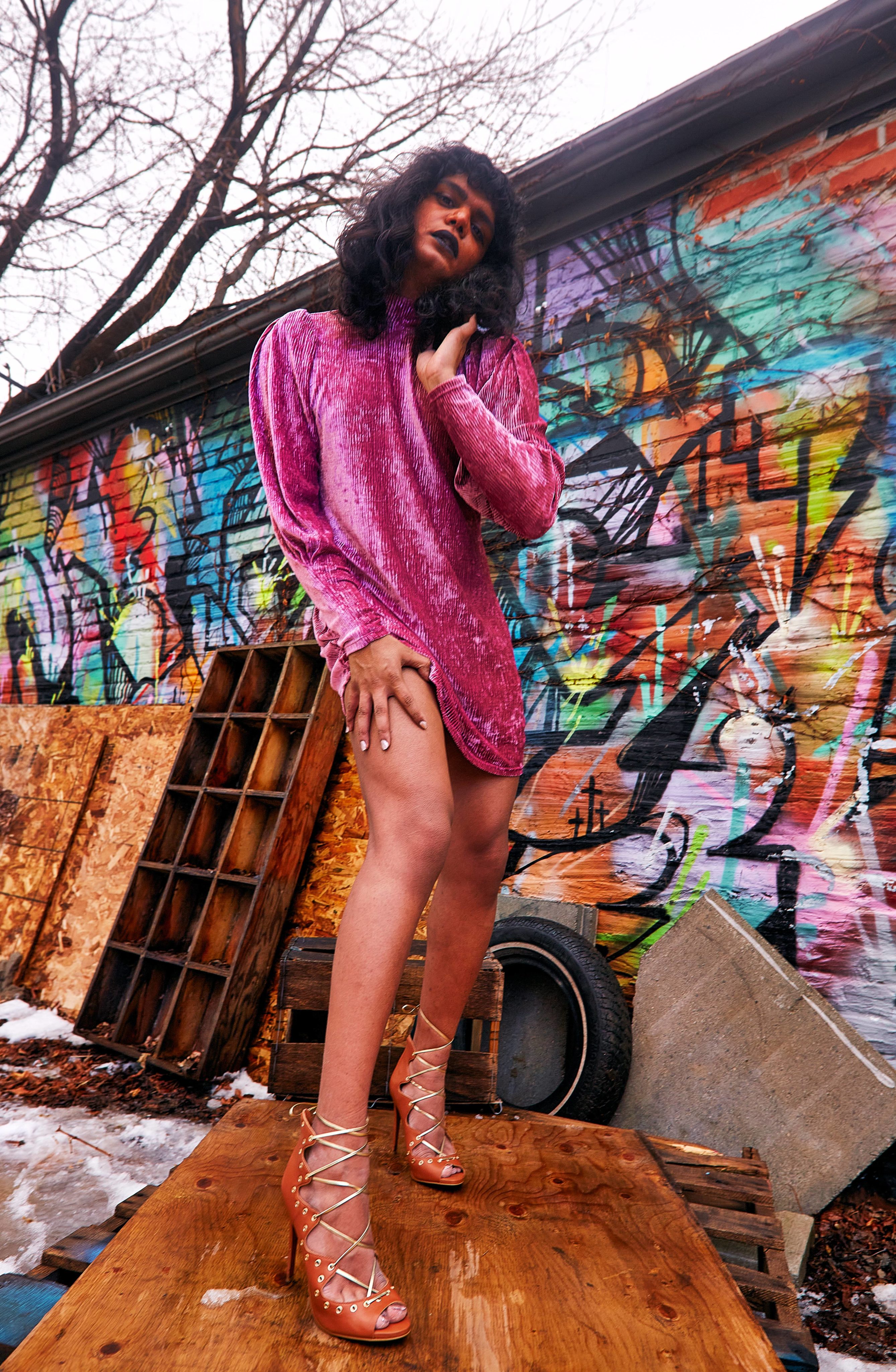 CBC’s hit show Sort Of is ramping up to shoot its sophomore season. We connected with star Bilal Baig to learn what might be ahead for Sabi, the gender fluid Muslim nanny.

Bilal Baig moved into a new apartment in Toronto a few months ago and apologizes for “the mess.” But there isn’t much visible on my computer screen, even when Baig takes me on a video tour. They show me the yellow walls in the living room, purple in the kitchen, and the art by Harmeet Rehal and Meera Sethi they haven’t had time to hang because Sort Of, the CBC and HBO Max original comedy written by Baig and Fab Filippo, has been renewed for season two and shooting starts this spring.

Since launching last fall, the show has been hailed for breaking barriers – from its normalized portrayal of trans people to Baig being the first queer South Asian Muslim actor in a Canadian primetime series. Unlike that other CBC show with an LGBTQAI2S+ lead, Schitt’s Creek, Sort Of has little to no camp and zero stereotyping. “One of the things we didn’t want to see was somebody snap their fingers and read somebody down,” Baig says, swishing their hand around and using the slang for pointing out a person’s flaws. In fact, the realness is what makes the show so widely relatable. When Baig’s character, Sabi Mehboob, reveals to their mother they are working as a nanny, she looks at them in horror and replies, “Like Mary Poppins?”

Uh, not exactly. For starters, Mehboob is often dressed in boho layers for day and shiny minidresses by night. Shelley Mansell, costume designer for season one, mined the wardrobe from local Toronto shops selling both new and secondhand including VSP Consignment, Fashionably Yours, Second Nature and Rewind Couture.

Baig, too, is an enthusiastic thrifter, citing Common Sort, Nouveau Vintage and Black Diamond as their favourite destinations. “I like things that feel lived in,” they explain, adding a desire to shop responsibly is also top of mind. “When I was in high school I was really silly with my money. I got a part time job at Baskin Robbins and all I did was buy clothes.”

Today’s look is a floaty butterfly print top, pleather leggings, a filigree cuff, and three of their mother’s bangles. Raiding her jewellery box is something Baig started as a child growing up in Mississauga.

“There wasn’t a punishment associated with me wanting to wear my mom’s bangles or explicitly exploring my femininity at an early age,” they note. “My parents had some very strong values on how they wanted us to be raised and at the same time, there was a lot of freedom in my childhood to express myself.”

Not fearing rejection allowed Baig to grow in a way they may not have otherwise, they believe. “And interestingly, I think my parents are on their own journey of learning more about themselves too.”

So what can fans expect in season two?

For starters, there might be romance on the horizon. “I think it’s so delicious where we’ve left Sabi at the end of season one,” Baig says, with a smile stretching across their rose pink lips. Mehboob had to give up plans to join their BFF in Berlin when the mother of the children they look after has a serious bike accident. That and “sort of” coming out to their own mother combine for an emotional growth spurt that pushes the character to a new level of maturity for season two.

On April 10, the Canadian Screen Awards will air with Sort Of leading with 13 nominations. And whether Baig and their colleagues take home top honours, they have already won in ways that are far more personal.

“My DMs are so full of really beautiful expressions of love and gratitude from lots of different kinds of people,” Baig says. “People talk about how they watch the show with their parents and that their parents have started to use their pronouns correctly, or at least really making a strong effort to. Folks have messaged me letting me know that they feel more certain than ever that they will transition or come out to their family. It’s like this spirit of opening. It means that it has reached people and changed lives and opinions, and that’s major.”