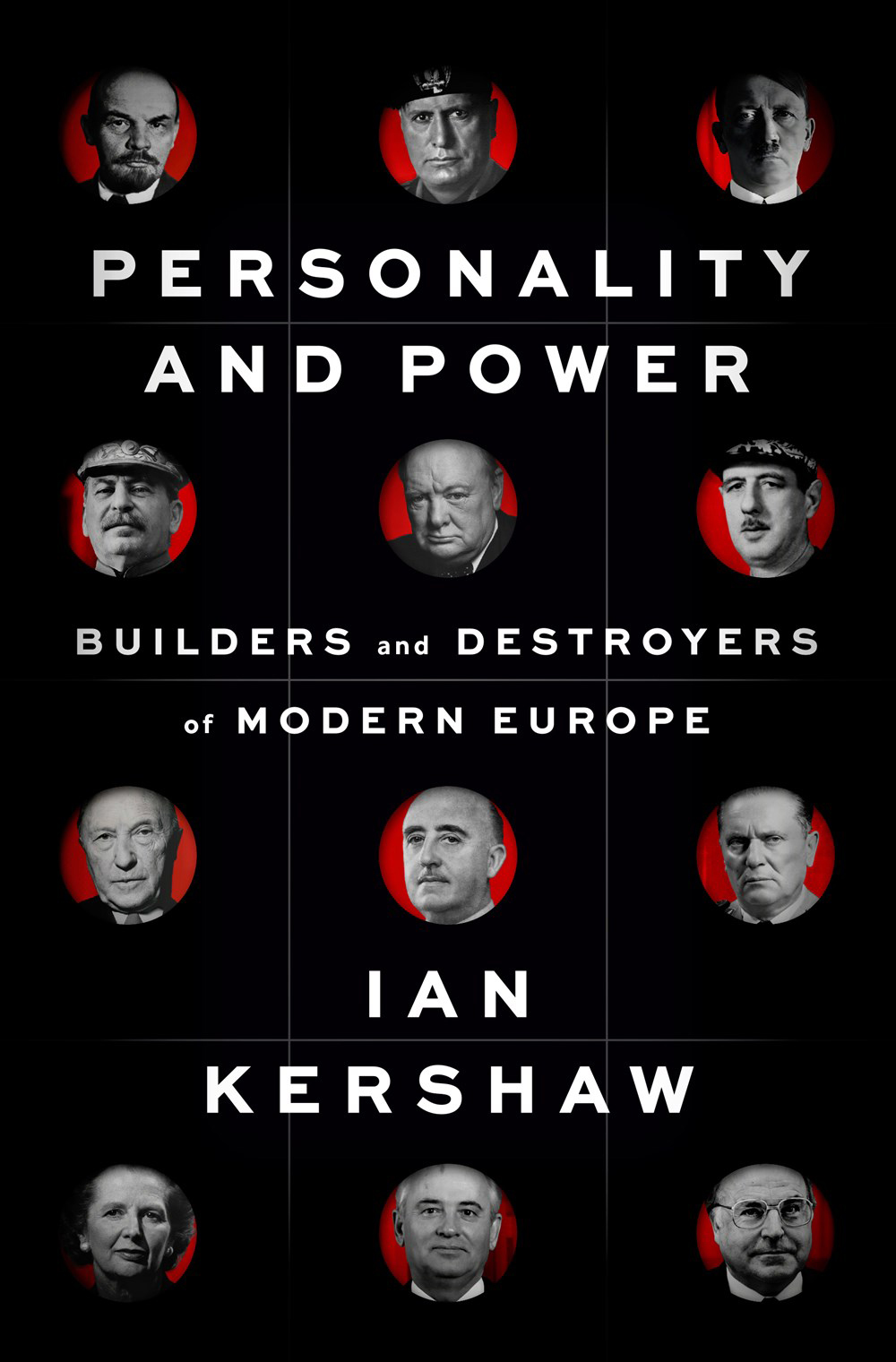 How important are individuals in the shaping of history? Twentieth-century Europeans knew leaders whose decisions, good or ill, transformed their countries, the continent and, in some cases, the world. Ian Kershaw, one of our leading historians of the period, focuses on 12 of them in his enlightening and stimulating Personality and Power: Builders and Destroyers of Modern Europe. They range from the Russian revolutionary leader Vladimir Ilyich Lenin to Helmut Kohl, chancellor of West Germany in 1989 when the Berlin Wall came down. We learn of the personality traits and historical preconditions that brought each person to power, and Kershaw provides examples of how that power was used and an assessment of each leader’s legacy.

War was the most important enabler of power in the 20th century. Without World War I, the chances of Lenin, Josef Stalin, Benito Mussolini and Adolf Hitler becoming leaders would have been virtually zero. Without World War II, it is unlikely that Winston Churchill, Charles de Gaulle or Josip Broz Tito would have led their countries. Of the 12 figures in Personality and Power, only Konrad Adenauer, Mikhail Gorbachev and Kohl were never war leaders. (Francisco Franco had the Spanish Civil War, and Margaret Thatcher the war in the Falklands.)

Each leader profiled here had a strong sense of self, a relentless will to succeed and the ability to get complete loyalty from followers. Some have dark legacies, such as Hitler with the Holocaust and Lenin with communism, that still endure. Other legacies are more mixed. Between 1940 and 1945, probably no European democracy had a leader with more power than Winston Churchill. He was somewhat of a political failure before that, and his later return as prime minister from 1951 to 1955 was not a great success. But his example during the war continues to inspire people today. Similarly, although Gorbachev’s years in power were few, it is unlikely that anyone else could have instigated and pursued the policies that led to the collapse of the Soviet Union and the end of the Cold War. Leadership changed, however, and his policies were reversed.

These excellent in-depth profiles of major figures and their influence on millions of people help us better understand why the world is as it is today.