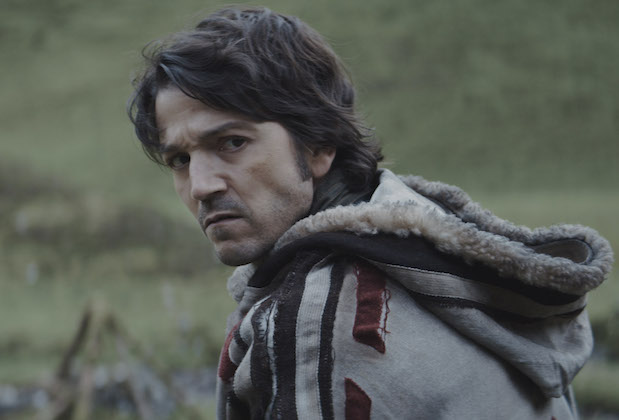 The origin of Rebel Alliance intelligence officer Cassian Andor and what drew him into the good fight is at the fore of Disney+’s latest live-action Star Wars series, which is a slow-burn espionage tale worth sticking with.

SIGN UP FOR DISNEY+ to watch The Mandalorian, She-Hulk, Obi-Wan Kenobi, Ms. Marvel and more!

Premiering this Wednesday with its first three episodes of 12 (I have seen the first four), Andor — save for some flashbacks to a formative incident from the title character’s childhood — is set five years prior to the events of the 2016 heist drama Rogue One: A Star Wars Story. (Season 1 will span a year in time, while Season 2 will cover the remaining four.)

The premiere finds Cassian (again played by Rogue One‘s Diego Luna) skulking around the red-light district on the planet Morlana One, where he is furtively asking around about someone who disappeared from his life. Following a most unfortunate series of events, Cassian flees home to the mining planet Ferrix, with Deputy Inspector Syril Karn (Poldark‘s Kyle Soller) of the Imperial corpos hot on his tail. With the action switching to Ferrix, we meet Maarva Andor (Killing Eve‘s Fiona Shaw), Cass’ adoptive mother; Bix Caleen (Emerald City‘s Adria Arjona), a salvage yard mechanic who has a complicated past with Cass; and B2EMO (voiced by Dave Chapman aka BB-8), a uniquely charming droid who has been at Maarva’s side for years. 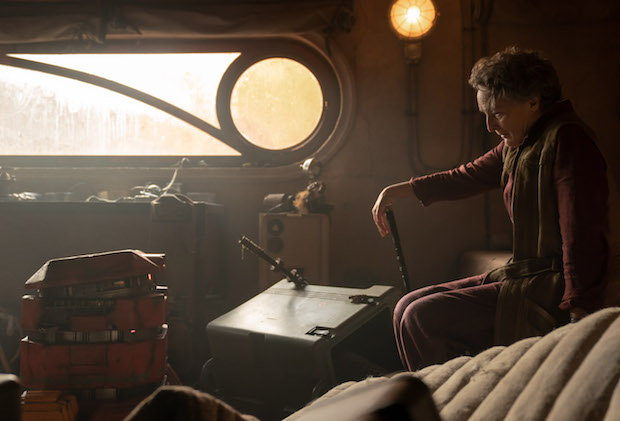 Cassian’s extremely precarious situation leads him to request a favor from Bix, who through her business exploits has an “in” with the well-connected Luthen Rael (Chernobyl‘s Stellan Skarsgård). Other cast members include Genevieve O’Reilly (reprising her Rogue One/Revenge of the Sith role of Mon Mothma), Denise Gough (Under the Banner of Heaven), Faye Marsay (Deep Water) and Ebon Moss-Bachrach (The Bear), while Forest Whitaker will reprise his own Rogue One role of Saw Gerrera.

What makes Andor stand out from most Star Wars TV series that came before it is that it is not here to answer some burning question steeped in mythology from any film trilogy  — e.g. “How did Boba Fett escape the Sarlaac Pit?” “What was Obi-Wan Kenobi up to between Episodes III and IV?” Instead, it takes its time in establishing its own world and a medium-stakes situation, gradually steering its imperfect hero toward an unplanned destiny. 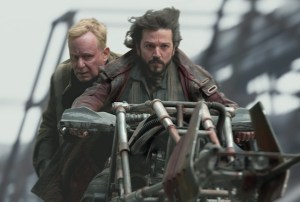 Judging by the measured reader response to TVLine’s Andor coverage-to-date, perhaps you don’t consider yourself innately vested in the tale to be told here. Yes, it’s a bit of a slow burn in the early goings — the decision to launch with the first three episodes, which run just 35-40 minutes each, was a prudent one —  but by the end of Episode 3 (and absolutely at the close of Episode 4), you’ll be most anxious to see what happens next. Rogue One co-writer Tony Gilroy serves as showrunner and penned Andor’s first three episodes (as well as Eps 11 and 12), and you can fell the same, smart, caper-based tone he brought to Cass’s big-screen introduction.

In discussing what distinguishes Andor from The Mandalorian, The Book of Boba Fett and Obi-Wan Kenobi, we must also talk about its look. As TVLine reported, Andor did not use The Volume, the super-HD digital backgrounds that provide backdrops for Disney+’s previous Star Wars series, and the difference is not only refreshing, but frankly staggering. The streets and alleys of Morlana One and Ferrix feel gritty and tactile. Backgrounds have actual depth. Valleys are lush. Earthen paths are not putting-green perfect. The result is a truly cinematic look that Mando et al surely believe they are emulating, yet not to this degree. 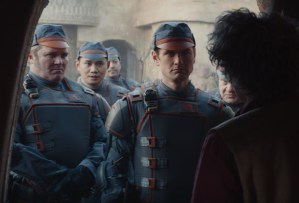 THE TVLINE BOTTOM LINE: This is the Star Wars series you’re looking for. Don’t sleep on it.

Elton in tears as Biden surprises him with medal at White House gig
Will Laroca Drops Addictive, Pop Oriented House Track, “Holy Ones”
Real living wage increased early so workers don’t have to choose between ‘heating or eating’
Keeping a young girl company as she walks through grief
A Ghost in Shining Armor