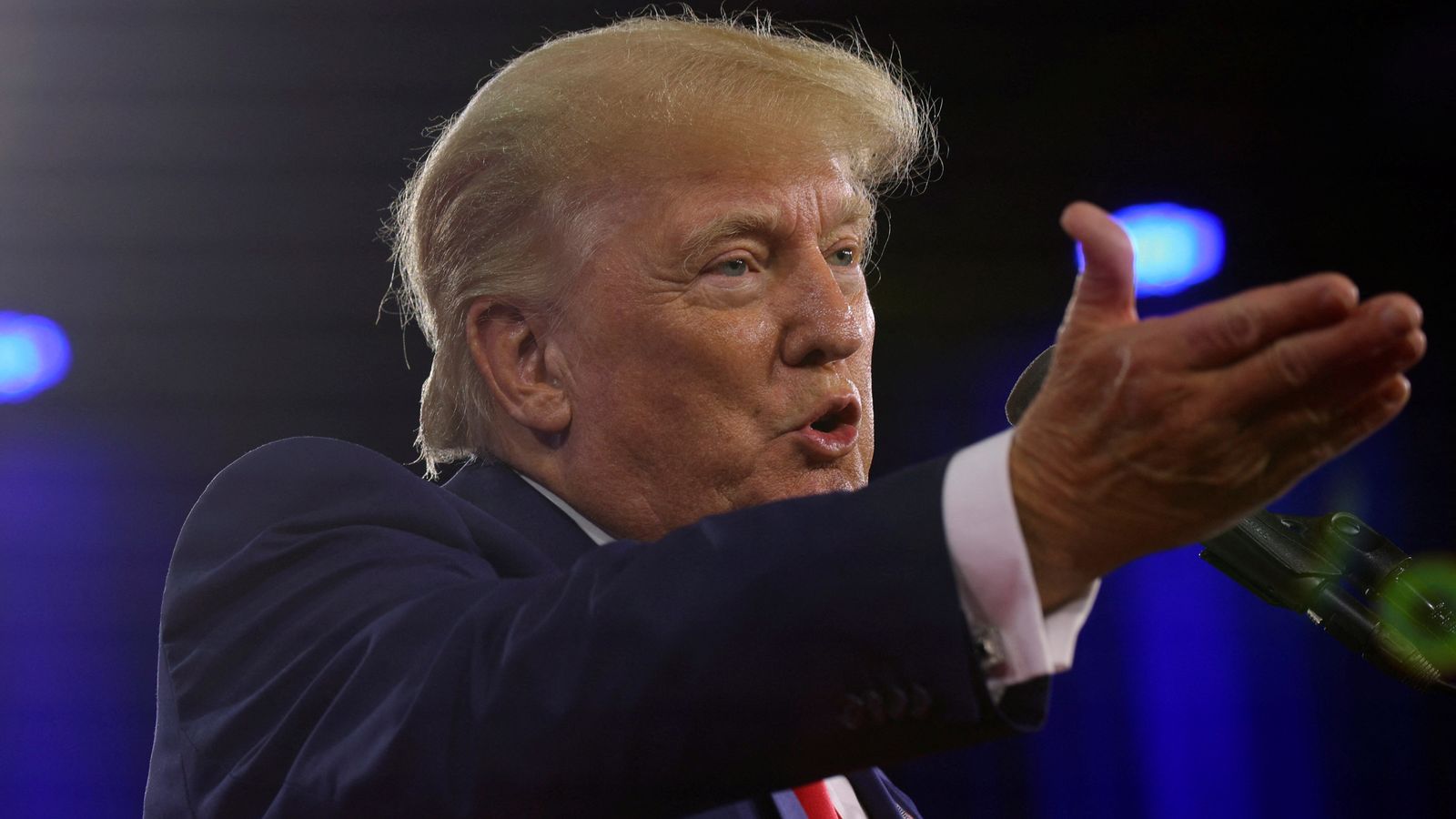 “These are dark times for our Nation, as my beautiful home, Mar-A-Lago in Palm Beach, Florida, is currently under siege, raided, and occupied by a large group of FBI agents,” Mr Trump said in a statement.

“Nothing like this has ever happened to a President of the United States before.

“After working and cooperating with the relevant Government agencies, this unannounced raid on my home was not necessary or appropriate.

“It is prosecutorial misconduct, the weaponization of the Justice System, and an attack by Radical Left Democrats who desperately don’t want me to run for President in 2024, especially based on recent polls, and who will likewise do anything to stop Republicans and Conservatives in the upcoming Midterm Elections.

The Justice Department has been investigating the discovery of boxes of records containing classified information that were taken to Mar-a-Lago after Mr Trump’s presidency had ended.

It was not clear whether the FBI search was connected to that probe.

Labour surge to biggest poll lead over Tories since 2001 ahead of Keir Starmer’s speech
Why Kendall Jenner Says She Was “Chill” About Showing Her Nipples in First Runway Show
Canadian Right-Wing Book Banning Groups Don’t Know How School Boards Work
The Most Realistic Part of Blonde Is the Costuming
Madeon switches gears for bass-fueled, 57-track set at Lost Lands [FULL SET]