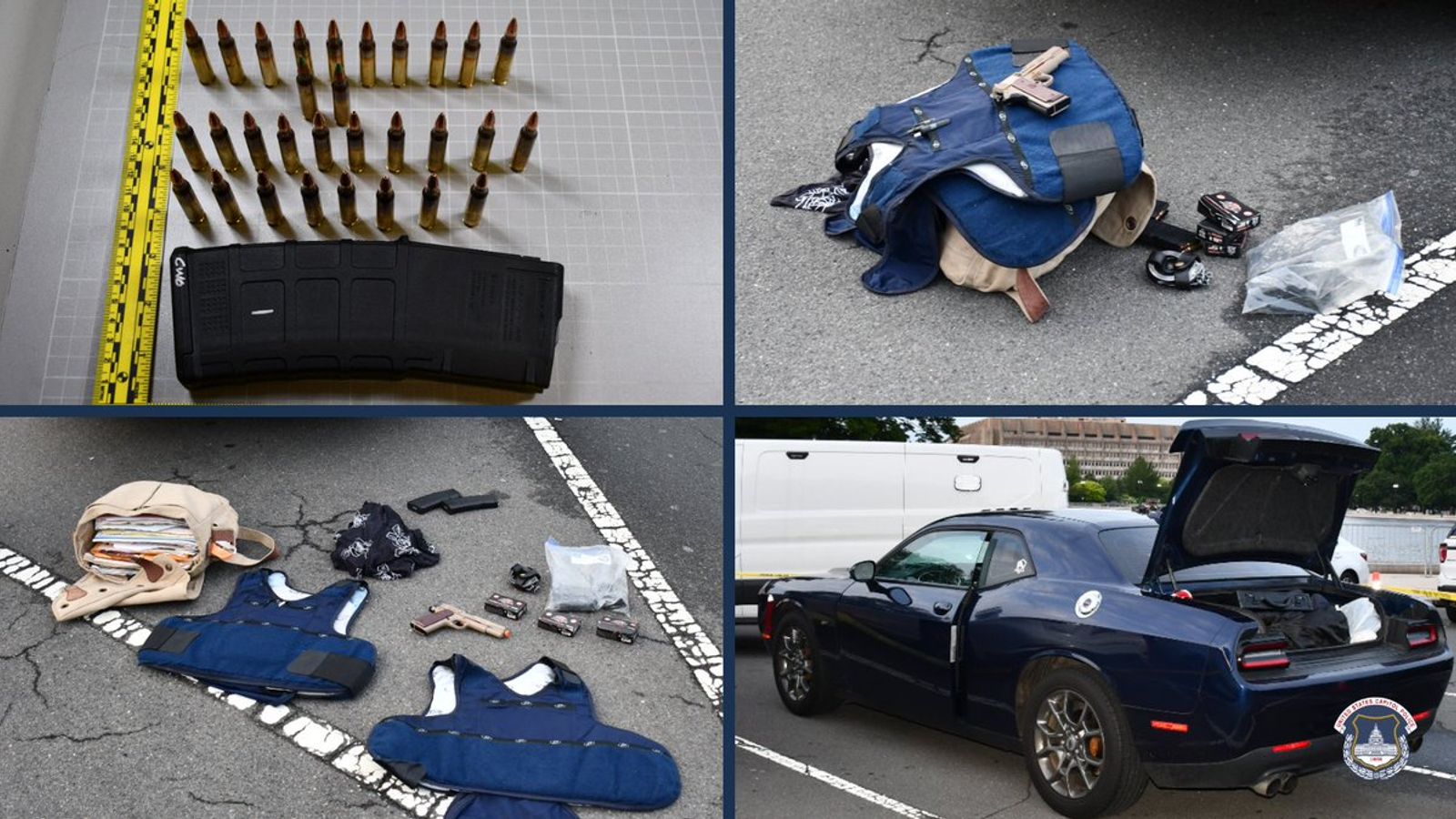 An ex-police officer has been arrested outside the US Capitol after he was found with a fake badge, body armour, a BB gun and ammunition that included high capacity magazines.

Jerome Felipe was approached by US Capitol Police (USCP) officers after he had parked his car near the building in Washington DC at about 5am on Friday.

The 53-year-old retired New York police officer then showed a fake badge that read “Department of INTERPOL” and said that he was a “criminal investigator with the agency”.

He was taken into custody and is facing charges of unlawful possession of high capacity magazines and unregistered ammunition.

Investigators are still trying to determine why Felipe was parked near the building.

Tom Swift: Cancelled by The CW; No Season Two for Mystery Drama Series
Chanel’s Welcome Alternative to the Micro-mini
The 50 Best Book Covers of 2021, As Chosen By Graphic Designers
Listen To GRiZ’s Inspirational End-Of-Set Speech From Electric Forest [VIDEO]
Avatar 2 Director James Cameron Issues a Warning on the Film’s Runtime