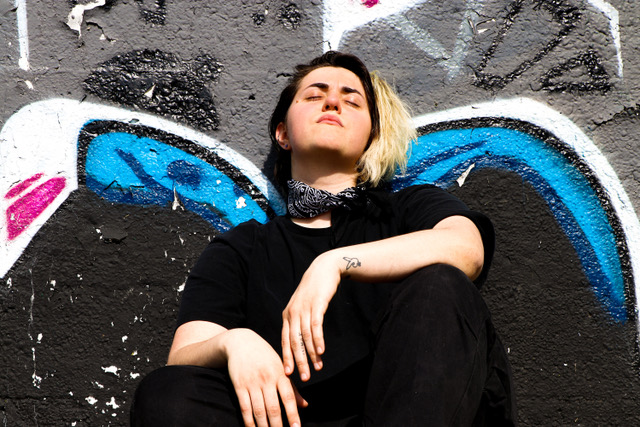 With a massive lineup of collaborators already this year, which includes names such as Runnit, Bass Ventura, Jack the Human and Wreckno, as well as the talent to match her impressive accolades, HerShe is one of the most exciting names to keep on your radar this year. Taking inspiration from multiple electronic music genres, while priding herself on using her platform as a way to spread positive social messages, especially to other aspiring female and LGBTQ+ musicians, HerShe’s talents span from singing and songwriting to beatboxing and DJing, something which is evident in her freshly-released EP.

Titled Breath Control and spanning over 4 tracks, HerShe’s brand new EP includes the previously released single “The MASK,” on top of three brand new tunes that are bound to resonate with her growing audience. Kicking off the EP, “RUMORS” features intoxicating vocals and explosive mid-tempo drops, while “HITTEM WITH THE JERSEY” continues the sonic journey; a track which was created by HerShe exclusively by beatboxing. “NEUROTIC” is yet another gem, combining heavy rap vocals with minimal, trap-driven drops.

Thames Water plots £1.5bn cash call to turn reputational tide
Two-year extension of steel tariffs despite plea for imports from manufacturers
Game of Thrones Spinoff Was Kit Harington’s Idea, According to George R.R. Martin
Voters fed up of hearing how I ‘stuffed up’ PM says as he plays down by-election defeats
‘We cannot carry on with business as usual’: Oliver Dowden quits as Tory chair after by-election mauling