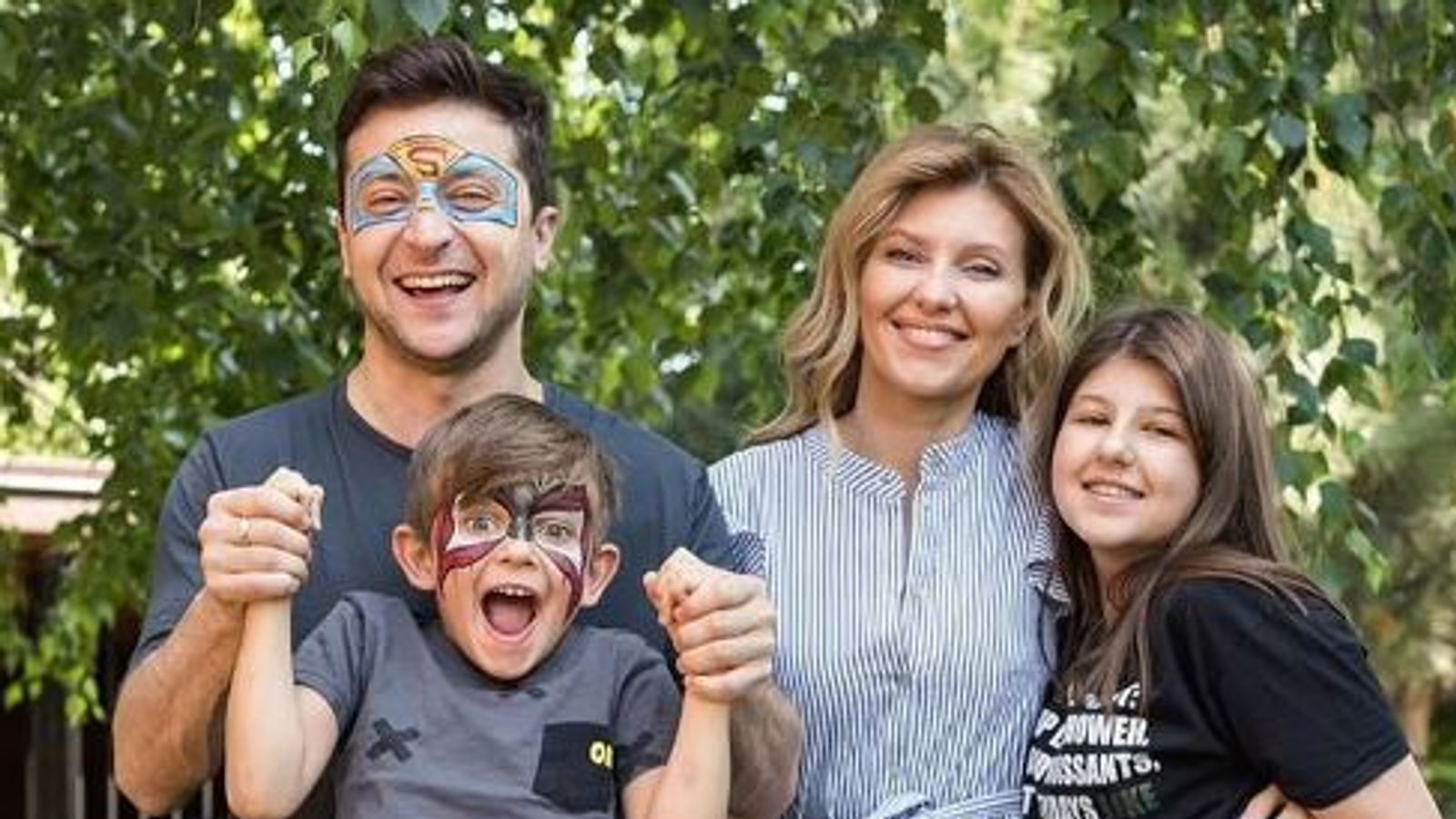 Volodymyr Zelenskyy’s wife has revealed what she considers to be Vladimir Putin’s “fatal mistake” – as she discussed what life has been like for the Ukrainian president’s family during the Russian invasion.

Olena Zelenska said she realised the war had begun when she heard a “clunk” and “didn’t immediately realise it was an explosion”.

It was between four and five in the morning and her husband was putting on a suit – the last time he wore such formal attire before switching to military clothing.

“It started” was all he said, Mrs Zelenskyy told Vogue magazine. He asked her to gather “essentials and documents” and left the house.

That the invasion would galvanise Ukrainians and “combine the personal and public” appears to have been lost on the Russian president, she said.

“He wanted to divide us, to shatter us, to provoke internal confrontation, but it is impossible to do this with Ukrainians.”

“And this is probably the fatal mistake of the tyrant who attacked us. We are all Ukrainians first, and then everything else.”

Russia broke its pledge to target military sites only on the first day of its invasion, Mrs Zelenskyy said.

“On 24 February their attacks killed a civilian gas service dispatcher named Svetlana, in Chuguev, who was simply doing her job. That was the first day.”

By the third day of the war, a baby had been born in a bomb shelter.

“After that, thousands of women have had to give birth in bomb shelters, because we’ve seen what can happen to maternity hospitals like the one in Mariupol, which the Russians bombed,” she said.

There are “tens of thousands of women with children” in the “ruins of Mariupol”, Mrs Zelenskyy added, describing the port city as “our terrible pain”.

And the war has raised the “deepest patriotic feelings in our children”, she said.

“Not only my children, but all the children of Ukraine. They will grow up to be patriots and defenders of their homeland.”

She and her son and daughter are talking to Mr Zelenskyy “only by phone”.

“It was necessary to take care of the children, their emotional states. So I tried to be confident, smiling, energetic,” Mrs Zelenskyy said.

“There is no need to explain anything to children. They see everything, as does every child in Ukraine.

“Surely, this is not something that children should see, but children are very honest and sincere. You can’t hide anything from them.”

The best strategy with children is the truth, she said. “We’ve discussed everything with my daughter and son. I have tried to answer their questions.

“We talk a lot, because to say what hurts, to not remain silent within yourself – this is a proven psychological strategy. It works.”

Mrs Zelenskyy told the story of a doctor, Iryna Yazova, who remained in Bucha, where civilians were killed in the streets.

“She rescued neighbours and strangers who were seeking shelter and treatment from Russian gunshot wounds,” she said.

“She anesthetized and bandaged them. She even helped to deliver a baby without light, water, and gas, in a house under fire.”

Asked what Ukraine needed, she reiterated her husband’s request for a no-fly zone.

“Russia knows that the West will not cover the sky, and this fact encourages it to commit atrocities,” Mrs Zelenskyy said.